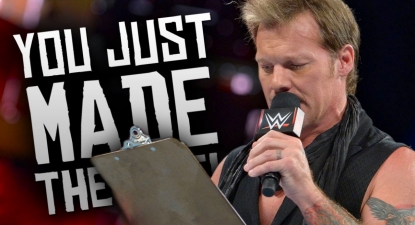 Those Superstars (and more) are on the potential-list for WWE DVDs/Blu-rays under consideration for release in late 2017 through 2018. WWE has revealed the names of 15+ match compilation and documentary concepts in a survey sent out to “Fan Council” members this week.

Other goodies we know could be in the works include the likes of a 1998 retrospective, a New Day documentary, a Shane McMahon compilation, “The Best of Superstars”, and “The List” itself even gets some love in what would be WWE’s third Chris Jericho DVD!

The year that brought us Stone Cold’s first WWE championship reign, the birth of the evil boss Mr. McMahon, the rise of The Rock, the RE-birth of D-Generation X with Triple H’s new leadership, Sable and her ‘hand print bikini’, and the debuts of several attitude era stars such as Edge and Val Venis. 1998 was the Austin Era, and ‘attitude’ was in full-swing.

After a remarkable first month in WWE, Finn unfortunately needed surgery that put him on the shelf for several months. During that time, WWE cameras had unprecedented access to Finn, following him to surgery, through rehab, back to Ireland with his family, all the way up to his eventual return to RAW in April.

A big man who broke the mold, Kevin Nash’s unique personality and superb athletic ability helped him rise to the top of the WWE ranks in route to becoming Champion. But Nash didn’t stop there, as the 7-footer was the very first man to “jump ship” to WCW and kick-start the Monday Night Wars. A true rebel, and founding member of the nWo, Kevin Nash holds a special place in wrestling history.

Sometimes the best things happen by accident. When three talented-but-directionless superstars were paired together, the initial results were far from positive. But once Kofi, Xavier, and Big E flipped the switch and found their niche… it was magic, and the WWE Universe began clapping & singing along with the Power of Positivity. Witness the unlikely rise of The New Day, as they solely evolve into one of the most popular entertainers in WWE.

Get exclusive access to Goldberg as he makes his long-awaited return to WWE. Get up close and personal with Bill as he speaks about his family, his reasons for returning, and his goals for the future.

Woooo! WWE Home Video takes you behind-the-scenes and follows Charlotte Flair as she prepares for one of the biggest matches of her career! Hear from “The Queen” herself as she shares what it was like growing up under the tutelage of her father WWE Hall of Famer Ric Flair and the path she took to become a multiple-time WWE Women’s Champion. If there’s anything this 3-disc collection packed with extras will show you is if you’re gonna do it, do it with Flair! 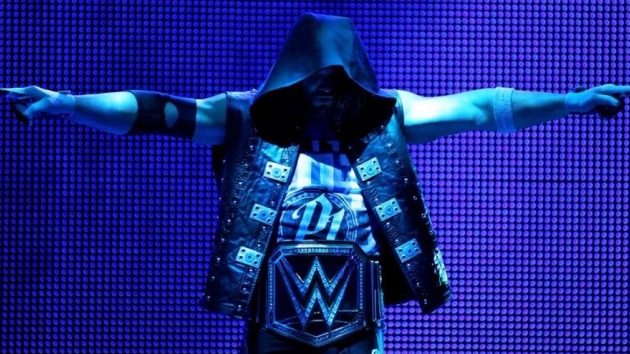 This compilation would feature the most phenomenal matches of AJ Styles’ first two years in WWE. No superstar wowed the audience during that time quite like “P1” AJ Styles. Featuring battles with John Cena, Roman Reigns, Dean Ambrose, Chris Jericho, and more.

Chris Jericho has reinvented himself many times, and has struck gold with his recent ‘list-making’ incarnation. Relive some of Jericho’s favorite matches as he recounts them from the List of Jericho.

The “genetically superior” athlete, Charlotte, stormed onto the scene and led the Women’s Revolution. Relive her classic battles with Sasha Banks, Bayley, Nikki Bella, and others.

Relive the Lunatic’s greatest matches as he rises up the WWE ranks to become an unlikely WWE Champion. Watch his battles with Kevin Owens, Seth Rollins, Roman Reigns, AJ Styles, and more.

Shane is known as a huge risk-taker, who provides “OMG” moments on a regular basis. This compilation would feature all of his greatest & craziest matches, spanning his entire time in WWE. Featuring battles with Undertaker, Big Show, Randy Orton, Mankind, Kane, & more.

From his seasoning days in NXT, to his dominant run with The Shield, to his spectacular singles run, all the way to the WWE Championship and the main event of WrestleMania… witness the greatest high-impact, fast-paced matches of Roman Reigns’ career.

John Cena: The Face that Runs the Place (Match Comp.)

For over 15 years, John Cena has been the standard bearer in WWE. Every time a new crop of young hungry superstars make their way to WWE, Cena’s will is tested again. As the New Era flourishes, Cena faces his toughest challenges to date, as he goes into battle with The Miz, Dean Ambrose, Seth Rollins, Kevin Owens, Baron Corbin, AJ Styles, The Club, and many more.

Before the days of SmackDown, Heat, or NXT… Superstars was the only other weekly WWE program alongside Monday Night RAW. Rivalries were advanced, titles were defended, and significant moments took place on this classic show that aired from 1986-1996.

Kurt Angle also appeared in the survey but his DVD is of course already scheduled for 2017 – however, WWE may be considering a documentary release for Angle in the not too distant future.

If all of the above concepts weren’t enough, rumor has it WWE just issued another survey containing a few more documentaries: Ted DiBiase, The Miz, and “Women’s Revolution”.

For what it’s worth, Charlotte Flair is also said to be listed on that survey in addition to both the documentary/match comp lists above, which gives off the vibe that a Charlotte DVD is strongly being considered! Time will tell – stay tuned to WrestlingDVDNetwork.com.

In case you missed the earlier news, the upcoming WrestleMania 33 DVD will be accompanied by a version that has exclusive alternate artwork when it releases to the UK.

Fans there can look out for this unique cover variant in Sainsbury’s stores from June 5th.

Take another look at the artwork, right here: 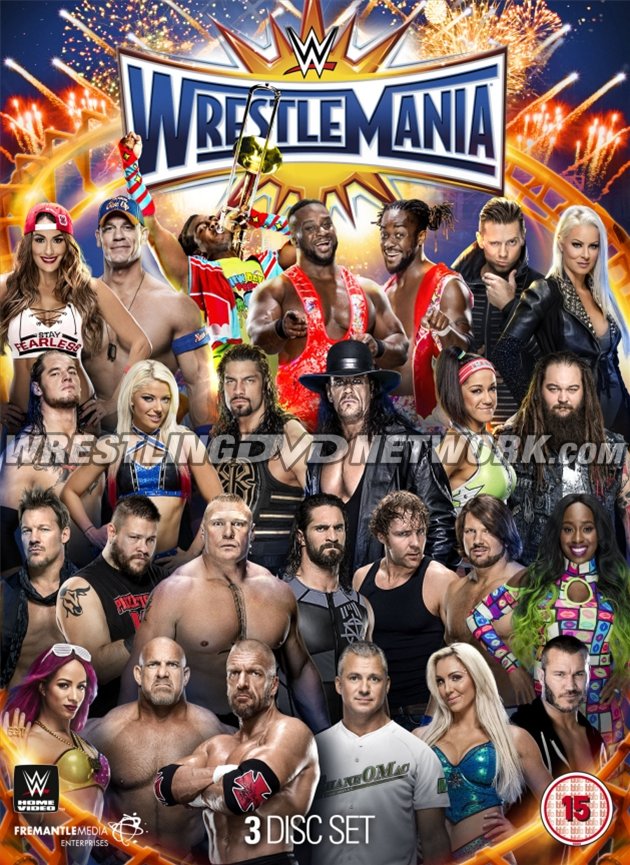 Heads up, Kayfabe Commentaries’ latest release has been pushed back slightly (originally planned for Tuesday) and will now be available from tomorrow instead.

“Back to the Territories: Georgia” will see host Jim Cornette and special guest Bill Eadie, the “Masked Superstar” and one of the bookers in Georgia, head back to cover the territory and share stories about stars the likes of Tommy Rich, T-Bolt Patterson, Ole Anderson, and more.

Head to KayfabeCommentaries.com to get the DVD, stream it instantly, or download it for later. 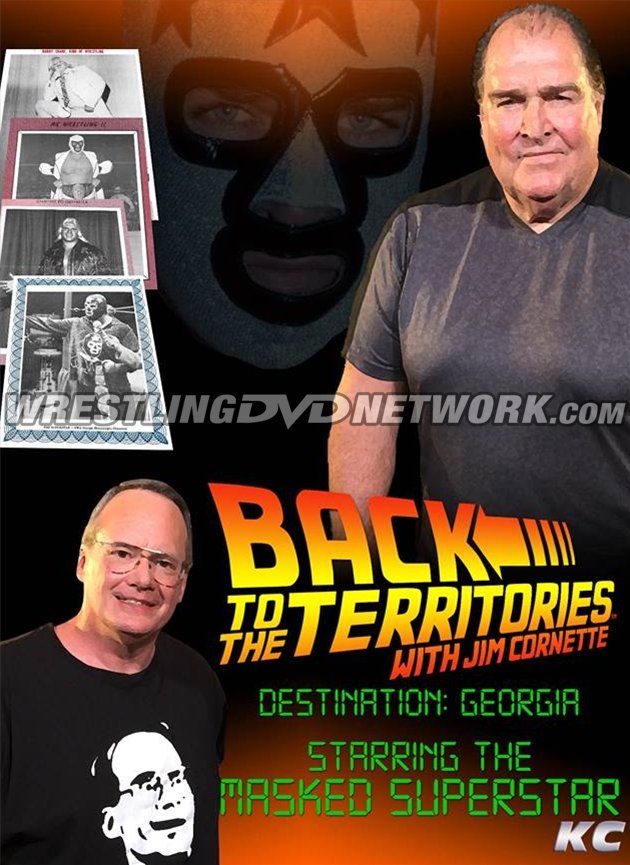 WWE’s new DVD compilation on the 2000s has officially hit stores this week in both the UK and the USA. Not picked it up yet? Read our in-depth review of the stacked 11 hour compilation.

Around 20 different WWF DVD rarities are up for grabs in eBay auctions in the next few days.