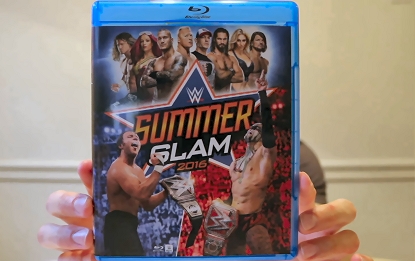 Got your hands on the SummerSlam 2016 Blu-ray yet?

The new WWE Home Video release officially hit stores across the United States yesterday and is scheduled for the UK next week. The 2 disc DVD set holds the entire 4 hour PPV and extras.

For those who have asked, the bloody and violent ending to the event involving Brock Lesnar and Randy Orton did make the DVD/Blu-ray without any noticeable edits or cuts. 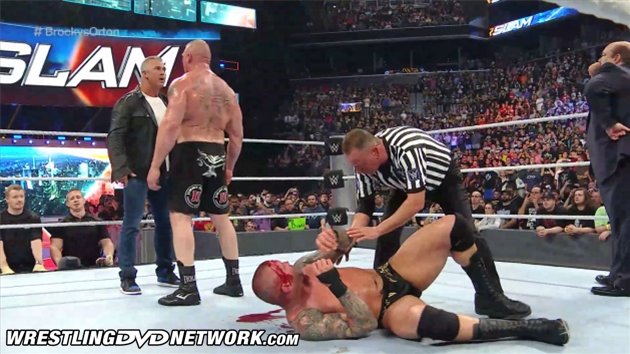 SummerSlam 2016 is out in stores now! Both Amazon and WWEShop have it in stock online. 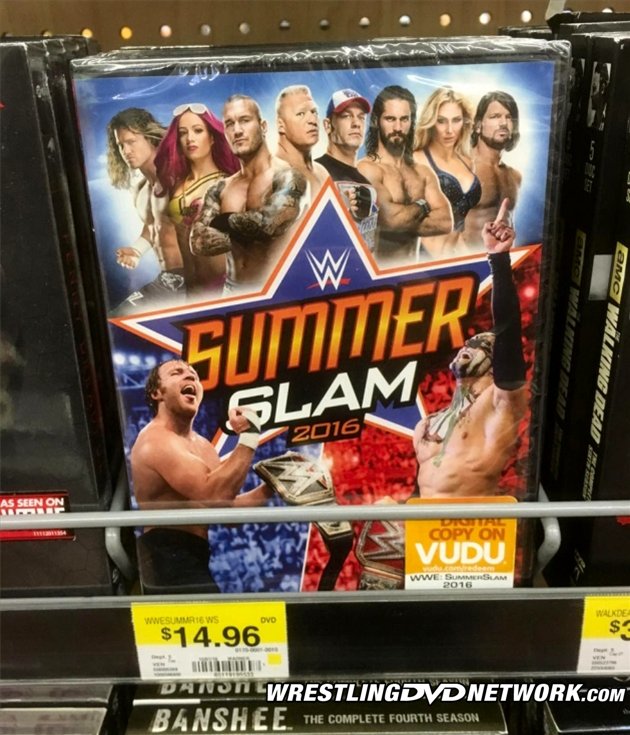 The single-disc DVDs that were previously found exclusively in the recent Mattel “Ultimate Fan Pack” figure bundles are being repackaged for release in the UK market later this month.

We’ve confirmed the content of the DVDs, now UK fans can get them here on Amazon.co.uk. 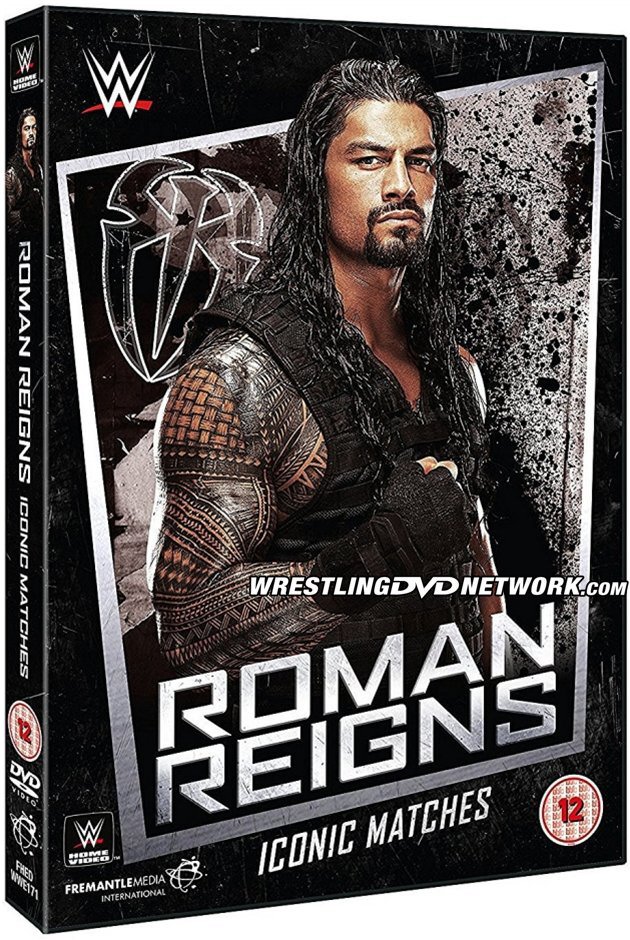 For some, “one versus all” sounds like an unwinnable contest, a hellish punishment, or a never-ending nightmare. For Roman Reigns, it’s just another day at the office.

Since day one of his arrival in WWE, Roman Reigns has left broken bodies and shattered Superstars lying in wake.

Relive 5 iconic matches from Roman Reigns career and you’ll soon see why Roman Reigns is The Guy, and you will believe that! 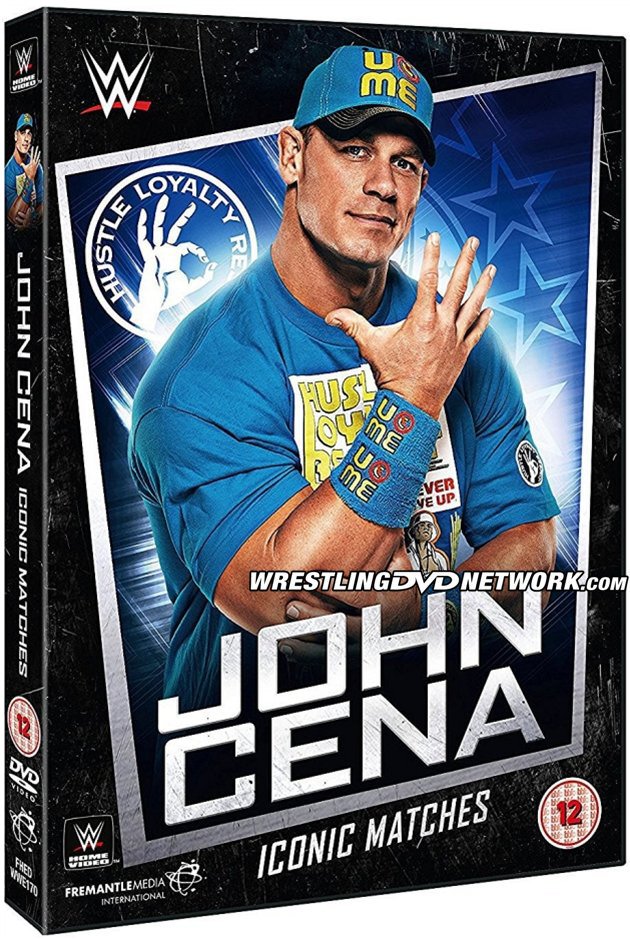 The Champ is here! For more than a decade, John Cena has been the top dog in WWE, setting up shop at the mountaintop and refusing to decamp, instituting an open-challenge policy to anyone who thought they could knock him off: You want some, come get some.

Slowly but surely, Cena, preaching an ethos of Hustle, Loyalty, Respect, not only amassed a battalion of followers he dubbed The Cenation, but also accumulated enough hardware to fill a Home Depot as he became a 15-time World Champion and 5-time WWE United States Champion.

Now relive 3 of John Cena’s most iconic matches from recent years and discover why John Cena is the face that runs the place.

With the 2016 Release Schedule finalized, we hear that an announcement is forthcoming on the first WWE Home Video releases planned for next year. Before this week is out we expect to be able confirm to you multiple DVD and Blu-ray titles on the way for Q1 2017.

The early rumblings are that this trend will continue – those usual TV/PPV retrospective DVD sets, joined by a different 3 disc DVD and 2 disc Blu-ray comp that’s yet to be named.

What will 2017 bring? Keep locked to WrestlingDVDNetwork.com this week to find out! 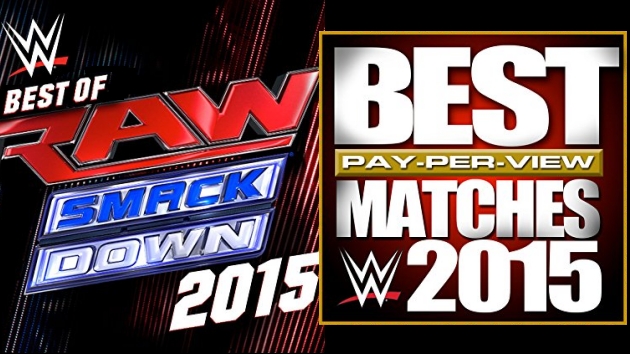 Our last update revealed the cover artwork for Clash of Champions 2016.

Clash of Champions 2016 will be one of three WWE DVDs put out in the United States next month. We can now confirm the DVD extra and show off the official trailer:

Also released this week was the “Timeline: The History of ECW – 1992/93” DVD, a 3 hour shoot interview with Tod Gordon on the beginnings of Extreme Championship Wrestling.

Be quick – there are still Signature Edition versions available at KayfabeCommentaries.com.

Kayfabe Commentaries have also revealed that they have a new “YouShoot” in the works with Mr. Kennedy, and that they’ve signed Tully Blanchard to cover the year 1987 in the latest entry to “Timeline: The History of WCW”.

BLU-RAY BARGAINS: Get bidding on these WWE Blu-ray bargains before they’re gone!

Up for grabs in an eBay auction that’s expiring later today is this lot of 9 Blu-ray discs. It includes the recent Owen Hart Blu-ray, two Sting Blu-rays, two Ultimate Warrior Blu-rays, and more… 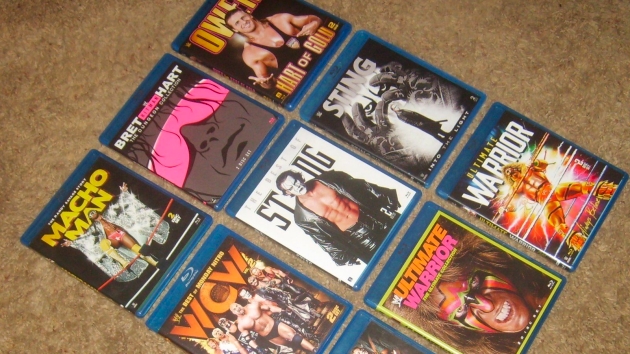 Another potentially great deal to look out for on eBay today is found in the auction linked to below – a WrestleMania Anthology and individual Mania DVDs from 21 through to 30, in one lot!