Last month you heard the plans for WWE DVDs in 2018; today you find out what’s coming first!

WrestlingDVDNetwork.com can exclusively reveal that WWE will kick off next year’s schedule with two 2017 retrospectives and a returning PPV. First up will be “Best Pay-Per-View Matches 2017” – a 3-disc DVD set that’s to be released to the United States on January 2nd. That will be followed up by the physical release of the December PPV, Clash of Champions, on January 16th.

“The Best of RAW & SmackDown Live 2017” is another 3-disc DVD set that WWE just scheduled for release in early 2018 and this one is due to hit stores on February 27th. According to early details we’ve received this compilation will be “packed with more than 8.5 hours” of content.

Below we have the first official synopses for each of these titles, confirmation on who’s hosting them, and in one case a freebie planned to be included inside the packaging: 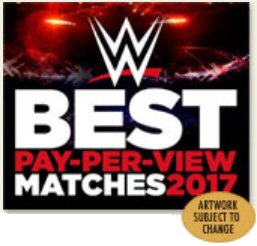 As we previously hinted at, Renee Young will be hosting the collection of this year’s greatest PPV matches.

The New Era has arrived and the Superstars of RAW and SmackDown Live leave the WWE Universe on the edge of their seat with The Best Pay-Per-View Matches of 2017!

Featuring the greatest matches from Royal Rumble, WrestleMania, Money in the Bank, Survivor Series, and more! 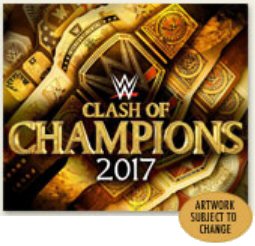 The second annual WWE Clash of Champions event will be released individually and not as a “Double Feature”. Look out for a Shinsuke Nakamura trading card with the DVD.

At WWE Clash of Champions, the Superstars of SmackDown Live risk everything for a chance at glory and the ability to hold the richest prize in sports entertainment, a WWE Championship. 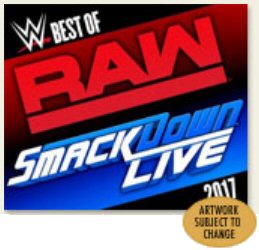 The most memorable matches from RAW and SmackDown Live’s 2017 season will be presented by Charly Caruso.

2017 saw new WWE Superstars win championship gold, legends return to glory, and moments that made the WWE Universe say, “This is awesome!”

Relive every match and major moment from RAW and SmackDown Live and see why 2017 was a year that will never be forgotten.

This week the cover artwork planned for “TLC: Tables, Ladders & Chairs 2017” on DVD was unveiled. It features the updated PPV poster with Kurt Angle, Seth Rollins and Dean Ambrose.

WWE Home Video UK has given us a peek at the box art on the way for their version (below) which confirms those Superstars and the debuting Asuka will appear on the spine of the artwork. 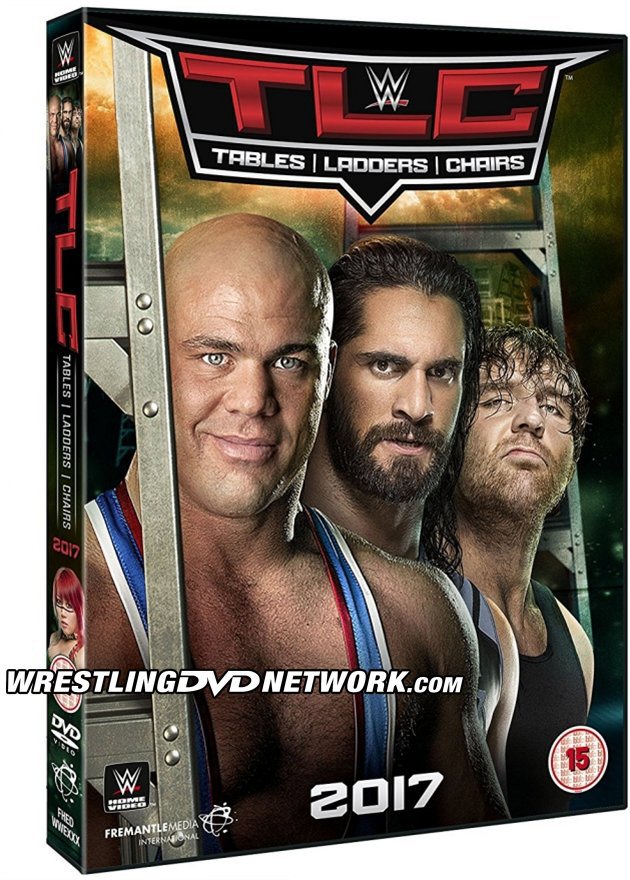 This week also saw the release of “30 YEARS of SURVIVOR SERIES”. Read our review of the 30th anniversary Survivor Series DVD or check out video reviews of the set below courtesy of YouTubers Matthew Tremble and “Silverback CP”.

The 3-disc set is in stock now here on Amazon.com and was just listed on WWEShop.com.

You can find an Easter Egg (hidden content) in this DVD! Head to the chapter listing of the countdown feature, highlight “Epic History” and press right to see the #31 moment which runs for 2 minutes.

Now that one is out of the way, the WWE DVD collectors are anticipating the next release which is coming to us in mid-November: “NXT: From Secret to Sensation”.

The first sighting of finished copies of it comes to us from @WrestlingShop on Twitter. Reason being, they will be offering it to UK fans 3 weeks early in a “pop-up” store opening in Leicester Sq., London on November 3rd. The North American Blu-ray was cancelled but it’s going ahead in the UK. 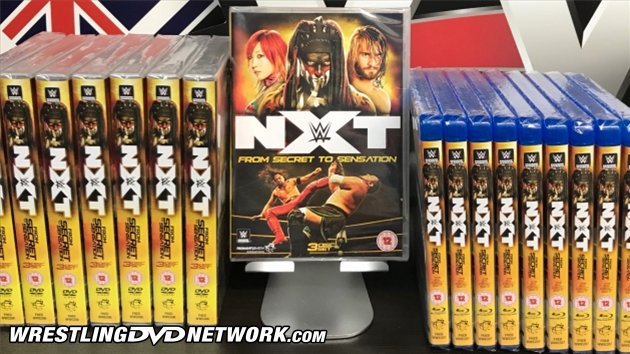 NEW PROJECT: Eric Bischoff is reportedly involved with some sort of upcoming WWE project and may have been spotted with a camera crew of theirs earlier this week.

If that turns out to the DVD related, as some ‘unidentified’ WWE projects on social media often have, one could speculate Bischoff might have been contributing interview material for next year’s potential AJ Styles documentary and/or a “RAW 25th Anniversary” feature also in 2018. 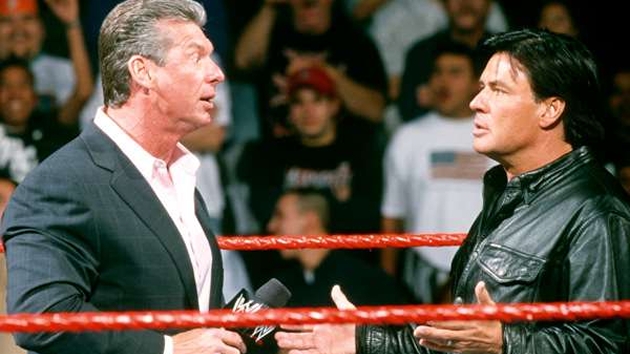 UNRELEASED RE-RELEASED: The 2017 “WWE Unreleased” DVD has reportedly been re-released in recent weeks due to the title hitting stores with an error on its packaging. 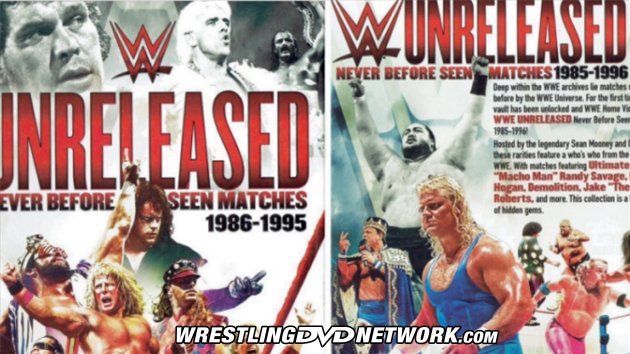 KC’S GOT ATTITUDE: Kayfabe Commentaries‘ next DVD release will debut a new series centered around the hottest era in wrestling history as they present: “Vince Russo’s Attitude”.

The first installment is coming on November 7th as host Vince Russo is joined by Ken Shamrock. Here’s a quick preview:

WEEKEND STRATUSFACTION: Get yourself some WWF/WWE DVD deals on eBay this weekend! This $5.50 copy of “WWE Unreleased” is being auctioned off today in just hours from now:

These two bundles are up for grabs including various rare WWF DVDs like “The Rock: Just Bring It!” (2-disc edition), “nWo: Back in Black”, Royal Rumble 2002 and WrestleMania 18:

Joining those are two of the always collectible “Complete Anthology” box sets:

One of the most sought-after WWF/WWE DVDs in existence, WrestleMania X-Seven: