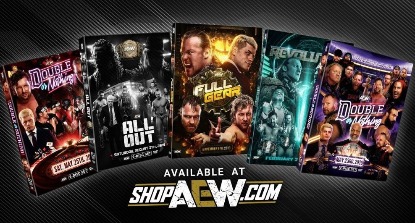 The first five All Elite Wrestling events that aired on Pay-Per-View domestically have, as of today, been officially released on Home Video via ShopAEW; each of the new DVDs are in stock now on the website, with a familiar special offer available: buy 3, get 10% off.

As things stand, these are DVD-only releases with no sign of Blu-ray editions. 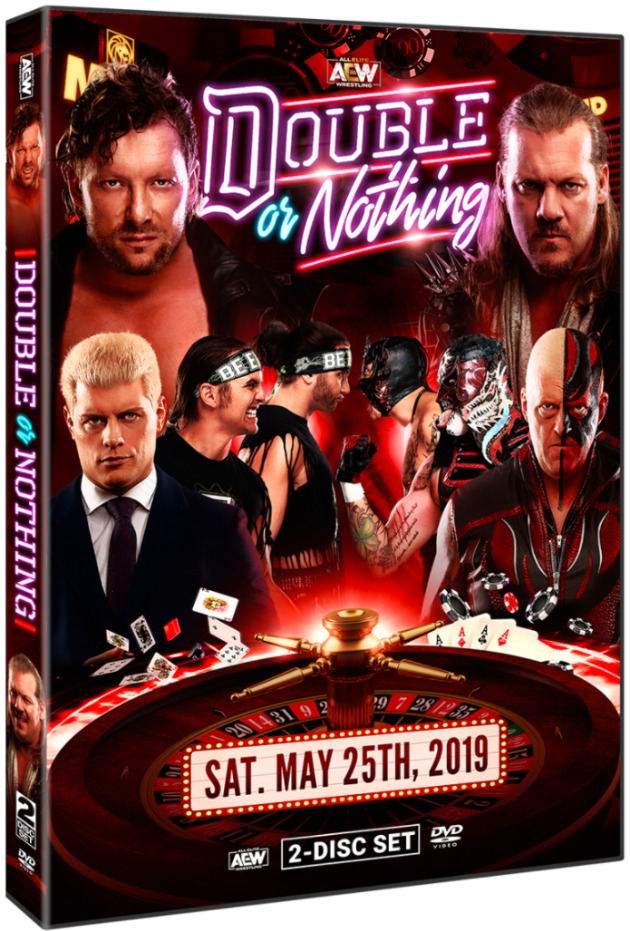 All Elite Wrestling announced the news earlier today on their social media accounts. 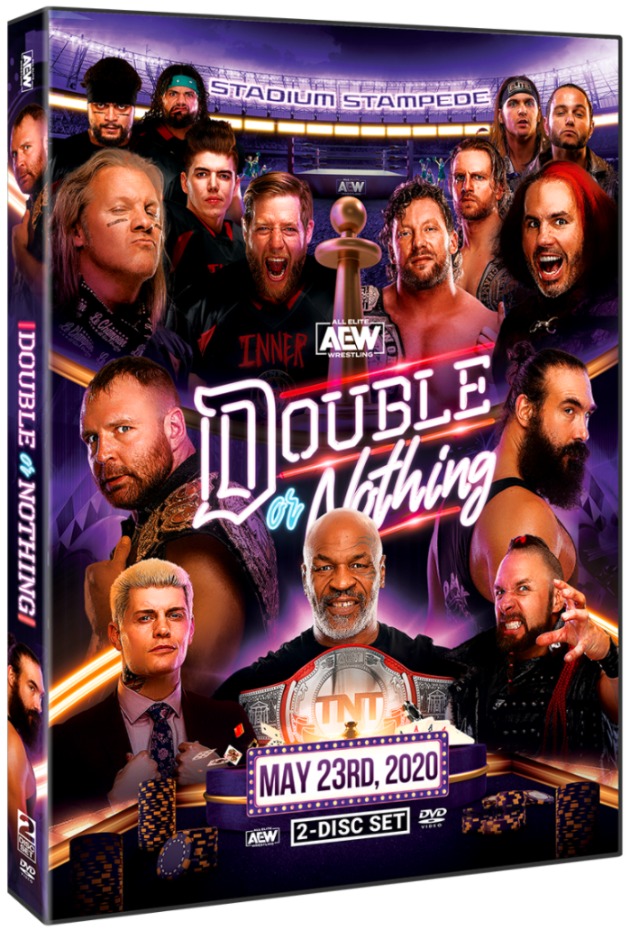 Back to the WWE side, fans in the UK have been treated to an exclusive Home Video release this month — Payback 2020. Grab your copy here on Amazon.co.uk.

We also have a brand new cover artwork reveal for the Hell in a Cell 2020 DVD!

The front cover is set to feature Sasha Banks, Bayley, Randy Orton, Drew McIntyre, Roman Reigns and Jey Uso. The DVD is on the schedules as a single-disc offering. Check out the Hell in a Cell 2020 cover and the release date for your area, below. 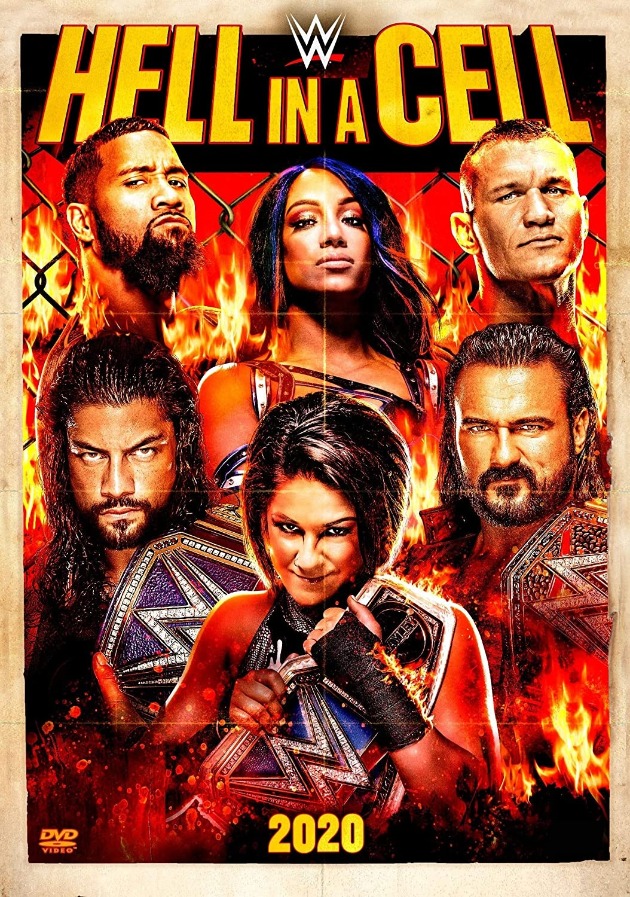 – UK/Europe: December 7th. Pre-order your Hell in a Cell DVD now on Amazon.co.uk.

– Australia: TBA. Look for a pre-order announcement soon via Madman.com.au.

Fans in the United States, you can now add Clash of Champions 2020 to your WWE DVD collections!

Thanks goes out to WDN reader “TheDVDFreak” for the video peek above and the first look photos that follow. A free Seth Rollins trading card is included with this one. 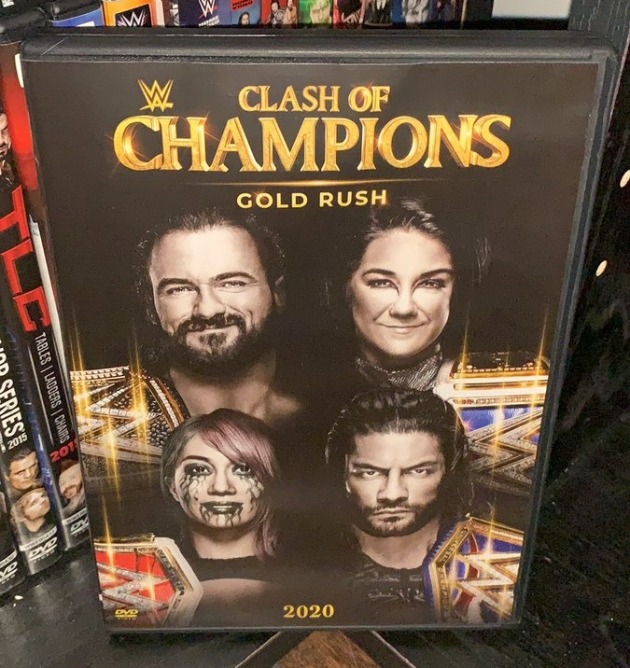 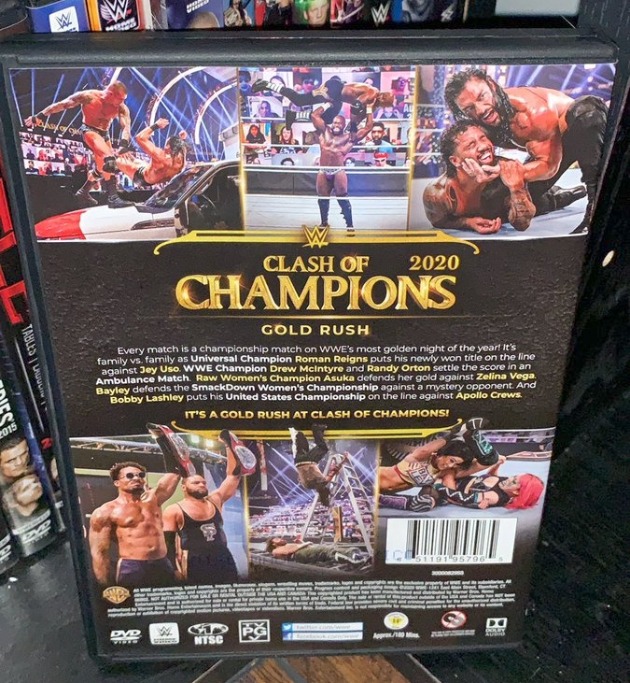 Every match is a championship match on WWE’s most golden night of the year!

It’s a gold rush at Clash of Champions! 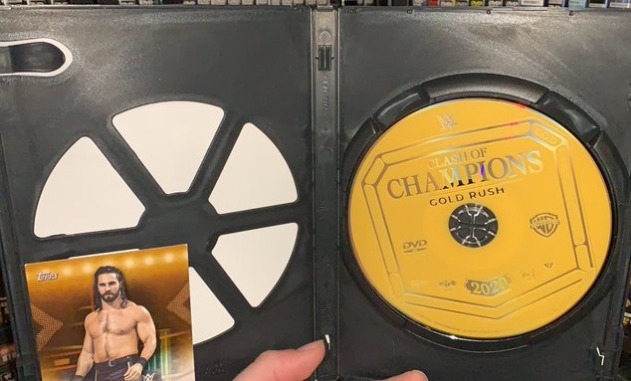 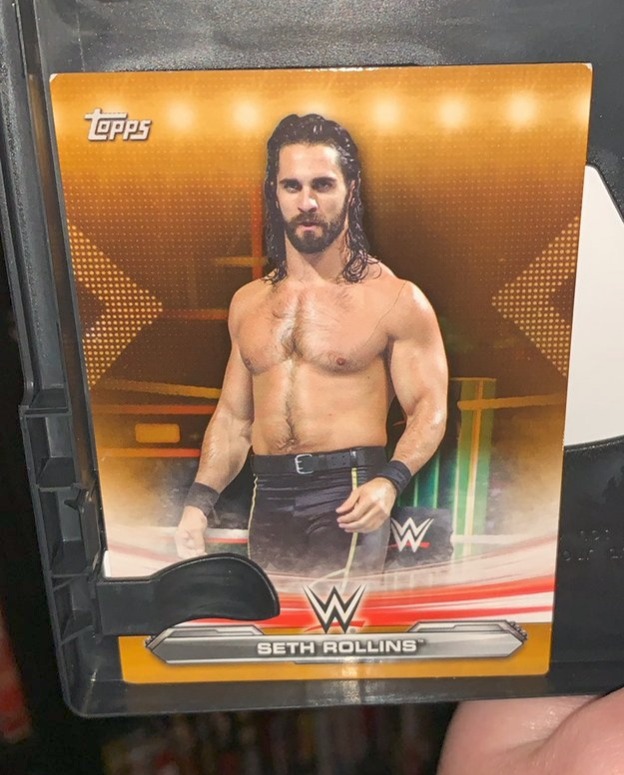 Grab your copy of the WWE CLASH OF CHAMPIONS 2020 DVD…

– United States: RIGHT NOW! Get your new Clash of Champs DVD from Amazon.com. 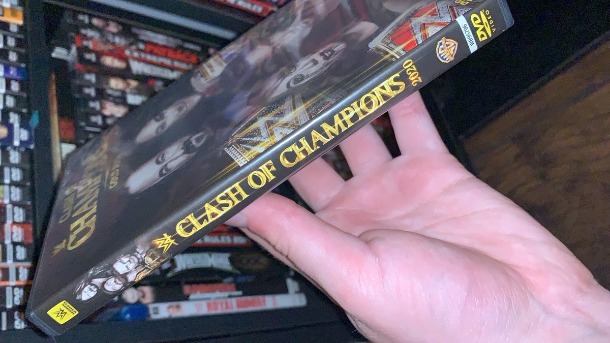