Earlier this week we reported that the Blu-ray edition of the Raw 20th Anniversary box set has been cancelled and will no longer see a release.

The same may now have happened to “Best Pay-Per-View Matches 2013”. As you can see here on Amazon.com the Blu-ray has been taken down and only the DVD version remains.

Other upcoming titles look to be unaffected as of now. For PPV releases, there are currently no indications that Night of Champions or Hell in a Cell will be released on Blu-ray in the US.

A new clip of the Goldberg “Ultimate Collection” DVD/Blu-ray has been released by WWEDVD.co.uk. This one previews Goldberg vs. Triple H from Survivor Series 2003, which is one of 10 matches from Goldberg’s WWE run that are featured on the set.

Click here to pre-order your copy of Goldberg: The Ultimate Collection.

Below are first look photos of the UK version of the Triple H “Thy Kingdom Come” Blu-ray. That is officially released to the UK and Europe in two week’s time on October 14th. 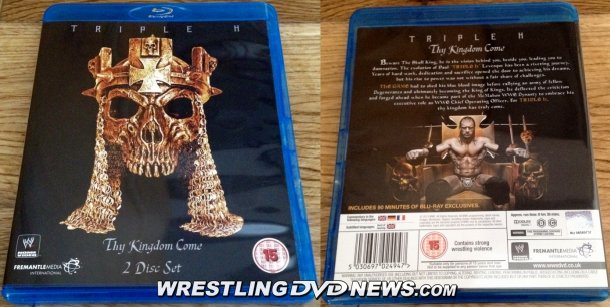 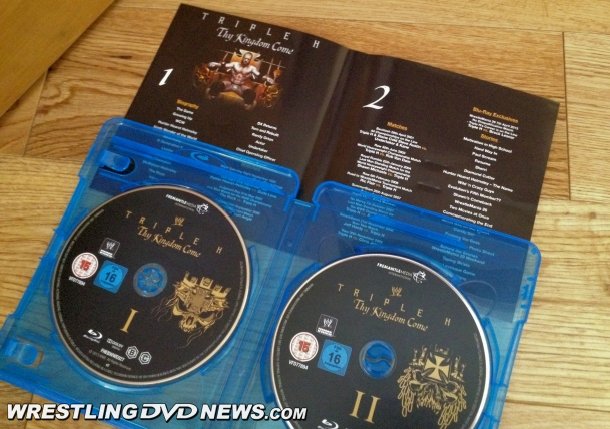 Auctions for two copies of the hard to find “Best of the WWF 2001 Viewers’ Choice” DVD are finishing up on eBay.com today. In Region 1 format this DVD was only released to Canada. Check out the listings over here and here, or click the image below. 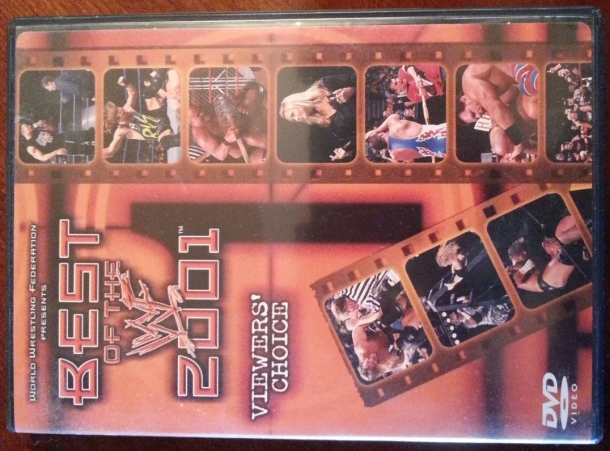 In the video below, YouTube personality Stevie Breech discusses the various titles that were mentioned in the 2014 WWE DVD Survey. The Randy Savage DVD is leading our poll.

You have until tomorrow to enter to win a factory sealed WWF Invasion 2001 DVD! The giveaway is happening on our Facebook page; enter now with the two steps below.

Marcus Dodd sends word of a good deal up for grabs on TNA DVDs. The ShopTNA.com website currently has many of their products Buy One, Get One whereby if buying 2 of the same item you get them for the price of one. In most cases you wouldn’t want to buy two of the same item but this offer also works on the “Brown Bag Special” in which you get 4 random DVDs. With BOGO, you can get 8 different DVDs (and the other merch in the bag) for just $25.