Some rather unique news to break today as it appears Silver Vision in the UK have put the “WWF Attitude Collection” DVDs back into print after a ten year absence. 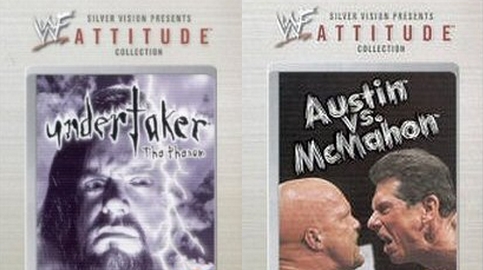 As you may have been following lately, there has been an influx of Attitude Collection DVD sightings all over eBay UK, and Amazon too. All twelve of the titles that made up the series, and every one of them brand new and sealed.

Some of the Attitude DVDs have become very tricky to locate even in a pre-owned condition, so we thought this occurrence to be odd, but it wouldn’t be too far fetched to think old stock could have been found. It’s happened before. However, now the DVDs are beginning to arrive with buyers we can see exactly the reason they’re suddenly available in plentiful supply.

All signs point to the series being quietly put back into print by Silver Vision and the DVDs look to have been distributed to smaller retailers to stock. The artwork of the DVDs arriving with buyers look almost identical to the 2002 originals (even the same “WFA” catalog numbers), aside from WWF logos being replaced with WWE, in addition to references in text too. Look closer to find the copyright notice on the back indicates 2011 production.

Our own Shaun Blackford took some snaps of the re-printed Austin vs. McMahon DVD. 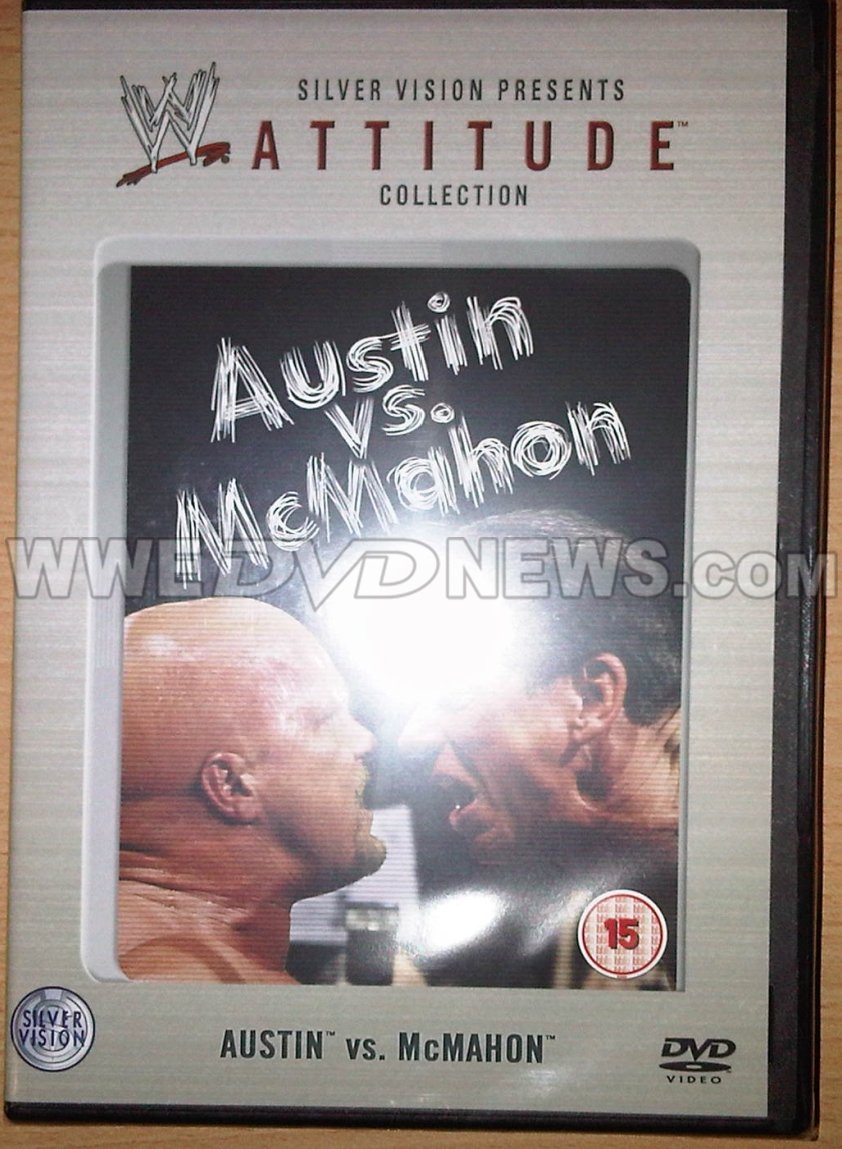 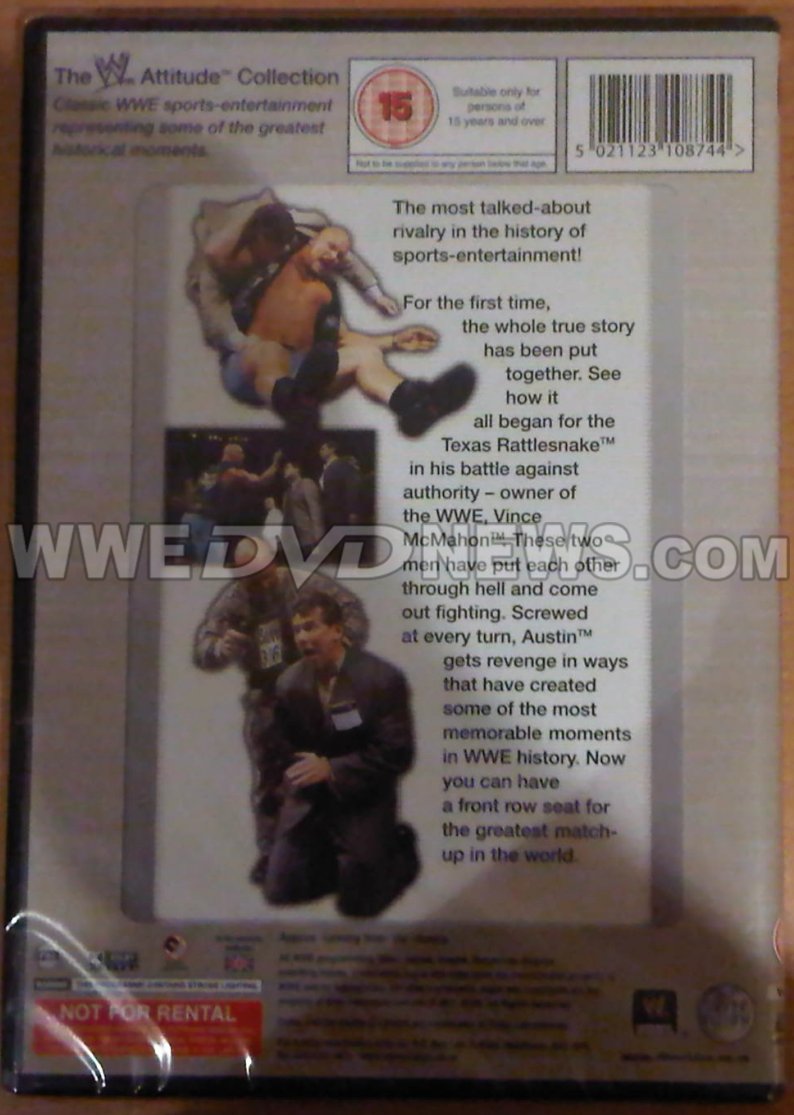 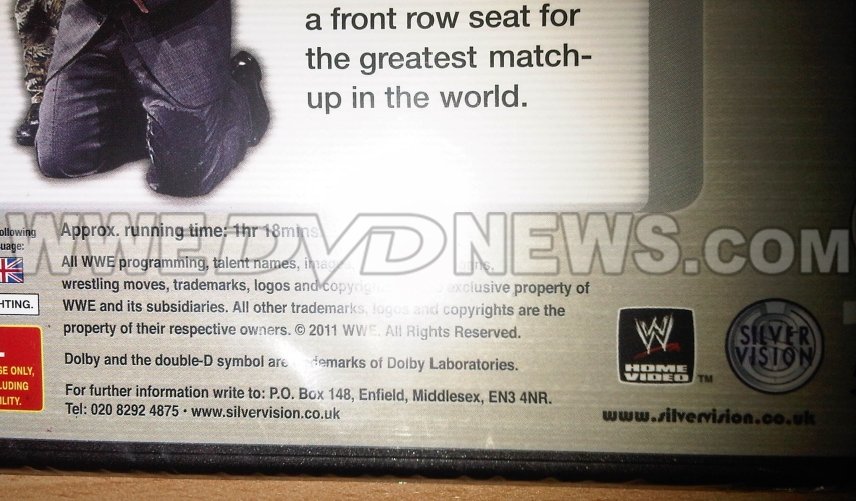 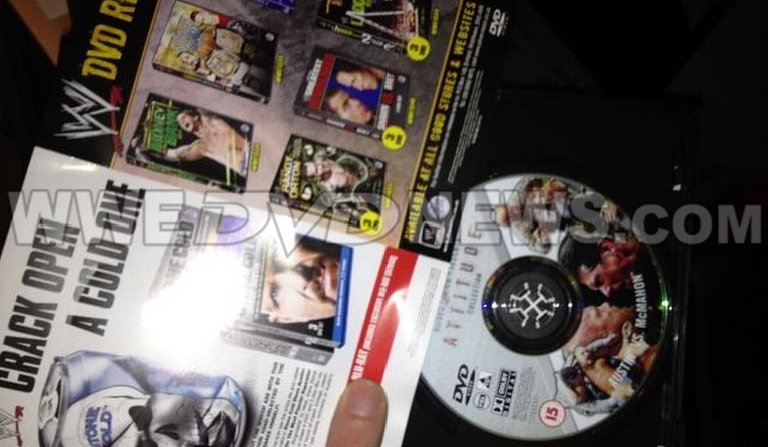 We can speculate that this is a similar situation to Silver Vision’s Tagged Classics range, whereby they are legally allowed to re-release any of their old catalog in full, so long as WWF logos aren’t present on any packaging. This is an interesting twist though since they have chosen to produce them as close to the originals in appearance as possible, and not yet make them available to buy on their own website.

Whilst it’s a blow to anybody expecting sealed copies of the original prints to turn up this week (a few of our readers even thought they must be bootlegged), this decision looks to be a smart way of bringing these videos back for both the casual buyer and collectors alike. They’re available right now for as little as £5.75 delivered .

Who knows, we might also see other out-of-print WWF Home Video titles brought back in the same manner, pending the success of these.