Yesterday the WWE Attitude Era DVD cover was revealed right here on WWEDVDNews. What a response! Since that time, the DVD and Blu-ray sets have gone up for pre-order on both WWEShop.com and WWEDVD Australia. 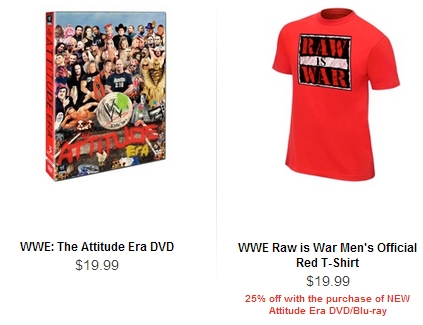 Over at WWEShop, anybody pre-ordering the Attitude Era DVD/BD is eligible for 25% off selected “Retro T-Shirts” like the one above! Also remember that our promo code “DVDWWE5” gets you $5 off any order of $30 or more Go to the promotion.

Shown below, the latest issue of WWE Magazine is advertising the Attitude Era’s DVD release for November. Thanks to Peter Haase for passing along the pic. Note that the advertisement refers to Best Buy because they will be stocking a store exclusive version which you can pre-order here at BestBuy.com, listed with a TV-14 rating. 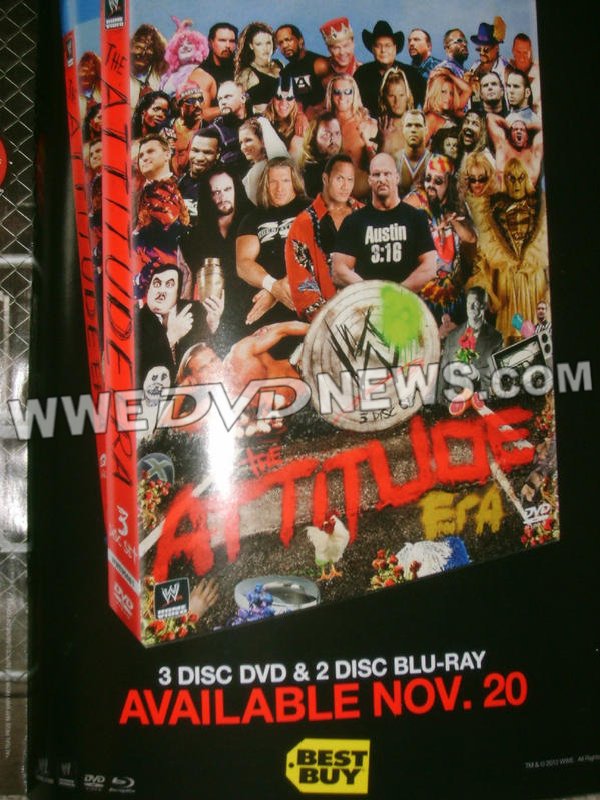 A new synopsis for WWE: The Attitude Era has also been revealed.

Fans can own a brand new documentary recounting all the infamous moments from this controversial and revolutionary era. Plus, over 6-hours of envelope-pushing special features include all the aggression, antics and innuendos that proved to be the perfect cocktail for an explosion of popularity.

69 Comments left on this article...