Earlier this week Amazon.com and other retail sites removed the synopsis and descriptive content for the planned Attitude Era WWE DVD set. However, despite this we have learned that the upcoming Attitude Era DVD is 100% confirmed. The 3 disc DVD and 2 disc Blu-ray is still scheduled for release on November 20th 2012 [pre-order your copy now!].

We speculate that the set will have a low-key release for now given the current political events and media attention. More information on ‘The Attitude Era’ including the cover art and match listings will be coming next month!

To clarify The Attitude Era DVD is 100% going ahead (don’t worry). The lack of content and a cover is not something for concern, it is coming soon. 🙂

As soon as we have more details to share, you will see them right here on WWEDVDNews. Stay tuned! 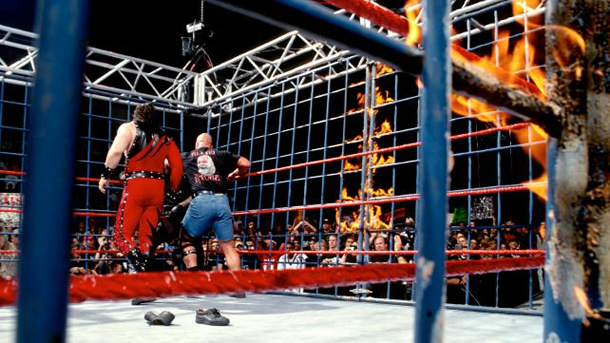 Keep up to date with the latest WWE DVD News like this, best deals, reviews, and more by subscribing to our free email subscription service!