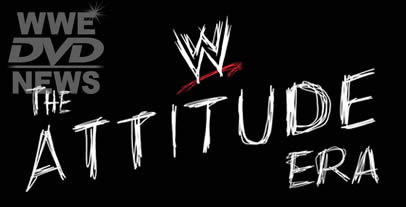 FINALLY… The wait is over, we can now reveal the cover artwork for the highly anticipated WWE: The Attitude Era exclusively right here on WWEDVDNews.com.

The 3-disc DVD and 2-disc Blu-ray are released on November 20, 2012 [pre order now] and will look at one of the most popular and successful periods in the history of professional wrestling, and an era which took WWE to the highest of heights.

Click here to get your WWE Attitude Era DVD from Amazon right now! 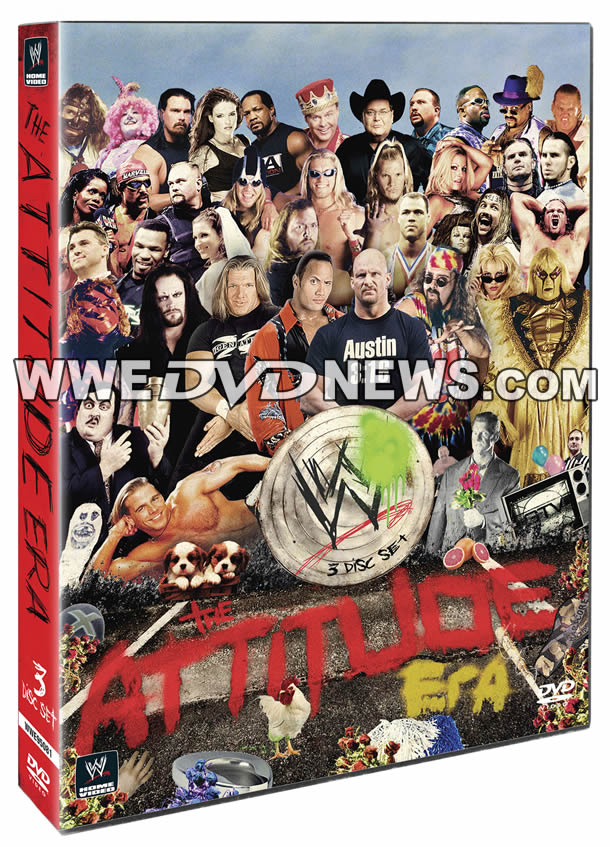 In the late-90s, WWE was struggling for ratings survival while a cultural shift in the viewing audience’s taste was occurring. “Saying your prayers and taking your vitamins” had lost its luster amongst the rebellious masses who preferred “flipping the bird” and “laying the smackdown”… Enter Stone Cold Steve Austin, The Rock, Triple H and Mankind and the notorious crop of edge and fearless Superstars who ushered in The Attitude Era. Now in this 3DVD set fans can own all the infamous moments from this controversial and revolutionary era that redefined sports entertainment for an entire generation. Over 8-hours of envelope-pushing content includes all the agression, antics and innuendos that proved to be the perfect cocktail for an explosion of popularity. 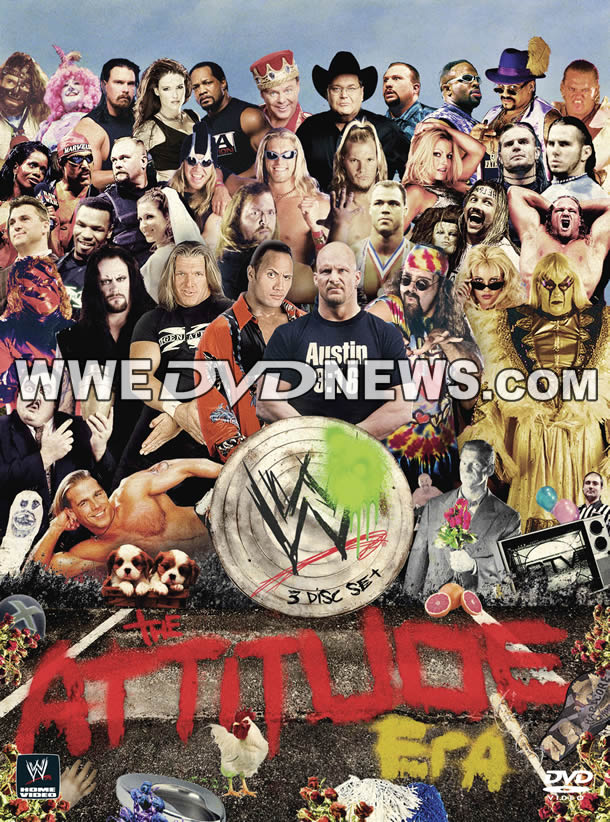 The Attitude Era 3 Disc DVD and 2 disc Blu-ray hits stores in the US in less than 2 weeks (November 20th) [pre order yours now].

WWE The Attitude Era will also be released on DVD & Blu-ray for Australian fans in early December from WWEDVD.com.au.

What are your thoughts on the covers, and is this the WWE DVD of the year? As always it’s great to hear from you, so share your comments below.