Remember the first cover artwork that was revealed here for the “Owen – Hart of Gold” DVD late last year? 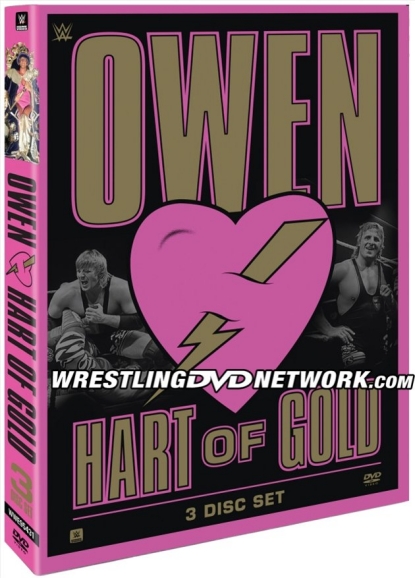 You may recall that the original artwork, which featured a large heart and lightning bolt logo, shown again above, was reportedly “banned” by WWE from ever hitting shelves in a last minute move midway through October before the DVD/Blu-ray released in early December.

Despite being signed off (and the Digipaks actually produced!) rumor had it upper management were later not happy that the artwork didn’t feature a prominent image of Owen front and center. It was then completely revamped and after one more change due to sensitivity reasons surrounding Owen’s passing we had the cover that ultimately made it to the final product.

The copies of the DVD that were actually produced with the old artwork were supposedly discarded and on the release of the feature that certainly seemed to be the case as only the new one made it to stores — however in a bizarre twist over the past few weeks running WrestlingDVDNetwork.com we’ve heard that the original copies have resurfaced and are on sale!

Today we have a look at it, thanks to WDN readers “LP1” and David Lenhardt: 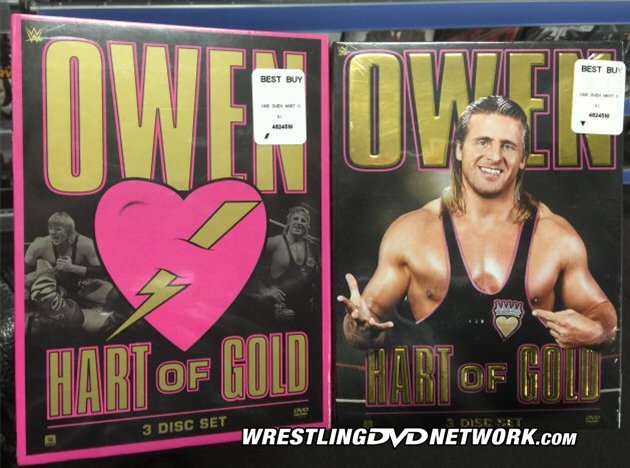 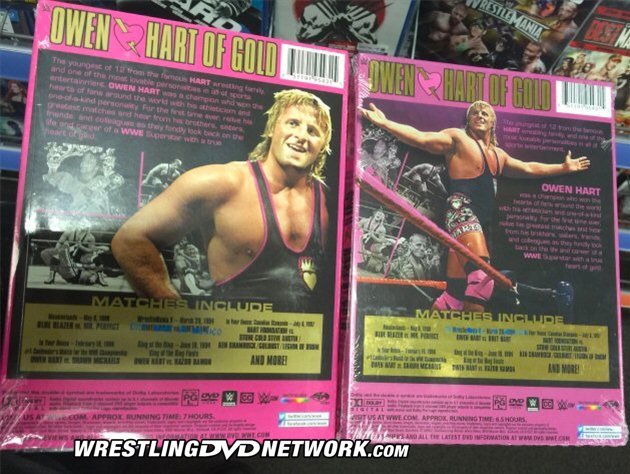 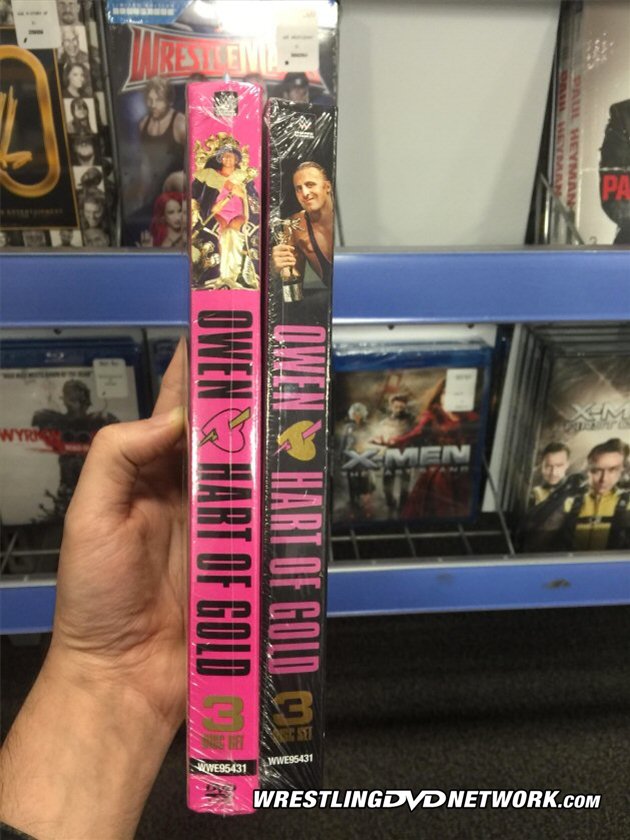 You could win the Owen DVD completely FREE in the WDN Birthday Giveaway!

Four more winners will all get the Owen DVD too — our biggest giveaway yet!

If you haven’t entered yet, just tell us your 6 “most wanted” WWE DVDs you wish were made.

Email your list to birthday@wrestlingdvdnetwork.com, or use the form below:


With WrestleMania now in stores, Payback 2016 is the next WWE DVD on the way. It’s incoming for release this month to the United States and follows next month to UK/Europe and Australia.

Amazon is offering the DVD for only $9.37 here (still incorrectly listed as “Extreme Rules 2016”).

We can confirm that the following Kickoff Show matches will make it as extras: 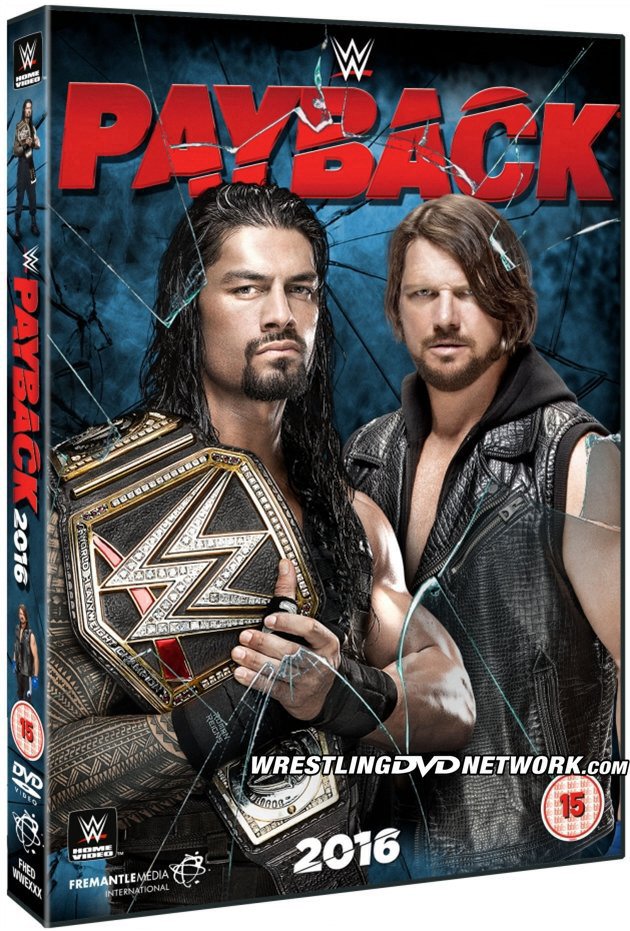 Back to WrestleMania 32, it officially hit stores across the United States yesterday.

This year’s WrestleMania is once again available as a standard 3 disc DVD, a 2 disc Blu-ray, and for the first time ever the company has also released the event as a Steelbook Blu-ray! 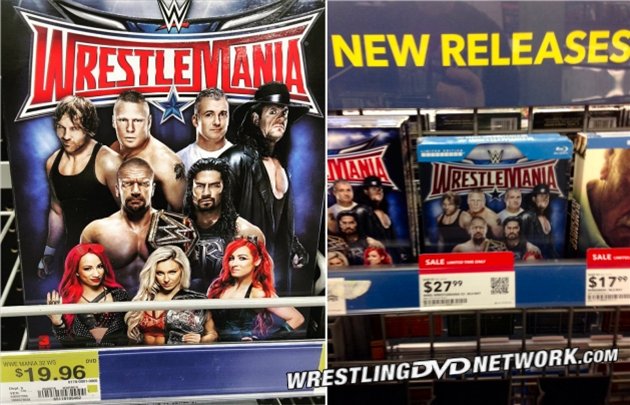 We leave you with photos of that Best Buy exclusive Steelbook Blu-ray: 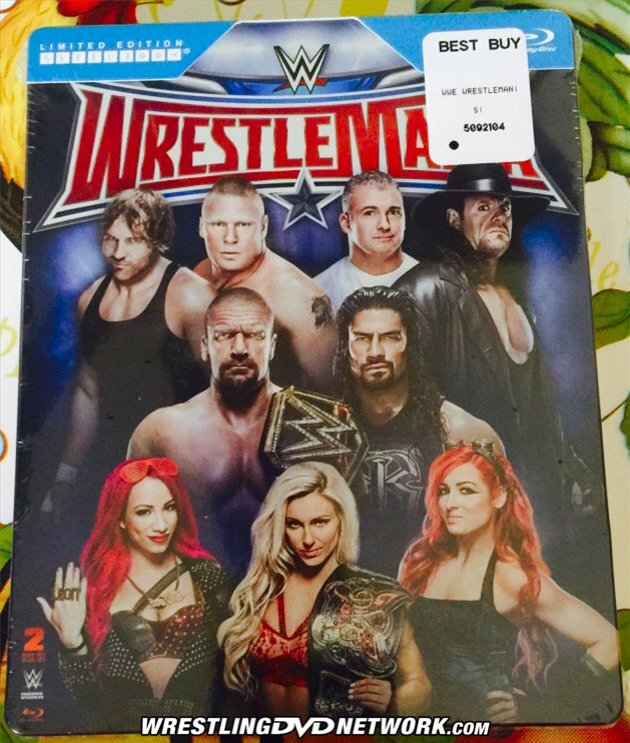 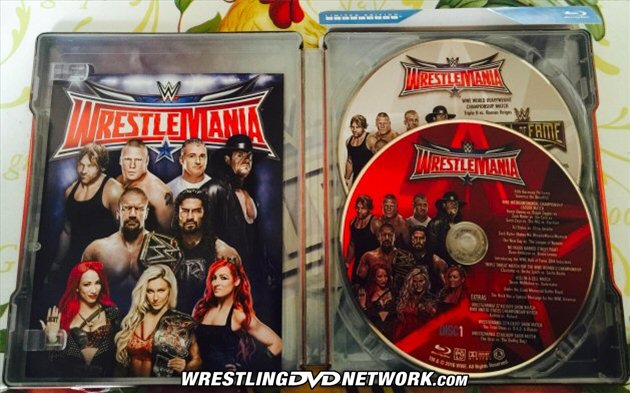 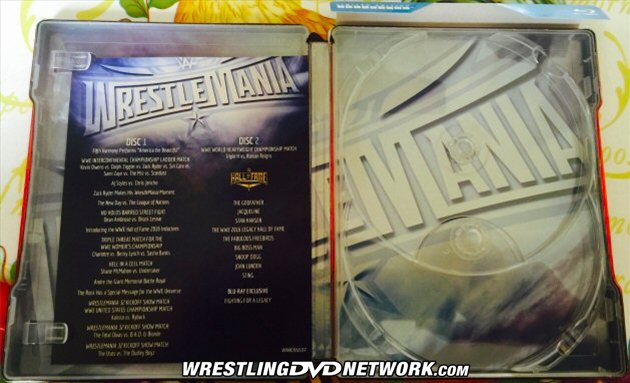 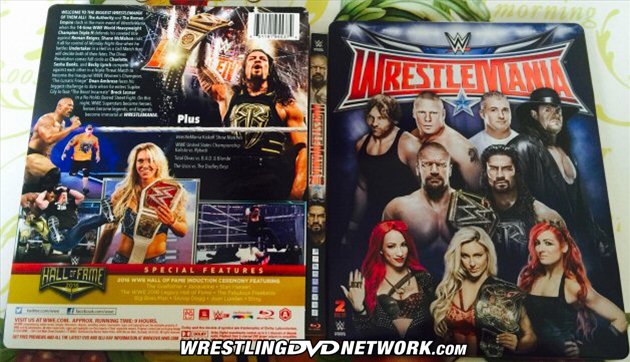 – USA: Now! WrestleMania has landed on DVD/Blu-ray at Amazon.com and WWEShop.com.