“Batista – The Animal Unleashed” is released this Tuesday on DVD and Blu-ray!

Here’s an exclusive, new preview clip from the documentary portion. Batista talks not wanting to leave WWE back in 2010 but not being happy with the company’s new PG direction.

The “Batista – The Animal Unleashed” documentary follows Batista around during his return to WWE, specifically on the day of the Royal Rumble 2014 event. Intertwined with that are interviews with the man himself and career flashbacks, as you saw in the above clip.

The new DVD and Blu-ray officially hits stores across the United States this coming Tuesday. You can pre-order your DVD/Blu-ray copy from $19.54 by clicking here. It will also be released to the UK and Europe later this month, then follows on to Australia in July. 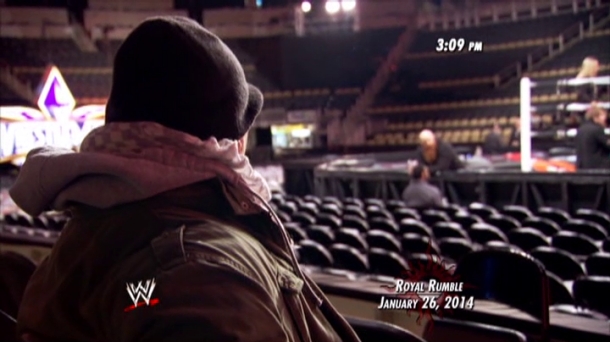 FANS IN UK/EUROPE: WrestleMania 30 is shipping out early from WWEDVD.co.uk.

WrestlingDVDNews.com has learned of special plans for the SummerSlam 2014 DVD release. It is said that the SummerSlam DVD this year will include “dark matches” as extra features. It is not yet known whether that means past off-air matches from before the event, the pre-show matches or even SummerSlam Axxess matches.

One version of the SummerSlam DVD will include a free Topps trading card, likely as a store exclusive promotion. The SummerSlam 2014 DVD will be released to the United States on September 2nd and we can confirm that it’s coming on Blu-ray format too.

The latest WWE DVD to hit stores was Extreme Rules 2014. That’s currently priced at only $10.99 here on Amazon.com, but as noted by Jarrett Cox and several other WDN readers, Walmart and K-Mart stores have it now for around the $9.96 mark.

Our WWE DVD Release Dates page of the site has now been updated with September dates, which includes the new Sting DVD and Blu-ray!

There’s no sign yet of the Undertaker and Kane “Brothers of Destruction” DVD being released to the US market in September, which is of note because it is already confirmed for release to the UK and Australia in early September. We’ll keep you updated on that.

Reply to The A-Man