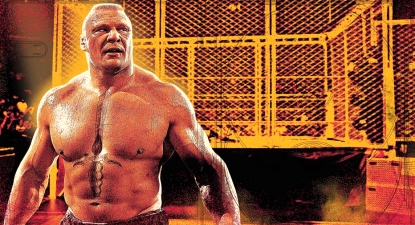 The BIG news: included among the first set of product listings is a newly unveiled BROCK BOX SET, similar to the “Macho Man: Randy Savage Story” Collector’s set released back in 2014.

The new “Brock Lesnar – Eat. Sleep. Conquer. Repeat.” DVD compilation will feature 14 of “The Beast’s” biggest matches since his return to WWE in 2012, and will also present a few classic (and previously unseen) matches from his original run with the company and his OVW tenure before it.

With today’s pre-order comes a new synopsis, which reads as follows:

Since day one, Brock Lesnar has conquered every obstacle in his path of destruction. He has claimed championships, taken opponents to Suplex City, and put an end to Undertaker’s undefeated WrestleMania streak.

Witness Brock Lesnar’s greatest matches and moments and see why he lives by the mantra of EAT. SLEEP. CONQUER. REPEAT.

Pre-order the BROCK DVD now by clicking here to Amazon.com. 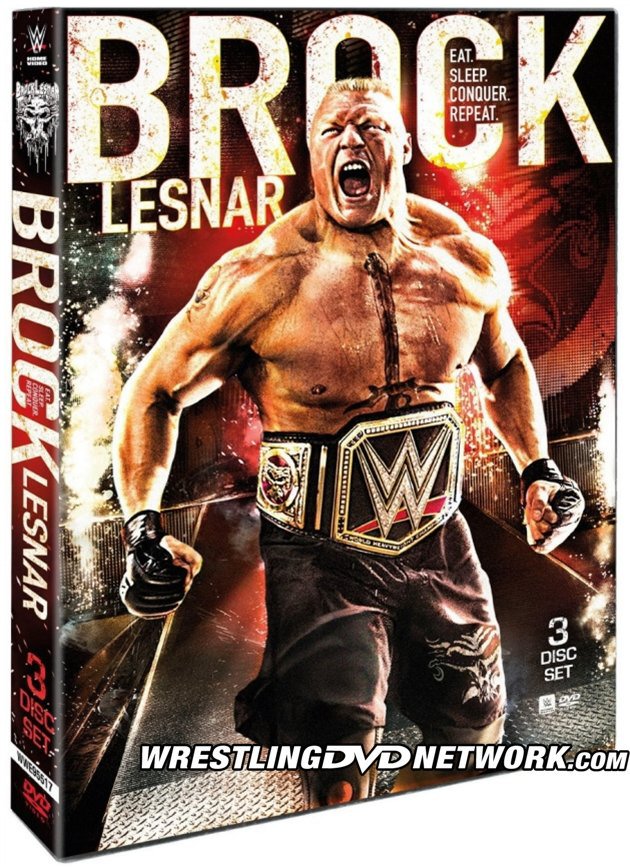 The Blu-ray will pack in all of those monstrous matches and new video packages too, plus on top will be 5 matches presented as Blu-ray exclusives, bumping up the runtime to approximately 8 hours and 30 minutes!

Included in the bonus matches are Brock’s matches from WWE Network specials “Beast in the East” and “Roadblock” (never put out on DVD).

In addition to the standard Blu-ray, a Steelbook Blu-ray edition will be released nationwide in the UK and as a Best Buy exclusive in the United States. The Steelbook packaging will feature exclusive artwork not present on any other version of the Home Video release – check it out again below.

Pre-order the BROCK Blu-ray now by clicking here to Amazon.com. 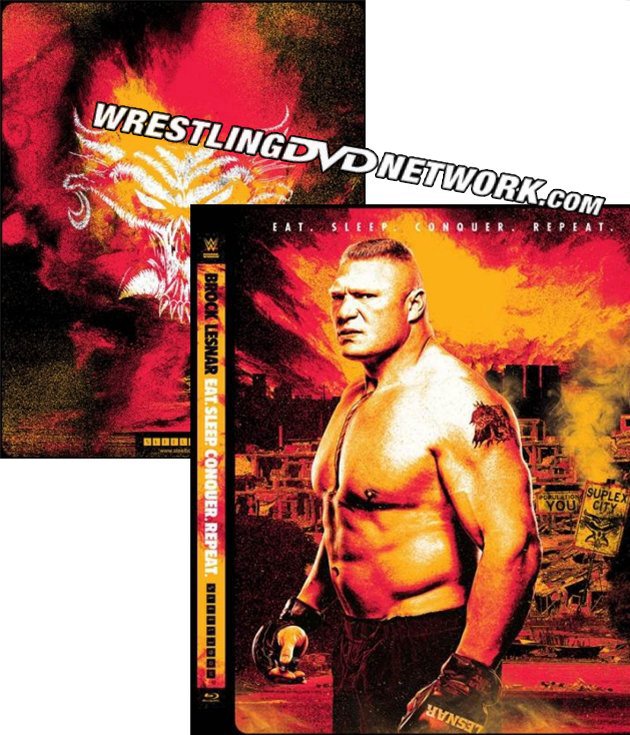 And just revealed as of today is a “Collector’s” box set!

The big box set, confirmed so far for the United States, includes the 2016 DVD, Brock Lesnar memorabilia and other goodies exclusive to this release.

Hinted at in the prototype image below is an item that’s possibly hand-signed by “The Beast” himself and a piece of the WrestleMania 32 ring canvas!

Speculated contents are as follows:

– Australia: TBA. Look for your chance to pre-order it very soon at Madman.com.au.