We can now confirm new details on the upcoming Batista WWE DVD and Blu-ray!

First up, there will definitely be a documentary portion as the main feature. We estimate that this will have a runtime of no more than 50 minutes. The remainder of the set will be made up of Batista matches and promos, beginning with OVW through to present day WWE.

In total the DVD will feature approximately 6 hours and 50 minutes of content, while the Blu-ray version will be 8 hours and 13 minutes long including extras. 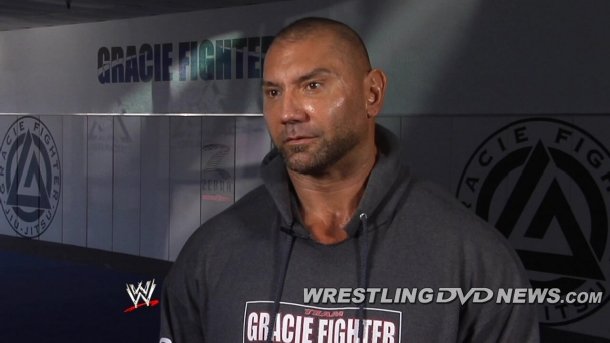 We can also today reveal the following 3 matches confirmed for the release: 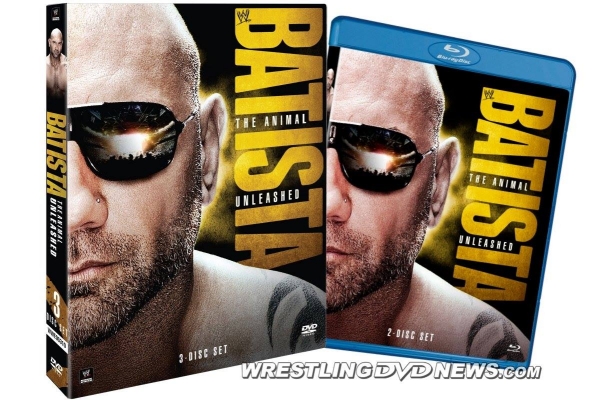 Click here to pre-order yours. The new Batista DVD/Blu-ray hits stores first on June 10th, following to UK/Europe on June 23rd, and finally to Australia on July 2nd.

You may have heard that one of the next shows planned for the WWE Network is “Rivalries“. As WWE prepares to launch that show, below is an official synopsis which details the concept behind it and reveals a 1 hour runtime for each episode.

Rivalries is a one-hour series documenting epic rivalries between two or more Superstars. This series will dive deep into the full history of a classic clash through matches, promos and any other elements involved in the story. Different rivalries include Austin vs. McMahon, Undertaker vs. Kane, Hogan vs. Sting, and Triple H vs. Rock – to name just a few.

A new fan survey has also been issued this week which hints at some of the rivalries being considered for the series. Check out the screenshot shown below. 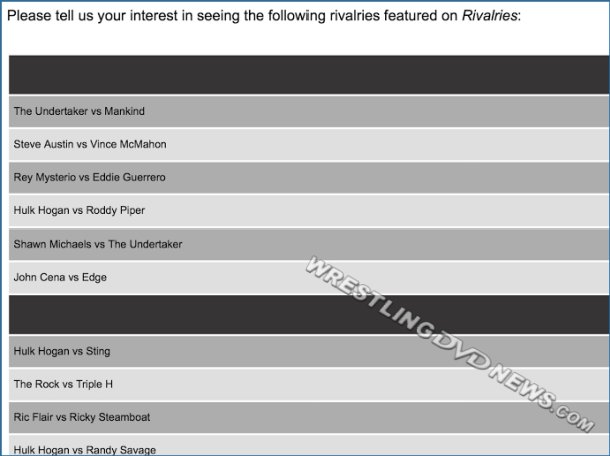 Here’s the complete list of 16 rivalries that were mentioned in the survey:

BLU-RAY DEALS: Listed below are the cheapest WWE Blu-rays to be found right now on eBay – all priced between only $6.48 and $13.00 each, shipping included! 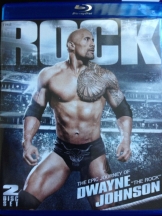