Heads up – the official WWE DVD shop site in the United Kingdom, WWEDVD.co.uk, is running their “biggest ever” WWE Blu-ray sale this weekend!

The sale is live already and features a total more than 80 different titles. Fans in the UK and Europe should take advantage now before the deals expire this Sunday at midnight.

We’ve noticed 10 Blu-rays included in this particular sale which have never been reduced in price before by the UK licensee, including the 2015 released Superstar-themed sets on Jerry Lawler, Daniel Bryan, Chris Jericho, Ultimate Warrior, and a handful of PPV discs too.

With the release of “Monday Night War Vol. 2: Know Your Role” earlier this week, the next WWE DVD on the way in the United States will be SummerSlam 2015 (pre-order).

The DVD will be 2 discs this year (also available on Blu-ray) to accommodate the extended 4 hour PPV event and extras. A free trading card of The Rock will be included inside the packaging.

SummerSlam 2015 drops on September 22nd, following next month to UK and Australian fans.

Above is the official trailer, below are new shots of the DVD’s front and back artwork. 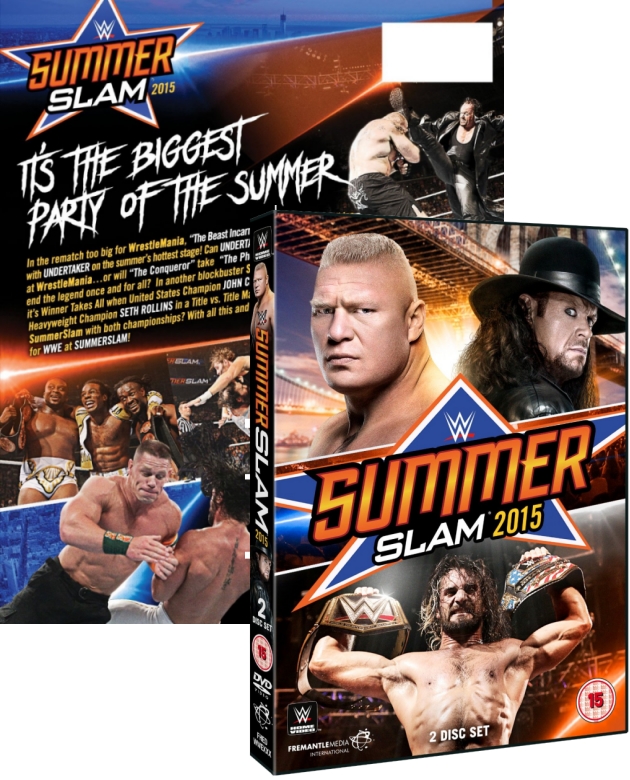