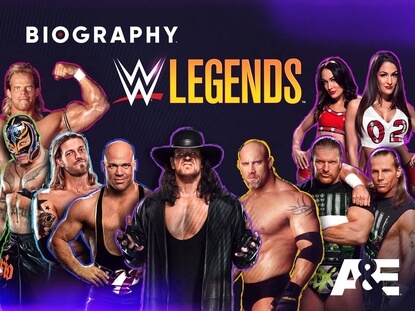 The A&E “Biography: WWE Legends” documentaries are returning to DVD in 2023!

Not only will January 24th, 2023 see the release of The Best of Attitude Era Royal Rumble to the US (via Warner Bros.), “Biography: WWE Legends Volume 3” will hit stores the very same day (this one via Lionsgate).

Last time around, the A&E documentaries were split over two DVD sets, however Volume 3 looks to pack the latest documentaries into one set. The WWE legends that received a special this year were: Undertaker, Goldberg, the Bellas, Kurt Angle, Lex Luger, D-Generation X, Edge, and Rey Mysterio. All of these will make it to Home Video.

Early information suggests this to be a 5-disc DVD set, which by our count leaves more than enough room for the additional documentary on WrestleMania 1, the non-Superstar feature from the series — it’s logical therefore to suggest WM1 will be included here too. The near 13 hour runtime stated on Amazon would support this theory, we just can’t fully confirm it yet.

“Biography: WWE Legends Volume 3” is available to pre-order for January here on Amazon.com. The planned cover artwork looks like this: 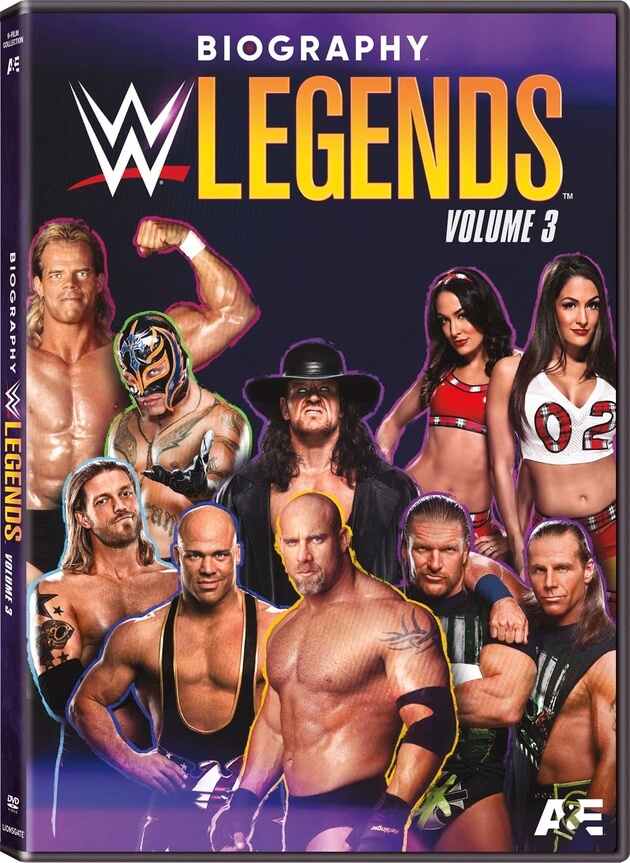 Under the award-winning “Biography” banner, WWE Legends tells the intimate, personal stories behind the success of some of WWE’s most memorable Legends and events. Through rare archival footage and in-depth interviews, each episode explores a different Legend and their immense impact in the WWE universe and on pop culture. WWE Legends Volume 3 includes: The Undertaker, Goldberg, The Bella Twins, Lex Luger, and Kurt Angle.

WWE will release Crown Jewel 2022 on DVD this coming Tuesday to fans in the US, following later this month to the UK. The first sighting of the DVD comes via an eBay seller with early copies available. The photos confirm the freebie inside will be another sticker. 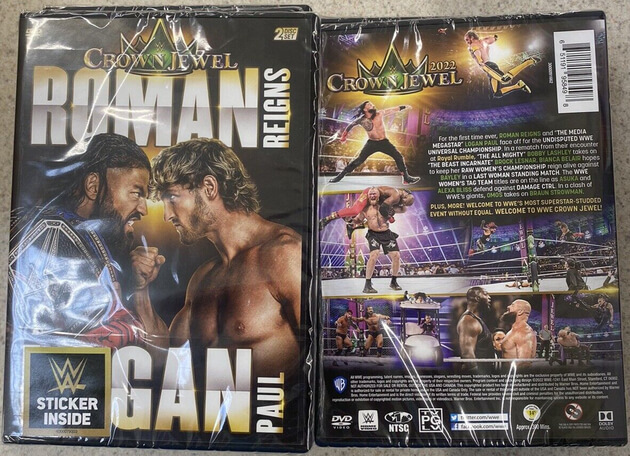 Crown Jewel is a 2-disc DVD set with about 1 hour and 20 minutes of bonus material featured on that second disc! The extras includes the Press Conference held prior to the event and select moments and matches from RAW and SmackDown episodes leading into Crown Jewel. 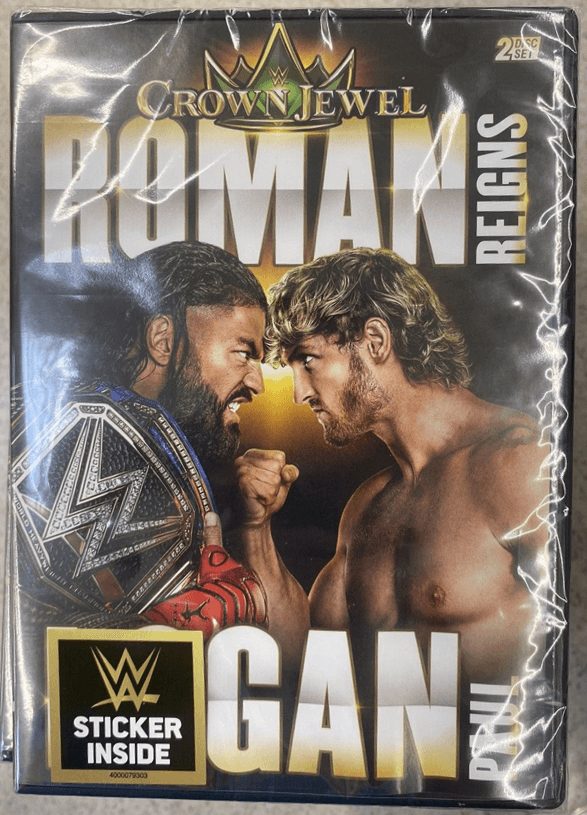 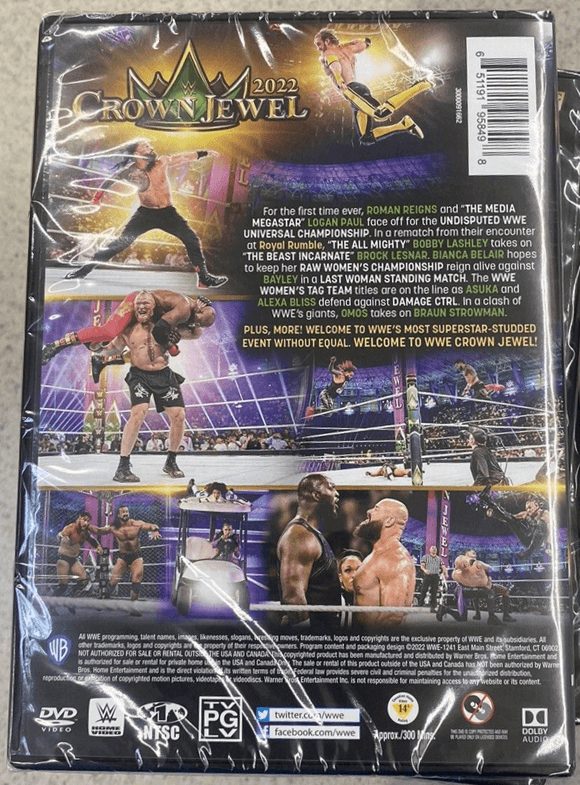