The Black Friday deals are starting early at WWEShop.com! Today only they are offering you a “sneak peek” into upcoming promotions with a new mini-sale.

Several different lines of merchandise are on sale at this link. The WWE DVDs are The 50 Greatest Finishing Moves, Stone Cold: The Bottom Line, and Bret Hart: Best There Is which are all priced at $5.99 each! The Sheamus “Superstar Collection” DVD is priced at $4.99.

Free shipping also kicks in when your order reaches $100 or more in value. 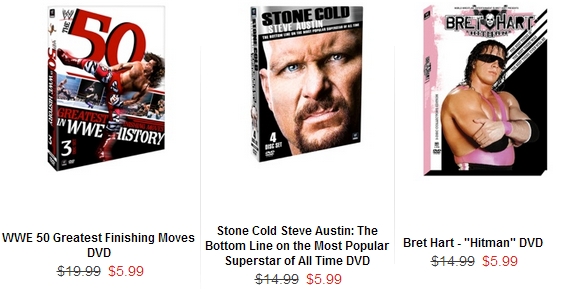 WWE issued the below press release yesterday hyping up the releases of their “History of WWE” and “Raw 20th Anniversary Collection” DVD sets, both of which will be released in time for Christmas. Two takeaways are that it refers to the History documentary as containing over 45 interviews with wrestling personalities, and that for the Raw box set only a DVD version is mentioned, which further confirms the cancellation of the Blu-ray edition.

The press release refers to three episodes of Raw that didn’t actually make it to the final content of 20th Anniversary set. The first ever Raw, the “original DX invasion”, and the 2010 episode featuring Bret Hart’s return were most likely intended to be Blu-ray exclusives.

The History of WWE chronicles the evolution of WWE from a small, regional promotion into the global phenomenon it is today. The DVD includes more than 45 interviews with WWE Superstars past and present, including The Rock(R), “Stone Cold” Steve Austin(R), Triple H(R), John Cena(R), Undertaker(R), Big Show(R), Shawn Michaels(R), Bruno Sammartino, Mick Foley and many more. This exclusive collection gives fans an inside look at each era of WWE as well as the launch of WrestleMania(R) and Monday Night Raw(R).

The History of WWE: 50 Years of Sports Entertainment is the next incoming release to the United States. The DVD and Blu-ray hit stores on November 19th [pre-order yours].

This ad is found in the December issue of WWE Magazine. It reveals an FYE exclusive version of the set which includes a History of WWE poster! Thanks to Cesar Albino. 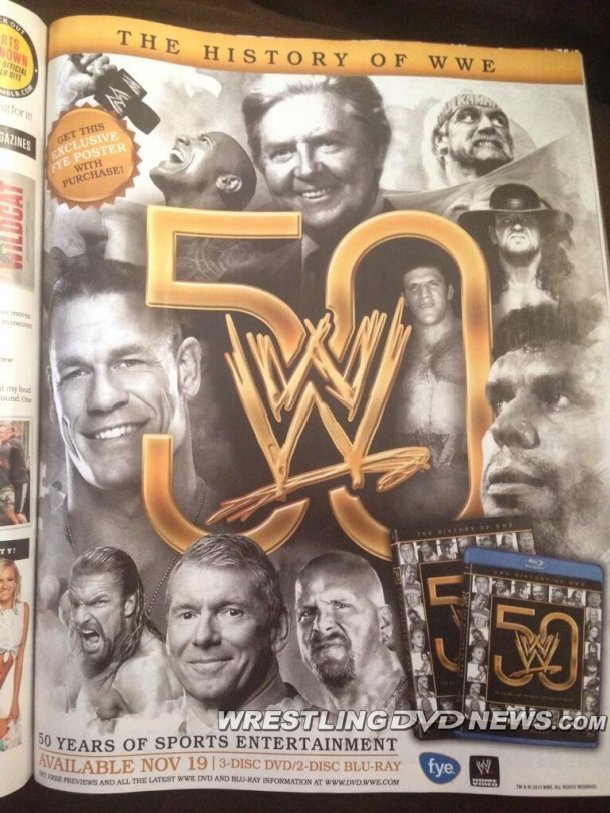 Recently the cover artwork for the UK and Europe’s Hell in a Cell 2013 DVD/Blu-ray was shown here on the site. Below is the same now for the US version. This hits stores one week after The History of WWE. Get it for $12.98 here on Amazon.com. 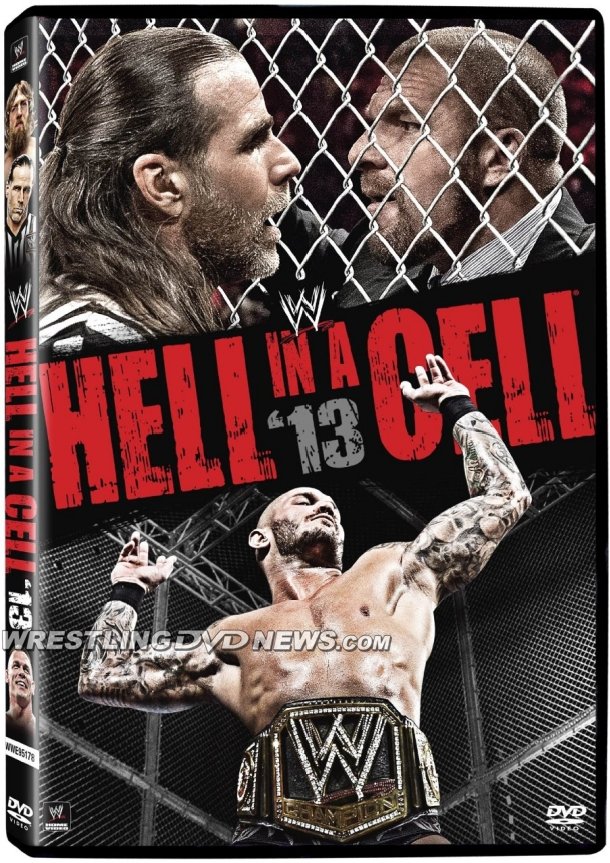 Ryan Kay let us know that the Survivor Series 2012 DVD has been spotted in the $5 bin at Walmart stores. We’ve now heard of 15 different WWE DVD titles found on sale for only $5 in-store, all of which are listed together below. 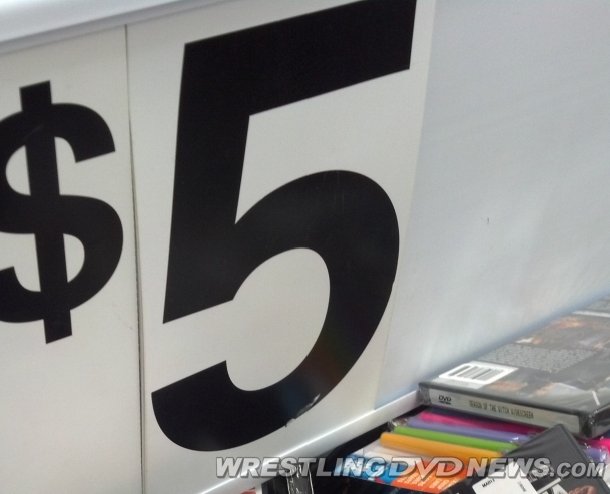 LOTS of rare WWF DVDs are up for grabs on eBay today! 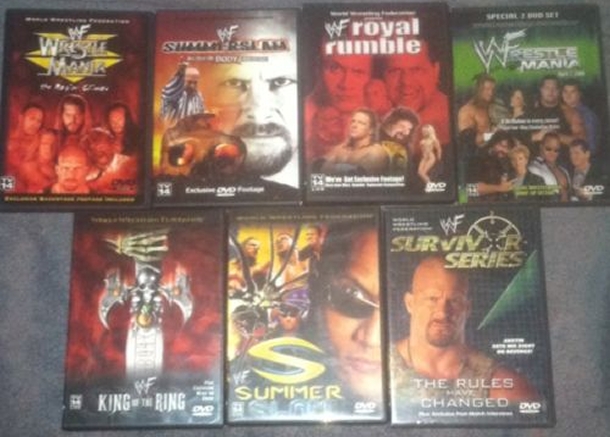 1) This lot of WWF DVDs is the complete 2001 PPV collection and contains rarities like WrestleMania X-Seven and Survivor Series 2001! 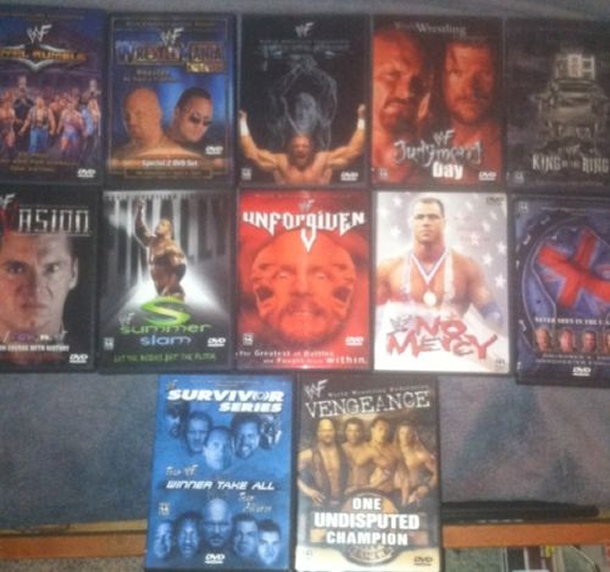