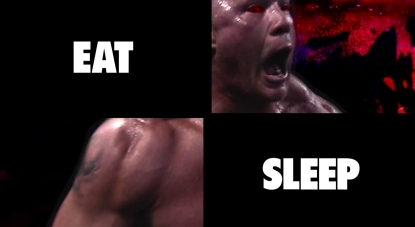 “The Next Big Thing” on the 2016 WWE Home Video schedule is the brand new “Brock Lesnar – Eat. Sleep. Conquer. Repeat.” DVD – it’s on the way for release worldwide this October!

In case you missed it, we revealed the content listing earlier this week…

That DVD version will have a complete runtime of approximately 6 hours and 58 minutes.

However, the Blu-ray edition will run just over 8 hours and 30 minutes as it will include 5 more bonus matches! WrestlingDVDNetwork.com can now reveal those matches below.

The Blu-ray exclusives follow the tone of the rest of the set compiling Brock’s biggest matches since his WWE return in 2012. With these extras, we now have content extending into 2016 with Lesnar’s WrestleMania match this year, along with bouts from a few WWE Network exclusive shows. 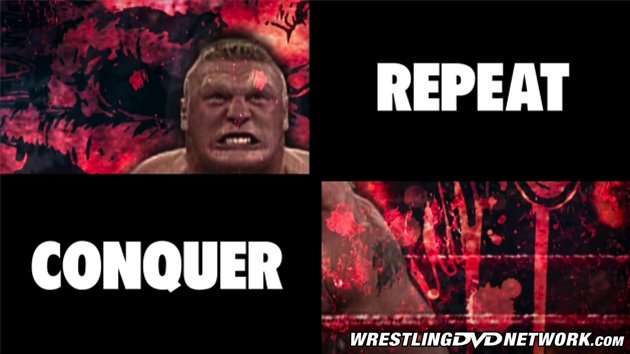 “Living on a Razor’s Edge: The Scott Hall Story” is officially in stores as of this week!

Fans in the USA can grab a copy now on Amazon.com or WWEShop.com.

Fans in the UK can grab a copy now on Amazon.co.uk or WWEDVD.co.uk. 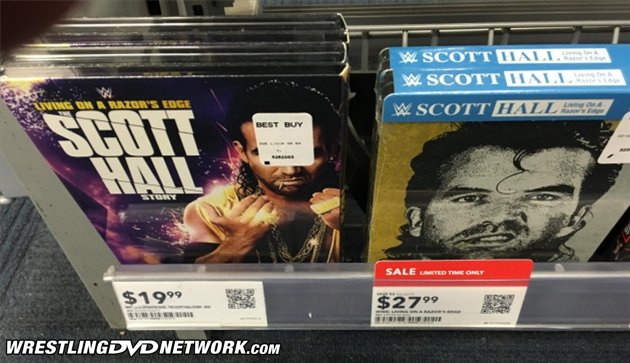 A 1 hour and 22 minute documentary is your main feature, joined by almost 30 matches.

Below, check out some first look photos of the Steelbook Blu-ray edition. It released yesterday to fans in the United States as a Best Buy exclusive and will follow to the UK on July 25th.

Thanks goes out to WDN readers “sladewilson7” and “gemni888” for sharing! 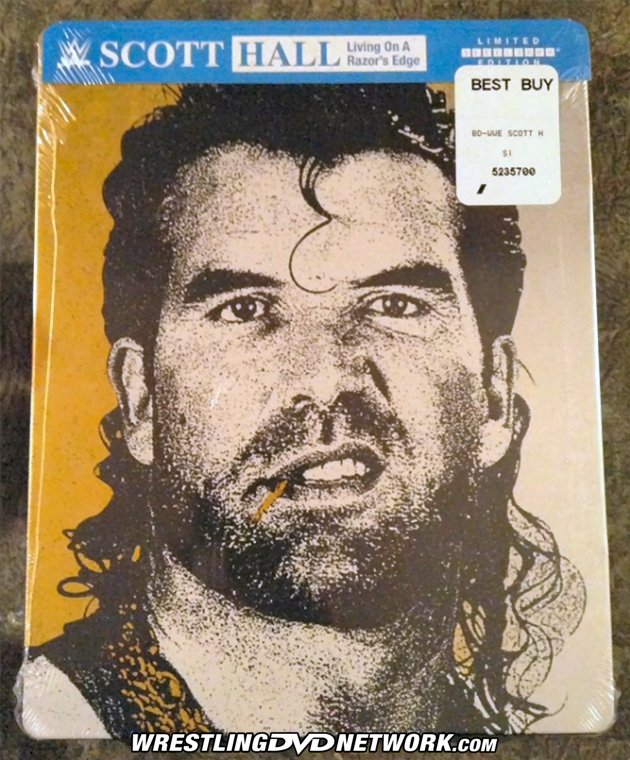 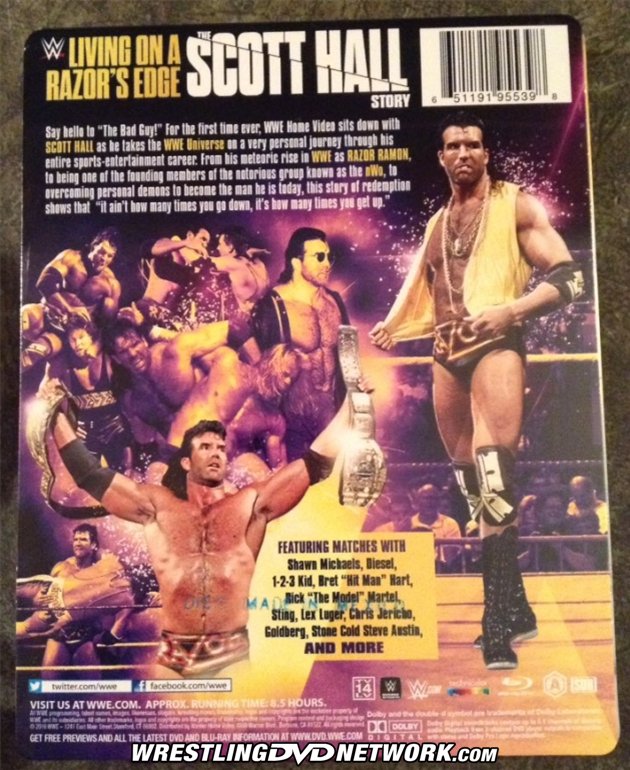 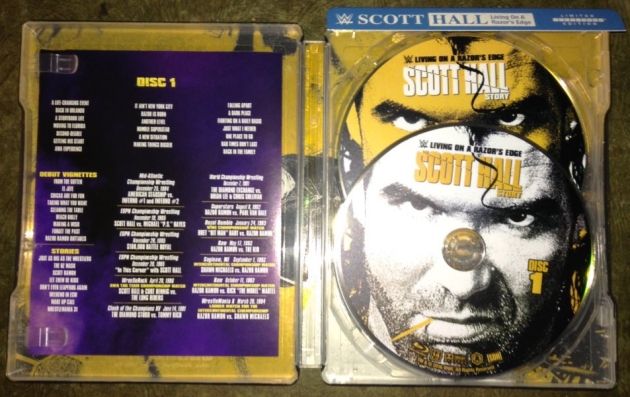 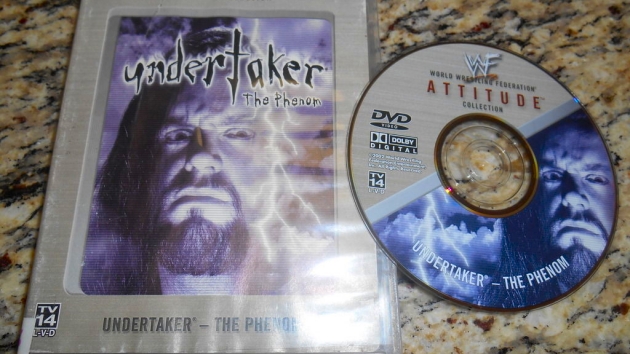 Also up for grabs on eBay today is this big box of 13 WWE DVDs, all still sealed! 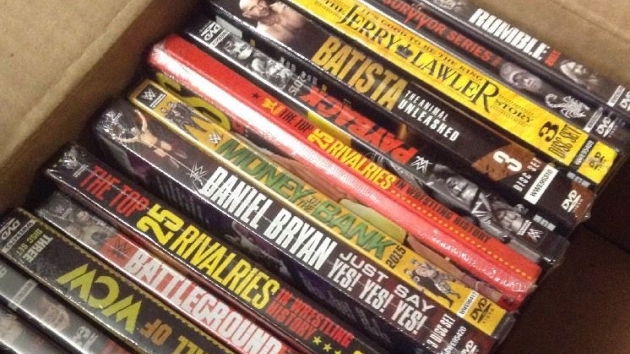