Bret Hart was interviewed for the debut edition of PWInsider.com‘s YouTube show, during which he shed some more light on WWE: Bret “Hit Man” Hart: The Dungeon Collection to be released on DVD in March (pre-order). 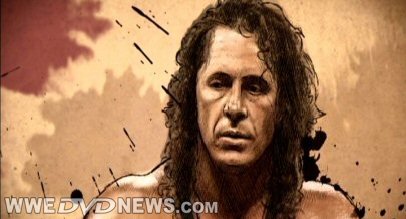 On the content of the DVD and sourcing matches: Bret applauds WWE for their solid effort to go back and source a variety of rare matches for use on the DVD, that fans may not have seen for a while or perhaps never seen before. He makes reference to Tiger Mask matches in Japan, and other early footage from England. Despite best efforts, he notes that a lot of the matches they attempted to acquire they ultimately did not get permission to include. A few Stampede Wrestling era matches are in.

On collaborating with WWE for the DVD: The same WWE personnel who worked with Bret on his first DVD in 2005 also worked on this new project. He has the opportunity to watch a rough cut of the finished product in the next week or so. Both Bret and WWE seem happy with what they found for the set and he naturally has a lot of faith in the Home Video department to bring it all together as a package.

On owning his matches from Stampede Wrestling: Hart confirmed that before his parents died they signed over every one of his Stampede matches, and any other footage of him, which includes interview segments too. He notes that it is always his decision to include them in DVDs, and while WWE can’t use any of the footage of him without his permission, he tries to give back some of the matches when working with them. Bret hopes that one day WWE make him a monetary offer to acquire his Stampede material so his whole archive exists as one.

The Dungeon Collection will be produced on both DVD and Blu-ray formats. Pre-order a copy for March 5th, 2013 at Amazon.com by clicking here.

Check out the full video interview with WWE Hall of Famer Bret Hart below. Discussion includes his upcoming reunion with Shawn Michaels in April, the Hart Mansion receiving heritage status in Canada, plans for his second autobiography, and more.