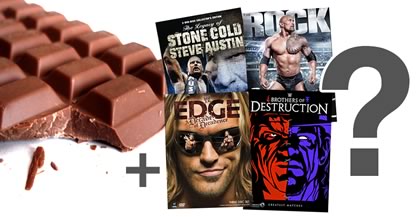 First let me clarify, that isn’t a typo in the title!

Today here at WrestlingDVDNetwork.com we have further details on the “Superstar Series”, which we reported on last week. As we discussed last week these will be budget DVD releases combining a number of previous releases in a new box set. These sets will only be released on DVD, as no Blu-ray versions are planned.

Where does the chocolate come into this story? Well, our information confirms that these sets are actually described as “chocolate box sets”. We presume that the sets don’t actually contain chocolate, but you never know 😉

Below is the early artwork for these sets. 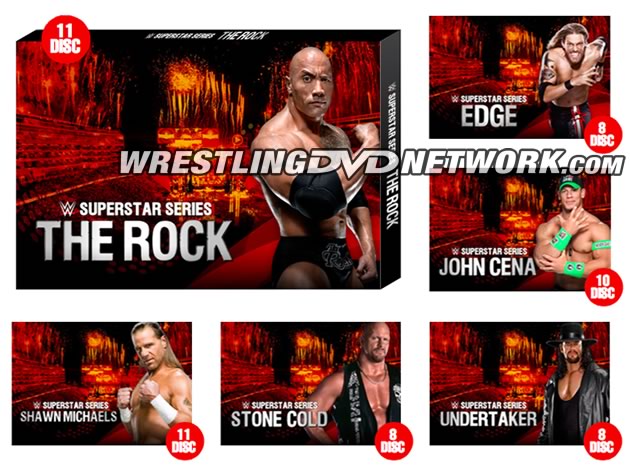 We have also learned which DVDs will be contained within each of the box sets; here is a full rundown of the contents of each “chocolate box set”:

The Rock (11 Discs)
– The Epic Journey of Dwayne “The Rock” Johnson
– The Rock: Most Electrifying Man in Sports Entertainment
– Rock vs. Cena: Once in a Lifetime
– WrestleMania XIX (TBC)

The Undertaker (8 Discs)
– Tombstone: The History of the Undertaker
– Brothers of Destruction
– Undertaker’s Deadliest Matches
– Best of WWE Vol. 4 – Undertaker

As we mentioned earlier these look to be exclusive to fans in Australia, however with a price tag of less than $40 and timed perfectly for the holidays, these sets will be a great way to bulk up your WWE DVD collection.

The “Superstar Series” box sets will be available to order soon from WWEDVD.com.au.

We will have more information on the titles in the coming weeks. Stay tuned. 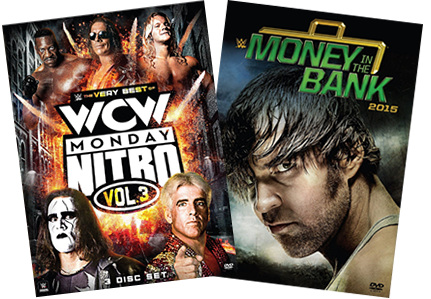