Classic WWE DVD on The Rock Returning With Bonus Disc, Drew McIntyre DVD to Close Out 2021

You’re about to smell what the WWE Home Video schedule is cookin’ for Q4 2021!

The remainder of the year will not only include Best of 1996: Prelude to Attitude, announced right here last week, WrestlingDVDNetwork.com has word that a classic 3-disc WWE DVD on The Rock will be making its return as a “Special Edition” with new bonus disc.

This November marks the 25th Anniversary of Rock’s WWE debut at Survivor Series 1996 and with rumors out there of a potential return to the company on the horizon, it could turn out to be an interesting month for Dwayne “The Rock” Johnson. His new Netflix movie with Ryan Reynolds and Gal Gadot — Red Notice — releases the Friday before this year’s Survivor Series PPV, reportedly the largest investment Netflix has ever made in movie to date.

On November 15th, 2021, Fremantle in the UK will be rebooting and updating “The Rock: The Most Electrifying Man in Sports Entertainment”, the 3-disc DVD set from 2008, now with additional content packed in to make it a 4-disc DVD set. 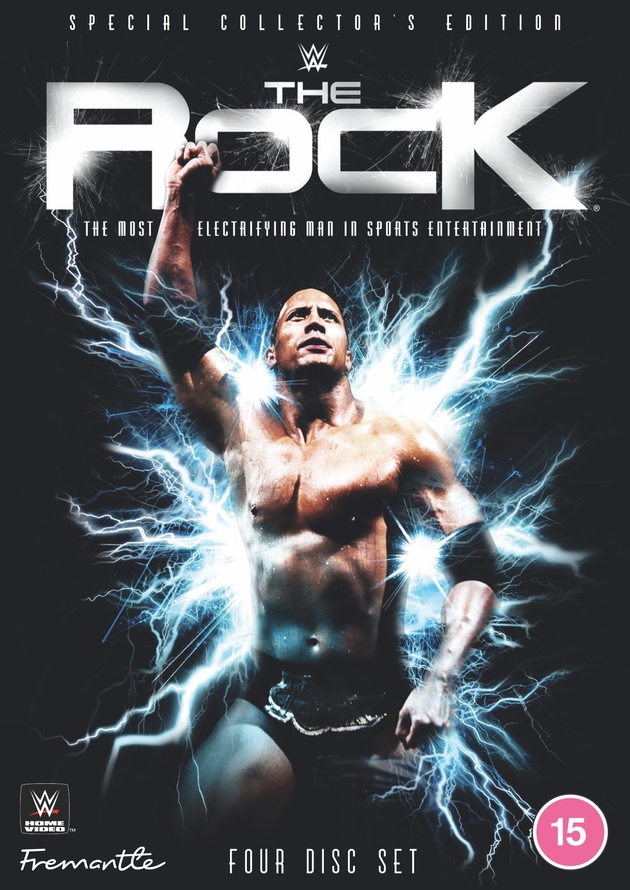 When Silver Vision released “Most Electrifying Man” to the UK, it became one of the best-selling non-WrestleMania titles of all time. Fremantle have never re-released it because when they took over the WWE Home Video license in 2013 The Epic Journey of Dwayne “The Rock” Johnson DVD had not long been released by the former licensee, so the decision was made for Fremantle to re-activate that newer title instead.

In the UK, “Most Electrifying Man” has therefore been out of circulation for close to 9 years, but it’s set to return with even more content.

Due to the original release of “Most Electrifying Man” hitting stores in 2008, this updated version has the potential to add in The Rock’s matches and moments that came later, beginning with his return to WWE to host WrestleMania 27 and subsequent feuds with the likes of John Cena and CM Punk, with his last match to date being the impromptu record-breaking 6-second match with Eric Rowan at WrestleMania 32.

THE ROCK – THE MOST ELECTRIFYING MAN IN SPORTS ENTERTAINMENT (SPECIAL EDITION)

For 25 years The Rock has electrified the WWE universe like no other. Now fans can relive the entirety of The Great One’s legendary WWE career with this 4-Disc Special Edition Set.

Smack-down your pre-order now with Amazon.co.uk. 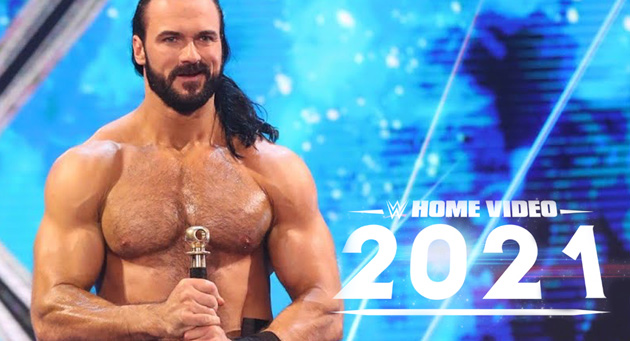 While The Rock’s 4-disc set will be an exclusive offering to the UK and Germany, there’s still plenty of WWE DVDs still to look forward to in the United States.

A newly-revealed Drew McIntyre DVD (his first), to be titled “Drew McIntyre: The Best of WWE’s Scottish Warrior”, will be closing out the WWE DVD schedule in 2021 and is set to be a worldwide release, just like the Best of 1996 feature is too. McIntyre’s DVD is currently slated to be a single-disc offering that hits stores this December, likely presented as a match compilation.

WrestlingDVDNetwork.com has received the full Q4 2021 schedule for both the US and the UK, as shown below. Fans of the Blu-ray format will be pleased to hear SummerSlam will once again be produced as a Blu-ray in Europe this year.

WWE’s biggest party of the summer is here, and everyone is invited! This year SummerSlam takes place at the full capacity Allegiant Stadium in Las Vegas on Saturday August 21st making it the first time the annual event has been held on a Saturday and in a stadium since the legendary SummerSlam event at Wembley, London in 1992. It’s going to be something special!

For one night only, WWE throws the rulebook out the window and lets the Superstars of RAW and SmackDown take things to the extreme at Extreme Rules! With Championships and bragging rights on the line WWE Superstars pull out all the stops as they compete in matches where anything goes!

1996 was a transformative year for WWE as the seeds were planted for the Attitude Era. 25 years on, journey back to that special time and re-live one of the most pivotal years in sports entertainment with unforgettable matches and moments featuring Shawn Michaels, Bret “Hitman” Hart, The Rock, Undertaker, Mankind, Triple H and more!

Every WWE Championship is on the line at Clash of Champions where Superstars risk everything for a chance at glory and the ability to hold the richest prize in sports entertainment, a WWE Championship. Who will write their names in history on WWE’s most golden night of the year?

Welcome to Claymore Country! Witness the greatest matches of The Scottish Warrior’s career as he ascends to the top of the WWE mountain.

As for pre-order opportunities, they are expected everywhere imminently but it is the UK first to move. WWEDVD.co.uk has listed SummerSlam 2021 on both DVD and Blu-ray, as well as Best of 1996. Heads up — the site has just launched a new “Summer Sale” which includes around 40 different WWE DVDs and Blu-rays with prices starting at £1.99 each.

Amazon.co.uk right now has SummerSlam on DVD and Blu-ray, The Rock’s Special Edition, Best of 1996, and Drew McIntyre.