Ahead of the DVD and Blu-ray release this coming Tuesday, here’s a brand new preview clip of The Best of RAW – After the Show!

Get a sneak peek at the off-air “Rock/Austin/Foley Reunion” from March 2004, and click here to order your full copy for Tuesday. It hits Europe and Australia later this month. 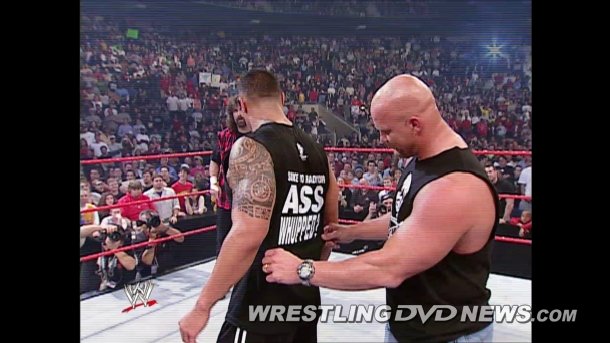 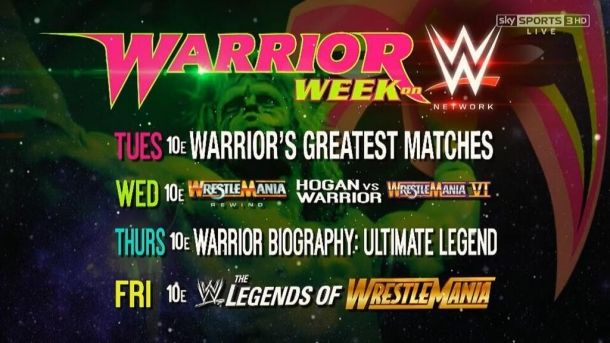 The new Ultimate Warrior DVD is currently back in stock with Amazon, over here. The Blu-ray edition is still back-ordered as of now with about a 2 week wait.

“Warrior’s Greatest Matches” shown on the Network this past Tuesday was essentially Ultimate Warrior’s recent interview with WWE (recorded for the new “Ultimate Collection” DVD), short clips of other personalities talking about Warrior, and the following matches:

We noted recently that now being found in stores are some new single-disc WWE DVDs priced at $4.99 each. They are condensed re-releases of past titles like Top 50 Superstars of All Time, Greatest Stars of the 90s, and The True Story of WrestleMania.

There are more of these now listed here on Amazon.com, including the following:

Speaking of re-releases, thanks to Simon for sending word that The John Cena Experience will be brought out again in the UK next month as a single-disc DVD. The cover artwork (shown below) is updated to a green colour to match Cena’s current line of merchandise. 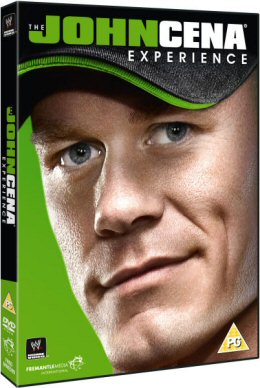 Two notes regarding the Elimination Chamber 2014 DVD. First up, fans in the UK and Europe who pre-order a copy on DVD or Blu-ray will have the chance to win a copy signed by Sheamus. Simply pre-order yours for May 12th here at WWEDVD.co.uk to enter.

WDN reader Aaron sends word that the Australian release of Elimination Chamber 2014 (only on DVD format) comes with a free digital copy of the previous year’s event. 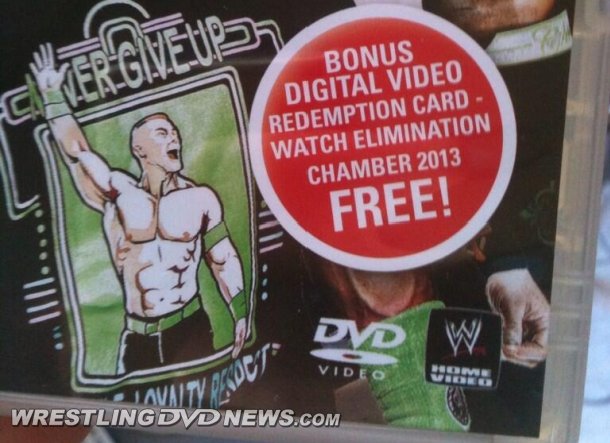 Over on eBay.com today and later this week there are four chances at picking up the hard to find WWE Vengeance and Judgment Day 2002 DVDs! 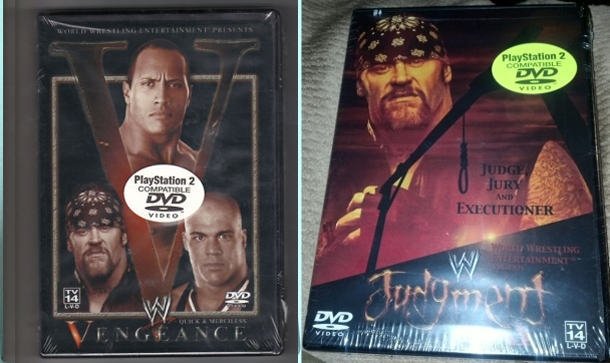