In the new Rock vs. Cena: Once in a Lifetime WWE DVD documentary, CM Punk has some choice words about Dwayne “The Rock” Johnson main-eventing despite not being active week to week. It’s noteworthy that WWE left these comments in, despite all other interviews with the likes of Chris Jericho, Triple H, and The Miz being pro-Rock throughout.

On Rock/Cena rivalry: “I wish we could get more face to face stuff, you know, but I guess that’s kind of the dichotomy we’re stuck with. I also think that’s what makes it interesting.”

On Rock coming back and main eventing: “It’s been a frustrating year. Not just for me but a lot of other Superstars. The Rock waltzes in and he wrestles two days a year. Rock says this place is family, well, I hang out with my family as often as I can.”

In the documentary, Rock addresses the backstage heat he had with portions of the roster – “I strip away all the BS that can be fostered in the locker room with some of the guys. Strip away all that, because I don’t hear all that, it’s all noise, and it’s all bull**** to me.”

Click here to get hold of the Rock vs. Cena WWE DVD now.

Speaking of CM Punk, this week he tweeted the photo below, of finished DVD copies of CM Punk: Best in the World. Similarly, several WWE employees have been receiving their advance copies. Jim Ross had the following to say after watching his.

I have seen @CMPunk DVD…available in October…amazingly honest..compelling…made me happy to be a wrestling guy.

Watched the @CMPunk DVD and loved it. One of the best DVD’s that I’ve seen in years. If fans don’t buy it because Punk is now positioned as a villain on TV then they are naive and missing the boat. 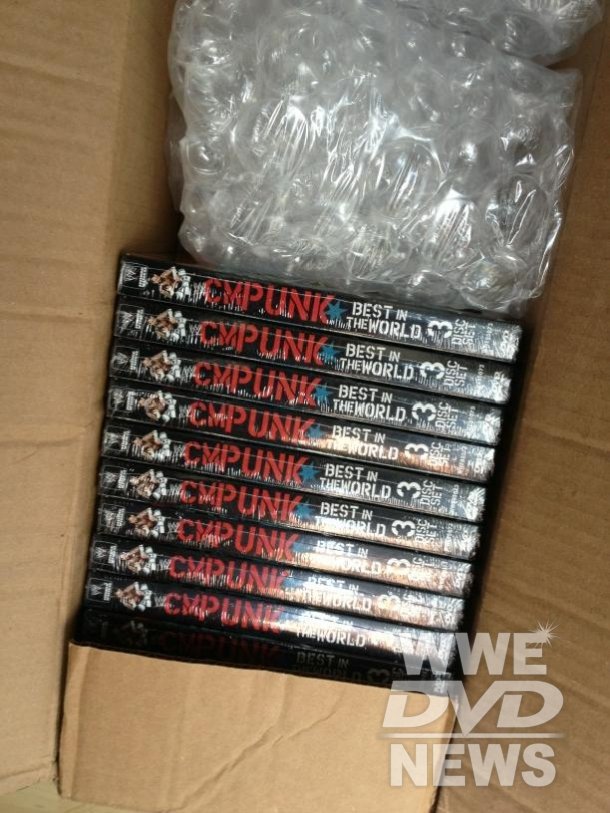 Click here to pre-order the CM Punk: Best in the World WWE DVD.

As of last word, the 2-hour CM Punk documentary taken from the DVD and Blu-ray will be screened at Portage theatre in Chicago on October 7th. However, Punk noted on Twitter that the date will likely be rescheduled soon.

Update: Thursday, October 4th at 7pm is the newly scheduled slot for the CM Punk DVD screening at Portage theater.

No Way Out 2012 is the latest to hit the UK and Europe, and it’s available on both DVD and Blu-ray formats. The Blu-ray edition contains 8 exclusive Raw and Smackdown segments which are not present on the DVD. In stock now at Silvervision.co.uk. 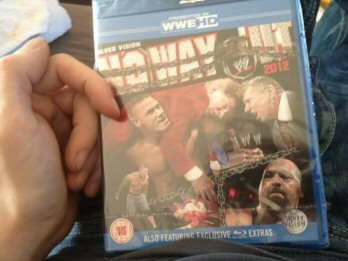 Yesterday Joey Styles confirmed that ECW Unreleased Volume 2 is currently scheduled for release next year in the summer, thus confirming an earlier report by PWInsider.