PART 2: You are now reading part two of “10 Matches on Coliseum Video You Thought You’d Never See”. In part one, five PPV matches were featured. This time the matches listed were all released exclusively on Coliseum Video.

So let’s get to it, the five remaining matches… 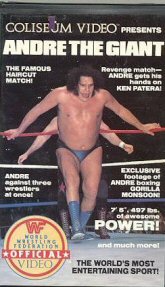 This bout took place in an outdoor stadium in Puerto Rico. Torrential rain had flooded the ring that day, but the match took place anyway and these two behemoths strapped on the boxing gloves in what was an unusual occurrence in the wrestling world. Considering this was a boxing match, wrestling moves were plentiful.

Monsoon laid into Andre who was knocked off balance on more than one occasion. The Gorilla was a huge man, but Andre dwarfed him and in the third round knocked him out cold. The bell may have rung but the action didn’t stop there. On the outside of the ring, Andre continued to pummel ‘the Gorilla’; until he knocked him out again. Monsoon lay unconscious in what resembled a swimming pool but was actually a large piece of plastic sheeting that had gathered rain, while the Giant celebrated with the crowd. 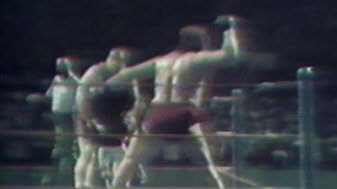 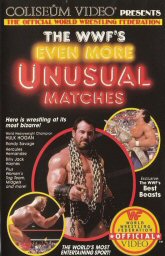 It has been said that Bret Hart & Hulk Hogan have met in the ring only once, right? Wrong! Granted, this was a three on two tag team match, but these two legends and real-life enemies did cross paths for mere moments.

Throughout the match both the ‘Hit Man’ and the ‘Anvil’ were able to isolate Billy Jack from reaching his partner. Bret and Jim made illegal tags and used cheap tactics which infuriated Hogan. Not once during this encounter did the Hulkster succumb to any punishment. The corrupt referee and partner to the Foundation, Davis stayed well out of the way for the duration of the match. Around eight minutes into the match Hulk Hogan secured the victory for his team and the Harts were done.

For years it has been said that the only time Bret and Hogan wrestled was on an episode of Nitro. The finish of that match ended when the two reunited and attacked Sting. In this case it might not have been a singles match, but on that day they were in a WWF ring and they were on opposite sides. 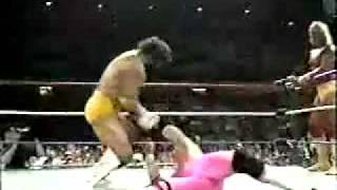 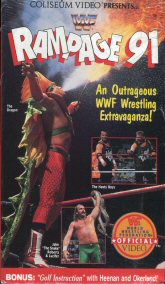 A heel vs. heel tag team match… rare in 1991 wasn’t it? Well, on Rampage 91 it’s here. There wasn’t any feud between the teams going into the match which is puzzling as to why it took place. However, what is interesting is that the unpopular team of the Orient Express, led by Mr. Fuji, seemed to gain some of the audience’s support.

As Romeo Roma hit the ropes, Fuji lowered them, which sent him flying over the top, giving the Express an advantage. Disgruntled by this, Power & Glory’s manager Slick verbally attacked the devious one. Meanwhile, the two teams continued to attack each other, which made for some interesting viewing. The Doctor of Style eventually found an opportunity to avenge what Mr. Fuji had done and did the same to the Orient Express. Following that, both teams took to the outside where carnage ensued resulting in a double count out. It took multiple referees to split the four men until Kato & Tanaka begrudgingly left ringside.

The conclusion of the match didn’t see reconciliation between the heels unlike the Mabel/Yokozuna match from In Your House 4. This was an unlikely scenario, one you wouldn’t usually see. 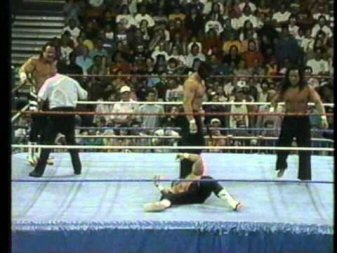 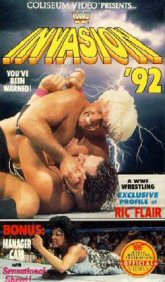 You might have seen this match featured in a previous edition of Coliseum Corner. However, that was for a different reason. You’re seeing it here again because these two Superstars would cross paths much later on and many times over, most notably at WrestleMania XXIV.

In December of 1991, the Nature Boy was still relatively new to the World Wrestling Federation. He was fresh off a long and successful run in JCP/WCW. Shawn Michaels had been a member of The Rockers (with Marty Jannetty) which was reaching its end. In those days, nobody could foresee the Heartbreak Kid’s success years later.

If you hadn’t seen this match before and were familiar with their rivalry/friendship in recent years, could you have imagined seeing this? Flair’s run in the WWF first time round was more famous for his Royal Rumble win and rivalry with Randy Savage. Shawn made his name later on, feuding with his former partner Marty Jannetty, Razor Ramon, Bret Hart and others.

These two put on an entertaining show which was designed to show Ric’s ability to win competitive matches. Shawn, who was dressed in florescent yellow tights with tassels, used his high flying arsenal to dominate the Nature Boy. However, Shawn met his end when he failed to connect with a dive onto Flair when Mr. Perfect, his executive consultant, pulled him from danger. Marty Jannetty raced to ringside to protest, but the damage had already been done. Marty helped Shawn into the ring where Ric easily pinned him, unnecessarily putting his foot on the ropes to add insult to injury.

In Shawn Michael’s tenure as a tag team wrestler, he didn’t wrestle many singles matches, so for Coliseum Video to release a match with him facing the man he would retire (in WWE anyway), is something that many wouldn’t have expected to see. 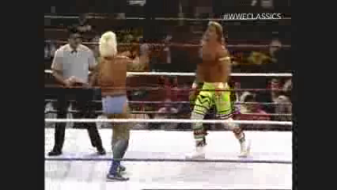 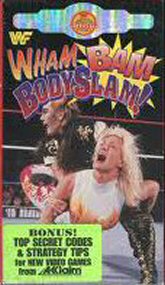 At the height of the brother vs. brother feud, Bret and Owen wrestled frequently on television and Pay-Per-View. There are a number of matches of the two competing on Coliseum Video and this one is one to watch. A lumberjack match is usually used as way of settling feuds, but this seems like more of a settling point for Coliseum Video customers. The match is short and sweet and involves the usual heels on one side of the ring with the baby faces on the other.

The match doesn’t get going too much, but demonstrates the vast abilities both Superstars possessed. This bout ended in four minutes due to Jim Neidhart’s interference, enabling Owen to pin Bret to become WWF Champion. That is until a second referee intervened and explained to the official for the match that the Anvil had not remained outside of the ring, which caused the decision to be reversed. Bret Hart had retained his title.

But for a moment, it was World Wrestling Federation Champion, Owen Hart. 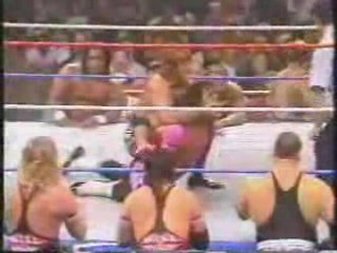 That’s it for the ten matches on Coliseum Video you thought you’d never see. It’s always a pleasure to walk down memory lane and discuss the Superstars who paved the way for the ones you see today. Follow me on Twitter – @ColiseumCorner – for more classics.

If you haven’t joined WDN Community yet, make sure you do. It’s the social network for what we all have in common… the love of Wrestling! This month one active member will be chosen at random to win the latest Bret Hart DVD, and next month the new Mick Foley DVD.