By now all of you readers know that from 1985 to 1997, Coliseum Video were the official distributors of World Wrestling Federation events and Superstar compilations. In Europe, Silver Vision distributed these Coliseum Videos. Fans in America were able to own WWF tapes from 1985. Silver Vision first made WWF video releases available in 1989.

Occasionally releases across the pond differed. In this edition of Coliseum Corner, you will see a few comparisons between the same titles once they had arrived at a new place. 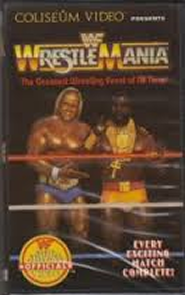 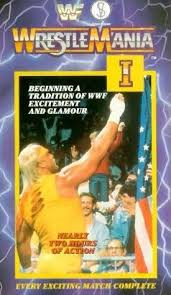 It’s unbelievable that we are just a stone’s throw away from the 30th Annual WrestleMania. At the first one, Hulk Hogan & Mr. T battled ‘Rowdy’ Roddy Piper & ‘Mr Wonderful’ Paul Orndorff in the main event. The artwork for the American release was the same as the promotional poster. By the time “Mania” hit the shelves in Europe years later, the artwork was completely different.

In Europe, a purple theme with lightning all over is what graced the cover. In the middle was a large picture of Hogan with his hand raised, next to the American Flag (this image was not captured at WrestleMania I). Each year, Coliseum’s WrestleMania PPVs were released in accordance with their promotional posters. While SilverVision started to incorporate these themes, the first eight WM events appeared with the Purple lightning. 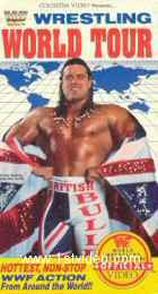 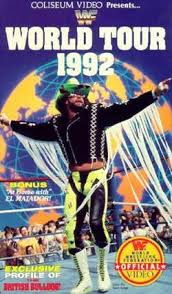 CHV unveiled a great cover for World Tour. It contained matches from all over the world between 1991 and 92. Silver Vision’s title was World Tour 1992 with matches from the same time span. However, the covers for each video were different, which was a subtle difference compared to the actual content. While the American release only ran for an hour, Silver Vision’s ran for two.

One could argue that they’re just two separate releases, but the theme is the same and an Intercontinental Championship match between Bret Hart and Rick Martel is present on both. The Legion of Doom and the British Bulldog vs. The Nasty Boys and The Mountie is an appealing bout that is featured on the hour long release. On the European release, you get to go home with the Bulldog and Tito Santana. 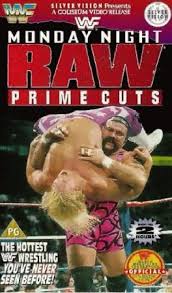 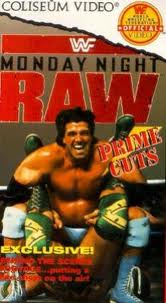 The only thing similar about these two videos is the title. The European video features Rick Steiner on the cover and includes the first few months of RAW, with bouts including The Beverly Brothers vs. The Steiners and ‘Hacksaw’ Jim Duggan vs. Shawn Michaels in a Lumberjack Match. The Coliseum tape from America is a compilation of matches from the later months of 1993. This version included the Steiner’s tag team title loss to the Quebecers and the Intercontinental Championship Battle Royal. As you may remember, the remaining two would meet the following week to crown a new Intercontinental Champion. This match is also on the list. 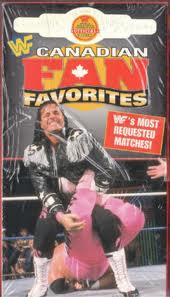 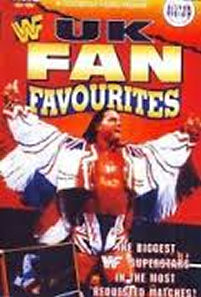 This is simply just a case of geography. The name is slightly different and the covers are completely different but they feature the exact same matches. There can only be one conclusion. Canada and British fans must have identical favourites. On the Canadian fan favourites cover, Bret Hart is applying the Sharpshooter to his brother-in-Law Jim ‘The Anvil’ Neidhart. Of course, Bret is Canada’s hero. The one and only Brit in the Federation (at the time) was Davey Boy Smith, so he was the obvious choice for the UK version.

There are plenty of differences between many of the WWF Coliseum Videos that hit America and Europe. Why not comment below on those you spotted over the years and discuss which variations of the titles you prefer?