We’re back with another entry into Coliseum Corner. Now you may be wondering, where has this column been? Well, we’ve been locked in the WWF Video Vault for a few weeks. Luckily it has given us a chance to find some hidden gems that Coliseum Video have produced over the years!

This week we have for you – Part 1 of some of those great matches that were released on Coliseum. It’s bound to get those memories come flooding back.. 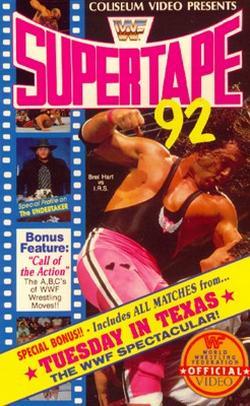 In the days following the 1991 Survivor Series, an impromptu pay-per-view was broadcast. “This Tuesday in Texas” was to be a pay-per-view which would quickly settle some scores. Hulk Hogan had just controversially lost his WWF Championship and wanted not just a rematch, but revenge. On this same pay-per-view Macho Man Randy Savage was desperately seeking revenge on Jake “the Snake” Roberts after being brutally bitten by his cobra. This match was Randy Savage’s first match after being reinstated by President Jack Tunney following his loss to Ultimate Warrior. 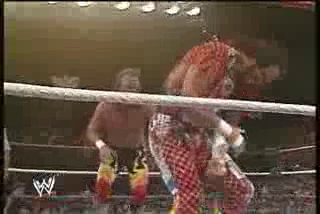 Now this pay-per-view was never released on Coliseum Video under its own title. “This Tuesday in Texas” was included in the Supertape series (92). In an aggressive and emotional battle Savage and the Snake ripped into each other, even before the opening bell. This is a must see match if you like old school WWF drama. 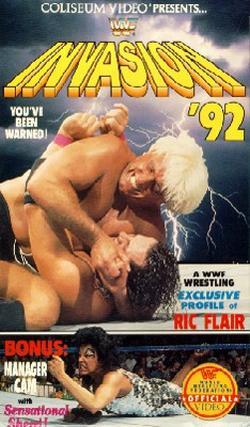 Invasion 1992, featured “Lord” Alfred Hayes and Sean Mooney parading as Star Trek type characters as they introduce the matches on this Coliseum Video. One match in particular which has stood the test of time, is Ric Flair (in his early days in the WWF) VS Shawn Michaels. 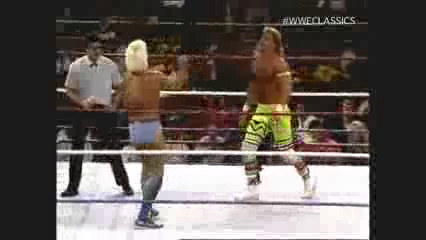 At this time the Nature Boy was as ever a big star. Shawn Michaels, however, was still in the tag team ranks and hadn’t begun the huge climb to stardom. This encounter displays the chemistry that both of these men had together. To think that just over 16 years later, Ric Flair would put his career on the line against Shawn Michaels at Wrestlemania XXIV.

WrestleFest 1994 most certainly offers a classic, Coliseum exclusive. Bret and Owen Hart meet the Steiner Brothers in a Tag Team match that could be described as pay-per-view quality. This match was taped in January 1994 in between the falling out of Bret and Owen at Survivor Series 1993 and the heel turn of Owen Hart at Royal Rumble 1994. 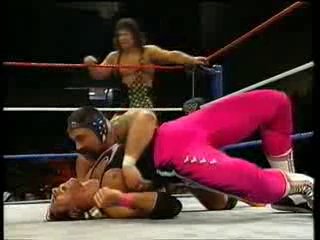 In this Brothers vs Brothers encounter, all four men displayed their incredible wrestling skills to bring to you a very entertaining match. Who wins? Not easy to predict. Check this match out for a knock down drag out affair. It’s a classic. 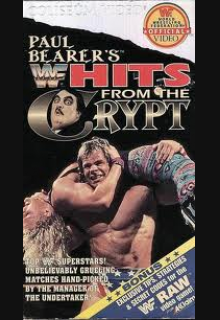 As 1994 progressed, feuds between Superstars became heated. Lex Luger had a long standing rivalry with Yokozuna and was never able to quite get the big win over him. Former friends Randy Savage and Crush had an incredible rivalry. Crush had betrayed his friend and aligned himself with Mr Fuji and Yokozuna. 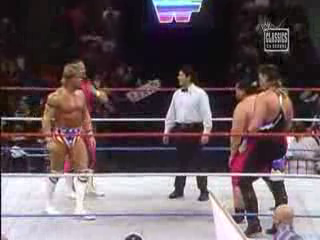 From the Coliseum Video, “Paul Bearer’s Hits from the Crypt” Lex Luger and Randy Savage team up to meet rivals Yokozuna and Crush. This match was shot exclusively for Coliseum Video and these two teams naturally had the crowd on its feet. Make sure you find this match to see 1994 at its best.

That’s all for this entry, Coliseum buffs! Look out for Part 2…