Coliseum Video released the first five events of the mid-year Pay-Per-View and as always here in the Corner we will re-visit matches pre-1998. So here are the chosen five… 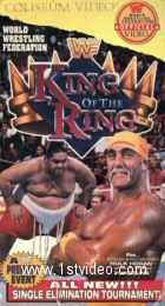 Challenger Crush entered this title match looking focused and ready for action. Both he and HBK started off exchanging wrestling holds, but it wasn’t long before fan favourite Crush reverted to what he did best…power moves.

He hit Shawn with a series of takedowns before executing a spinning backbreaker. Crush used his strength for his Gorilla Press Slam. He sent the Heartbreak Kid to the outside on more than one occasion. The big Hawaiian dominated much of the match but became distracted by Shawn’s new bodyguard, Diesel.

Diesel, managed to distract the challenger while champion Michaels snuck up from behind leaping off the ring apron, driving Crush’s head into the ring post. He took another blow to the head when Diesel slammed his head, once again into the ring post. The champion put the icing on the cake when he repeatedly smashed Crush’s head into the post, knocking him out. However, he still kicked out of a pin. As the big man recovered he began to gain momentum. He once again dominated Shawn but two Doinks showed up smoking cigars!!! The end came when Michaels superkicked Crush to the back of the head, ultimately knocking him down via the turnbuckle, leading the champ to victory. 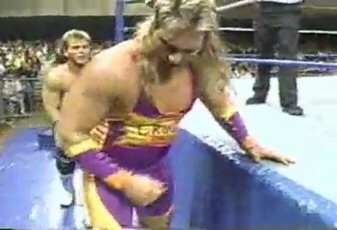 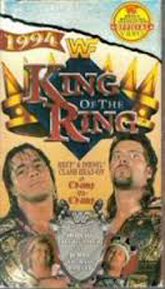 In the opening match of the PPV, the tournament was underway with the ‘Beast From the East’ meeting the ’Bad Guy’. As ever, the frightful main squeeze of Bigelow’s, Luna Vachon was at his side. She proved to be a useful tool, in distracting the referee to the advantage of Bam Bam. He dominated the early going of the match using his weight advantage to weaken Ramon. Bigelow pounded Razor, putting him flat to the mat. The Bad Guy showed resilience, clawing his way back into the game. He recovered steadily and hit some heavy right hands followed by his signature tornado punch.

Seeing an opportunity, Razor climbed to the second rope and executed a bulldog. However, it wasn’t enough to put the beast away. Bam Bam was a dominant force with a fierce reputation and brought another beating back on Ramon. Razor had missed a clothesline which sent him to the floor. As Luna occupied the ref, Bam Bam pummelled his opponent. Back in the ring he continued his dominance by using the torture rack. Satisfied with the punishment he had delivered, Bigelow went to the top rope to execute his signature moonsault.

The Bad Guy saw what was to come and rushed to his feet. He ran to the turnbuckle and then sent the ‘Beast from the East’ plummeting to the canvas with a modified powerbomb. Razor Ramon made the cover which led him to victory and to the semi-final of the King of the Ring. 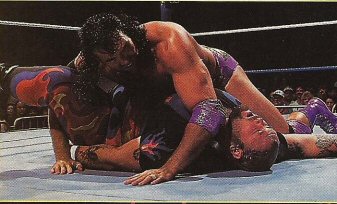 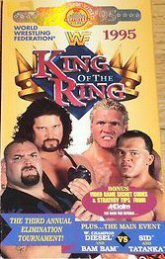 It was supposed to be Razor Ramon competing in this tournament, but an injury to the ribs prevented him from wrestling. Instead of automatically qualifying, his friend Savio Vega would have to qualify by getting past I.R.S in the pre-show… and that he did.

The mammoth Yokozuna entered the match as the favourite, as he always did. Savio, a newcomer to the World Wrestling Federation (although he wrestled as Kwang) was somewhat untested. The Puerto Rican sensation took it to Yoko in the early going, managing to get some stiff shots to the sumo warrior’s head. He almost knocked the former WWF champion off his feet but the power and might of Yokozuna brought Vega crashing down. For much of the match, the mighty Yoko applied nerve holds and crushing blows. There were no fancy moves nor technical wrestling involved. At times, Savio showed signs of life and managed to sneak some punches to his opponent’s head, but it just wasn’t enough.

Eventually the Puerto Rican fought his way back and used the same tactics to attempt to knock Yoko off his feet. The blows to the head just didn’t cut it, so he came off the ropes with a spinning heel kick which took the 641 lb. giant down. In the closing moments of the match, the two battled outside of the ring where the mighty giant charged and missed his opponent, inadvertently knocking himself out on the ring post. Savio made it back into the ring and beat the count, advancing to the next round. 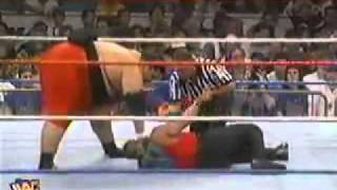 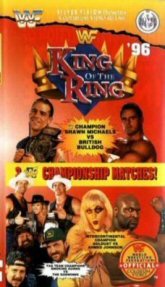 This rivalry escalated after Lawler had smashed a picture of the Warrior over the Warrior’s head. At the Pay-Per-View, the King entered the arena with mic in hand, insulting the Milwaukie crowd. The Ultimate Warrior soon followed.

Before the bell, Lawler used his sceptre to choke the man in paint. The King was able to capitalise on Warrior’s weakened state and used an illegal choke hold to keep the man down. Jerry managed to get the Ultimate one in his finisher – the piledriver, but the Warrior stood right up after it was executed!

He used his wild adrenaline to absorb every blow the King delivered and made his comeback. He ran the ropes and threw a series of clotheslines. Then, in his final move, the Ultimate Warrior shot his body at Jerry Lawler with his patented shoulder block to secure the victory. 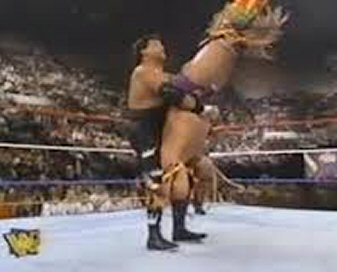 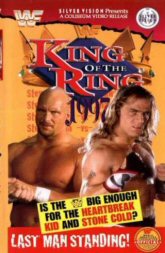 In the main event of the King of the Ring 1997, the WWF Champion had his work cut out with challenger Faarooq.

Being the leader of the Nation of Domination, his henchmen were at ringside. They interfered on his behalf on numerous occasions, which allowed Faarooq to dominate much of the match. The Nation of Domination’s advantage didn’t last as members; Savio Vega and Crush argued outside. Disctracted by this, their leader left the ring to investigate. The Undertaker was given ample time to recover and gain momentum.

Faarooq was punished and beaten by the WWF Champion, before succumbing to the Tombstone Piledriver. After the match had ended, Ahmed Johnson made his way to ringside and verbally abused the ‘Deadman’. Ahmed then hit the champion with his Pearl River Plunge and the PPV ended with Johnson standing over Taker. 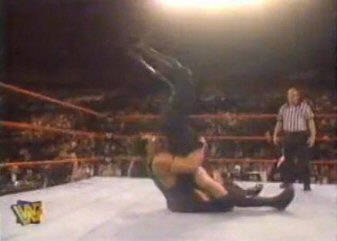 That’s just some of KOTR’s forgotten matches. Feel free to leave a comment below with any others that come to your mind, and stay tuned for more Coliseum Corner.

In the meantime, add me as a friend on WDN Community. Prizes for active members!