Hello WWF Home Video Universe and welcome to another edition of, yes you guessed it…Coliseum Corner.

This week let’s revisit some great matches in the library with “Hidden Gems Part 2”. 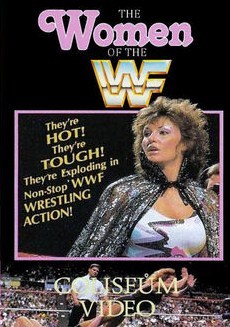 The Women of the WWF, released in 1988 is dominated by the classic female wrestlers of the golden age of professional wrestling. No Bra and Panties matches here. These ladies were mean and rough. A real highlight in this video is what is now known as the “Original Screwjob”. 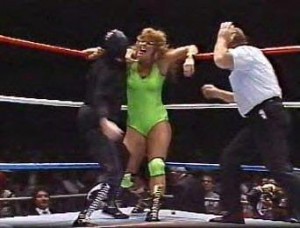 On November 25th 1985 Richter was to defend her title against Spider Lady. Unbeknownst to the Ladies Champion Spider Lady was the Fabulous Moolah under a mask. During the match Spider Lady pinned Wendi to win the Ladies Championship. Wendi Richter had kicked out at the count of 1 but was still counted down for the 3. Ignoring the final bell, Richter continued to pound on Spider Lady, eventually unmasking her to find out it was Moolah. This wasn’t scripted. Reportedly, Richter fled the arena in her wrestling gear never to return to the ring. 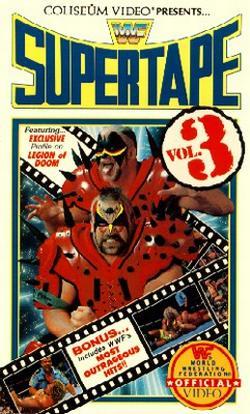 On Supertape Vol. 3, The Legion of Doom and the Ultimate Warrior met the 3 man team of Demolition. The Legion of Doom had just surfaced in the WWF and for years, Demolition were seen as LOD imposters. So this was a dream match to WWF fans as these teams appeared to have so much in common. Add the WWF champion into the fold and you have got a classic. 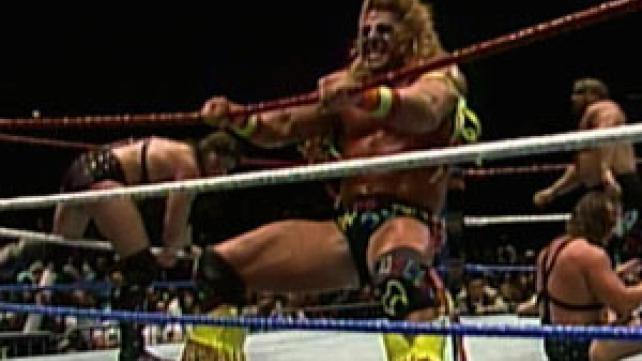 This encounter was taken to the absolute limit when it came to a brawl, and Demolition certainly had what was coming to them. You have to see it to feel the excitement of what the summer of 1990 brought in action, drama and a big fight. 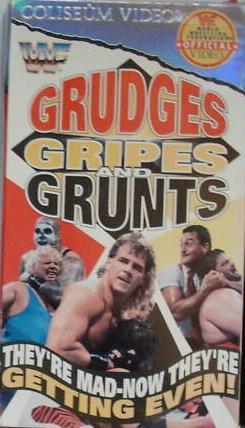 The next match under the spotlight comes from the Coliseum classic Grudges, Gripes and Grunts. Ric Flair and Shawn Michaels challenged WWF champion “Macho Man” Randy Savage and Intercontinental Champion Bret Hart. Taped in June of 1992, it had been 7 months since Michaels and Flair had been in the ring competing (find this in Hidden Gems Part 1). 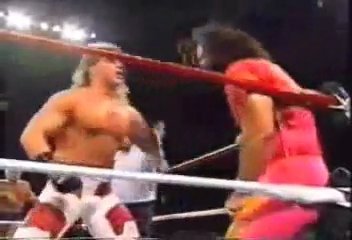 In that time Shawn Michaels had broke away from Tag Team competition and had turned his back on his fans, yet had been successful in becoming a major contender for the Hitman’s Intercontinental Championship. In here, you can see four of the most successful superstars in wrestling history compete in a match exclusively filmed for Coliseum Video. The bout features fantastic technical wrestling and great action that sees two feuds captured in one match. This is definitely one to own, so make sure you do. 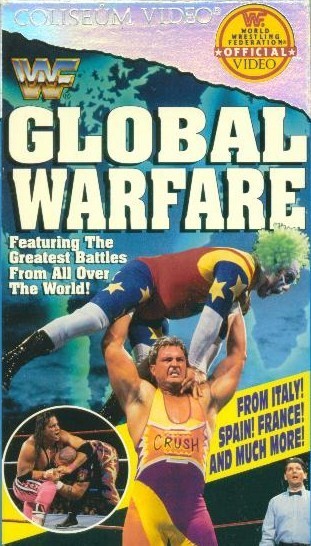 Our final match for the week’s column is Hacksaw Jim Duggan vs. Yokozuna. This grudge match took place and was shown live in France. It is brought to you courtesy of Coliseum’s video release, Global Warfare. In February of 1993 Big Yoko had put Duggan out of action with multiple Banzai Drops. Fast Forward to April and Hacksaw was looking for revenge in Europe. 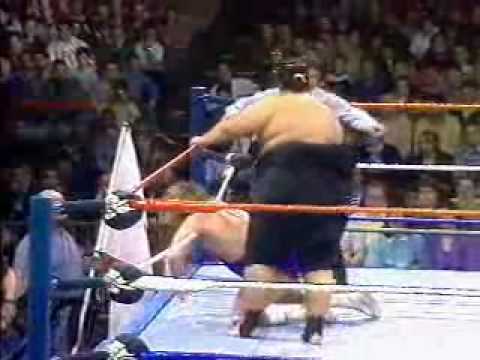 This match was a must see for fans who wanted the American Hero to get revenge. As usual, Hacksaw put up a great fight but could he get the job done? Interestingly enough, Hacksaw was able to get the fans to chant USA in every country he competed in. Track this video down for highlights of the historic European tour of 1993.

That’s all we have time for in this edition of Coliseum Corner. Be sure to check these matches out again and let us know what you think. See ya next time.