Welcome to the latest edition of Coliseum Corner! This week saw The Best of WWE at Madison Square Garden DVD hit stores, and we now go back to take a look at three matches held at MSG which were featured on Coliseum Video.

Stand-out historic matches or not, these bouts are a demonstration of the variety of what you could expect at Madison Square Garden.  As home of the WWE, there have been thousands of matches that have entertained the New York City crowds.  Perhaps the best matches ever have taken place there. MSG has hosted eleven PPV events (too many to mention), house shows, taped and live shows.  It is the mecca of all events and of course the WWE.

So now to the matches! 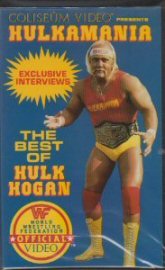 On January 23 of 1984, Hulk Hogan challenged super villain and WWF Champion The Iron Sheik for his championship.  The Sheik had won the title a month before from the fan friendly Bob Backlund. The Iranian’s victory had left a bad taste in the fans’ mouths and Hulk Hogan was to avenge Bob Backlund’s loss and maybe begin a title reign of his own.

Hogan from the beginning brought the pain to the Sheik.  He attacked the champion while he was still wearing his robe.  In typical Hulk style, the Hulkster used a series of forearms to knock down his opponent.  The Hulkster irish-whipped Sheik numerous times, greeting him with clotheslines and a big boot. Hulk however, went to the well one too many times and the defending champion was able to dodge his attack.  The Iron Sheik then began his attack on the challenger with boots to the back and side followed by an elbow drop.  He weakened Hulk with a Boston Crab before applying his patented Camel Clutch.

Hogan, not about to quit, powered out of the champion’s finishing hold.  With determination, Hullk recovered and delivered a big boot and his almighty famous leg drop to pin the Sheik and win his first WWF Championship and so began the beginning of Hulkamania. 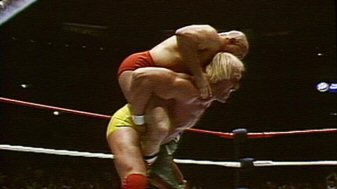 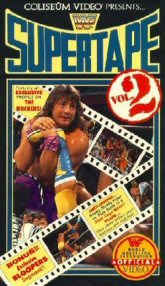 In the latter part of the summer of 1989, Rick Rude and Roddy Piper began feuding.  Piper cost Rude the Intercontinental Championship at Summerslam.  On house shows across the country, these two battled into the winter.  On December 28, these two superstars met inside a steel cage at the “World’s Most Famous Arena’, televised for the Madison Square Garden Network and would be featured on the Wrestling Supertape Vol. 2 release.

The match started abruptly as Rude attacked Piper when the Scotsman entered the ring.  Roddy quickly reversed the attack, as he threw Rude into the cage spine first.  As both men had amateur experience in boxing, a fist fight ensued. Roddy also resorted to biting his opponent to gain the advantage.

Rude climbed the cage several times to no avail.  Piper even exposed the Ravishing one’s “behind” while pulling him from the top of the cage.  It wasn’t the first time fans had seen Rude’s bottom.  Piper also had some unsuccessful attempts at escaping the cage…landing crotch first on the top rope! Raving Rick used a series of elbow drops to further weaken the Rowdy one.  It soon became a race to leave via the cage door with manager, Bobby Heenan doing all he could to help Rick escape.  Eventually both men fought over the cage and jumped off, landing on the arena floor simultaneously.  The match was restarted and Ravishing Rick jumped from the top of the cage and nailed Roddy with a knee drop. Suffering what looked like a seizure it looked like the game was over for Hotrod.

The end came when Rude attempted hitting Piper with a foreign object.  However, it backfired when he was met with a punch thus dropping the weapon.  Roddy picked up the weapon and gave Ravishing Rick the knockout blow to the head that was meant for him.  Piper walked over to the cage door and easily escaped for the victory. 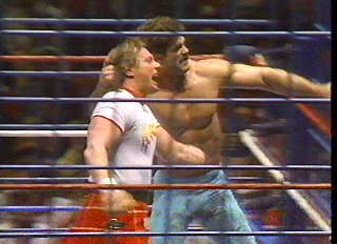 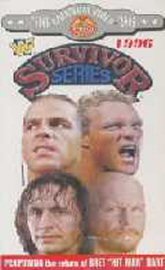 Before the Survivor Series pay-per-view on November 17 1996, the Free for All presented a traditional Survivor Series match to warm up the crowd and viewers for the spectacular that would follow.

The Smoking Gunns had recently separated and captained their respective teams.  Billy Gunn, the “heel”, came to ringside wearing a black hat, the symbol of an outlaw cowboy.  A match filled with superstars who were low on the card, these eight men would wrestle a fast paced match. With only around seven minutes to fit in seven eliminations, the bout was short and rushed yet entertaining.  Each team member would be eliminated somewhat quickly, but were able to entertain the tough crowd in NYC.

The final two superstars in the match were predictably on-screen brothers Billy and Bart Gunn. The two would only go at it for around a minute and Bart Gunn would get the pin over Billy. Considering this match was filled with lower level talent, the crowd were happy with Bart’s win. Looking back at this match, some of these low level stars would gain success and some would reach Hall of Fame worthy careers.

Billy Gunn and Jesse James would become the insanely popular New Age Outlaws, Bob Holly would meet mild success as Hardcore Holly. The Sultan, although he reached mild success before as Fatu, found his niche as Rikishi.  The most successful would be Bradshaw who went on to become WWE Champion for ten months after defeating Eddie Guerrero in 2004. 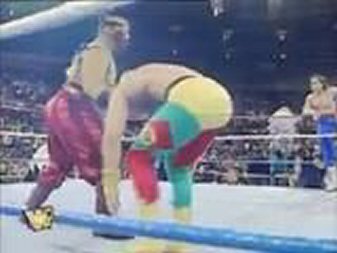 These three matches from “The Garden” are just a twinkle of the thousands of matches that WWWF/WWF/WWE staged. Most may have been better quality than those listed here today but the beginning of Hulkamania was born under this roof.  The rarer yet exciting bouts, such as the cage match, created excitement and was a venue to settle feuds. The Free for All match may have no legacy but it featured some future, significant stars and was a hidden exclusive that Coliseum Video shared with us. Until next time!