WrestlingDVDNews.com can confirm that the Sting WWE DVD is going ahead!

It’s scheduled for both DVD and Blu-ray release to the United States on September 23rd. Previously revealed was the UK release date which as of now is September 29th.

The first synopsis for the DVD is exclusively revealed below and suggests that it will be a match compilation. This would explain why the WWE survey from earlier this week contained an option for a Sting documentary, a project that may be coming further down the line.

The Sting DVD chronicles his entire career from his Mid-South days as part of the Blade-Runners (with Ultimate Warrior) through his last WCW match vs. Ric Flair on the very last episode of WCW Monday Nitro (3/26/01).

The video features more than two dozen matches in total, many never before released on DVD. This includes a combination of well-known memorable matches, as well as some fairly obscure matches including encounters with Vader, Cactus Jack, Hulk Hogan, and Ric Flair. In addition, packages throughout the title will help tell the story of Sting’s career evolution.

We can also confirm that there are tentative plans in place for Sting’s character to be included in the WWE 2K15 video game, most likely as a pre-order bonus. 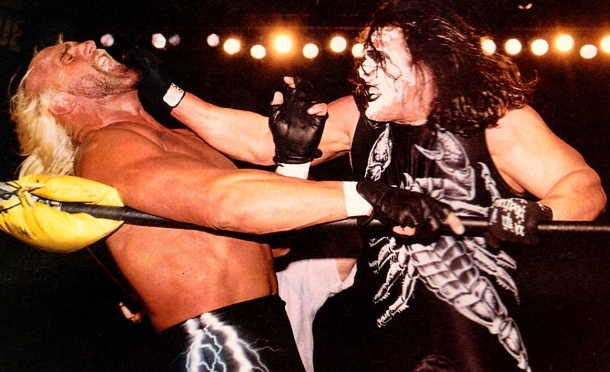 We recently showed you photos of the Batista “Animal Unleashed” DVD. Courtesy of WrestlingSuperStore, now here’s a look at the Blu-ray edition of the set.

This is the next WWE DVD/Blu-ray scheduled to hit stores, releasing this Tuesday. 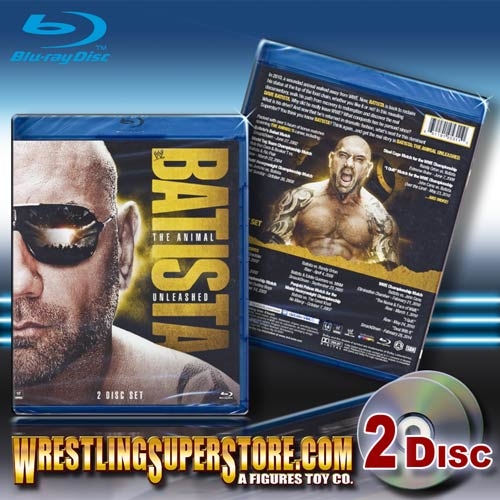 “Fancy Pants“, the 2011 wrestling themed movie (starring Roddy Piper), has now been released on DVD. You can find it listed here on Amazon.com. Watch the trailer below.

FANS IN UK/EUROPE: The WWEDVD.co.uk website now has the new “Best of Great American Bash” DVD/Blu-ray up for July pre-order. Payback 2014 can be pre-ordered for August.

“The Attitude Era” will be the next DVD/Blu-ray documentary streaming on the WWE Network.

We now have a new page up on the site (linked to below) which lists all of the documentaries available to watch on the Network, and this will be kept up-to-date going forward.

Also check out these rare goodies ending soon and within the next few days: