The official Crown Jewel 2022 DVD cover artwork was recently unveiled, and today comes the extras list! Let’s take a look at both.

Crown Jewel will once again be a 2-disc DVD set to accommodate the runtime of the event, which gives the opportunity to stack the second disc with approx. 1 hour and 20 minutes of extras too! This will include the Press Conference along with select moments and matches from RAW and SmackDown episodes that led into Crown Jewel, such as the Brock Lesnar and Bobby Lashley brawl and one of Bray Wyatt’s in-ring promos since his return to WWE.

The front cover artwork will feature Roman Reigns and Logan Paul face to face from one of the event’s promotional posters, Brock Lesnar and Bobby Lashley will appear on the spine artwork, while the back cover will feature several action shots from the show. 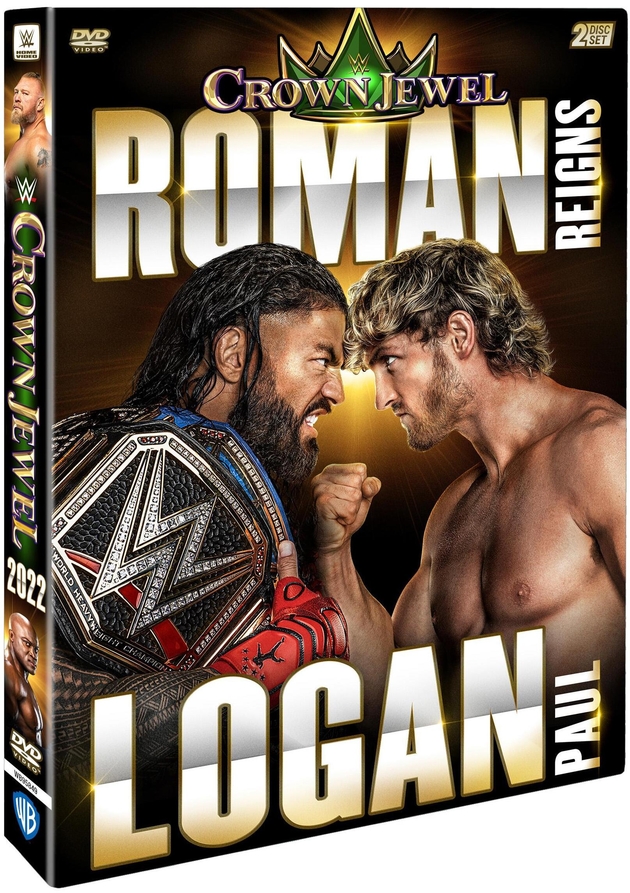 For the first time ever, Roman Reigns and “The Media Megastar” Logan Paul face off for the Undisputed WWE Universal Championship.

In a rematch from their encounter at Royal Rumble, “The All Mighty” Bobby Lashley takes on “The Beast Incarnate” Brock Lesnar. Bianca Belair hopes to keep her RAW Women’s Championship reign alive against Bayley in a Last Woman Standing Match. The WWE Women’s Tag Team titles are on the line as Asuka and Alexa Bliss defend against Damage CTRL. In a clash of WWE giants, Omos takes on Braun Strowman. 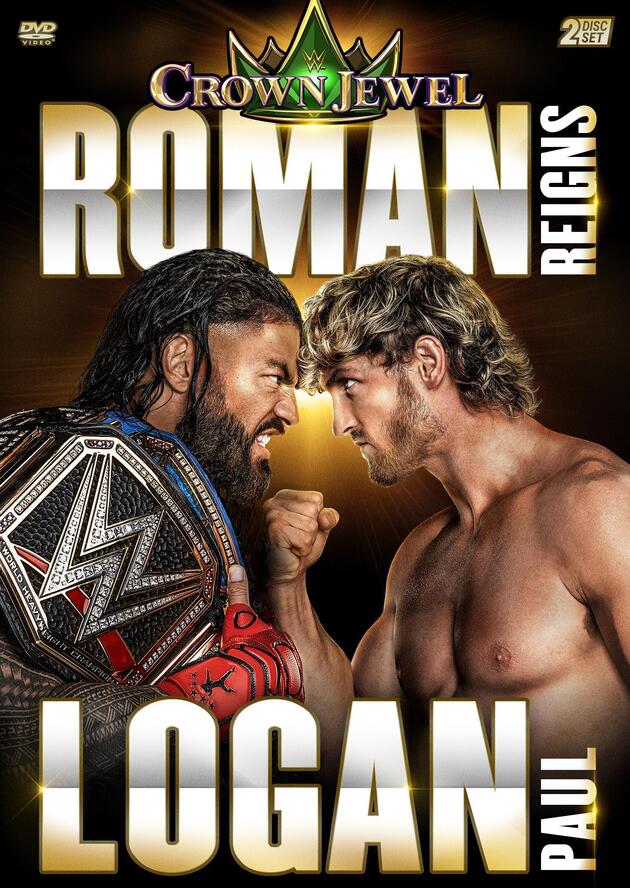 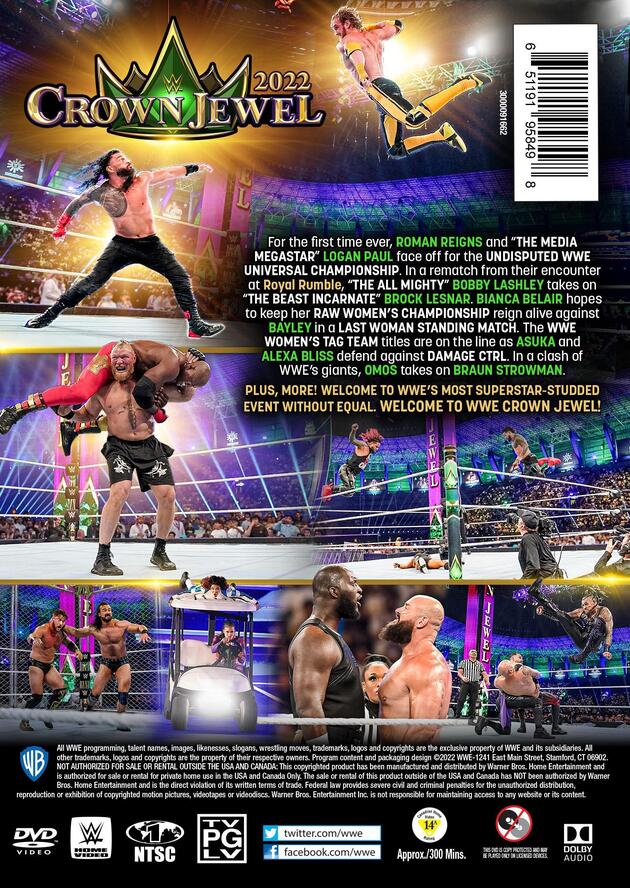 The UK’s cover artwork will be slightly different — “2022” is stated on the front cover (the US version doesn’t do the same, though it does reference “2022” on the spine and back cover, so this is a minor note). The year is typically shown on every PLE front cover so the UK addition was likely made for consistency. The UK cover also moves “2 Disc Set” from the top right to the top left. 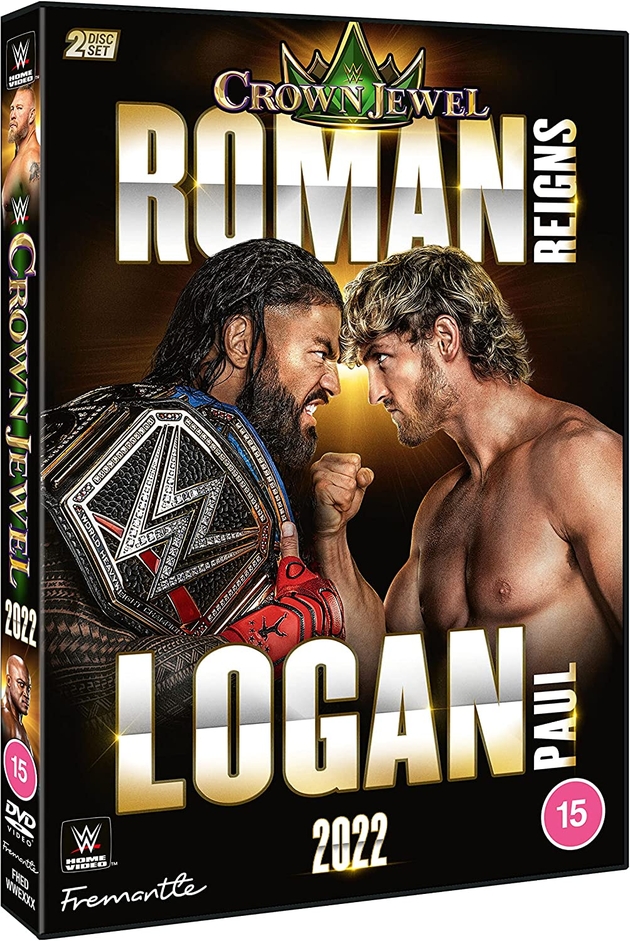 “The Beast Incarnate” Brock Lesnar vs. “The All Mighty” Bobby Lashley

Head of the Table

My Name Is Bray Wyatt