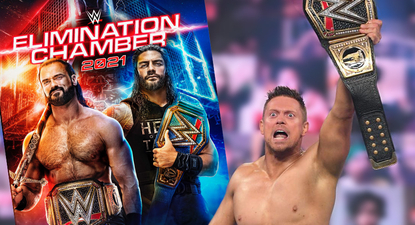 Roman Reigns and Drew McIntyre will feature on the front cover in a slightly modified version of the PPV’s promotional poster. The exclusive shot of the full sleeve artwork below reveals The Miz will sneak his way on there too, holding up the WWE Championship on the spine artwork. 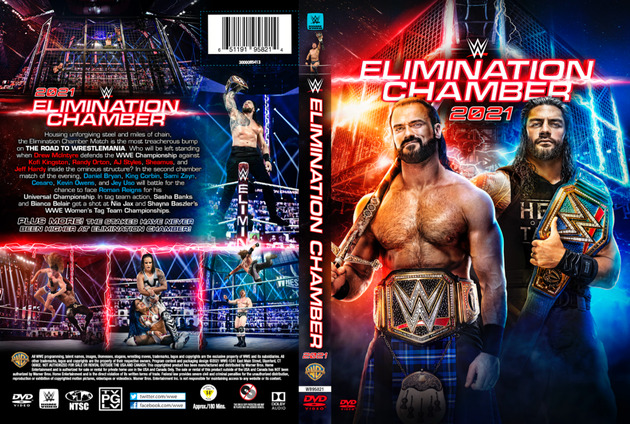 Target’s site was actually first to unveil artwork plans for the front cover, before the PPV even aired!

At that time, presumably the event was expected to go longer and the DVD to include 2 discs to accommodate the full content, so Target’s version of the cover states “2-disc set”. However, due to the shorter runtime of the event the Chamber DVD will be a single-disc offering.

Spotted by @JordanDVDWWE, Target may have revealed the #WWEChamber 2021 DVD cover already!

Enjoy the show and pre-order the DVD if you do: https://t.co/DpRS3NSQjS pic.twitter.com/KlNK8G6uNg

Housing unforgiven steel and miles of chain, the Elimination Chamber Match is the most treacherous bump on The Road to WrestleMania.

Who will be left standing when Drew McIntyre defends the WWE Championship against Kofi Kingston, Randy Orton, AJ Styles, Sheamus and Jeff Hardy inside the ominous structure? In the second chamber match of the evening, Daniel Bryan, King Corbin, Sami Zayn, Cesaro, Kevin Owens and Jey Uso will battle for the chance to face Roman Reigns for his Universal Championship.

In tag team action, Sasha Banks and Bianca Belair get a shot at Nia Jax and Shayna Basler’s WWE Women’s Tag Team Championships. Plus more! The stakes have never been higher at Elimination Chamber! 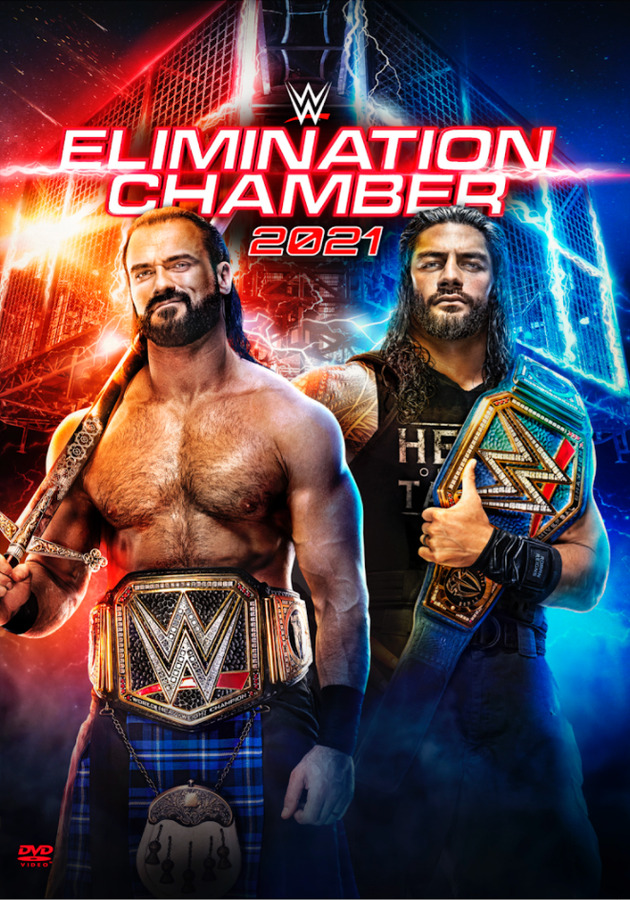 The Kickoff Show match from the evening will be included as the sole special feature: 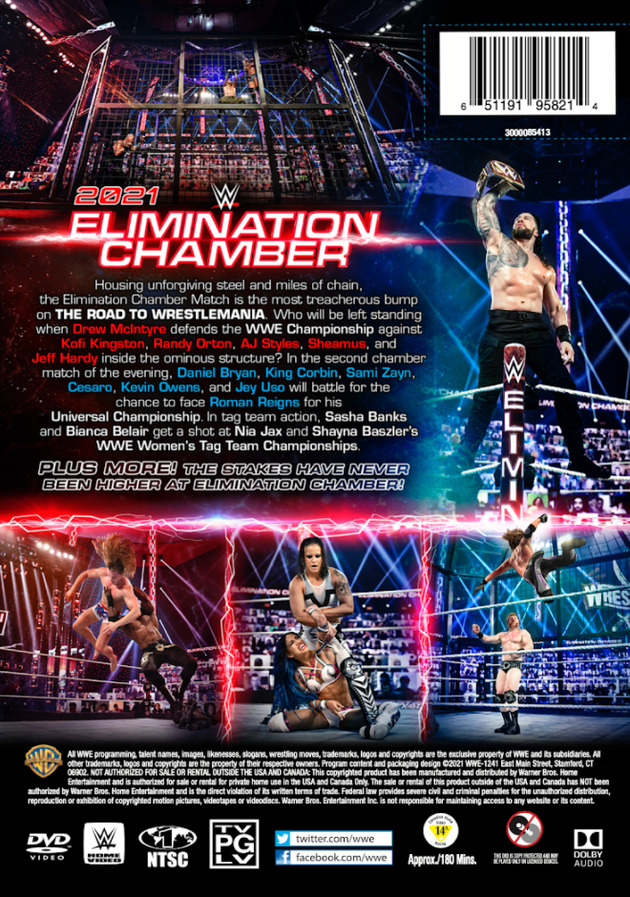 Get your copy of the WWE ELIMINATION CHAMBER 2021 DVD on…

– Australia: TBA. Look for your pre-order opportunity soon over at Madman.com.au.

Speaking of U.S. artwork, we’ve received the official box art for WWE’s Royal Rumble 2021 DVD. The 2-disc set will be available in stores from this coming Tuesday!

As you may have been following, the extras line-up for this year’s Royal Rumble DVD will include the Kickoff Show match plus three additional matches from the build to the Rumble, bouts which took place on RAW, SmackDown and Backstage.

The UK release, less than 3 weeks later than the U.S., will also include a Blu-ray with all this content! 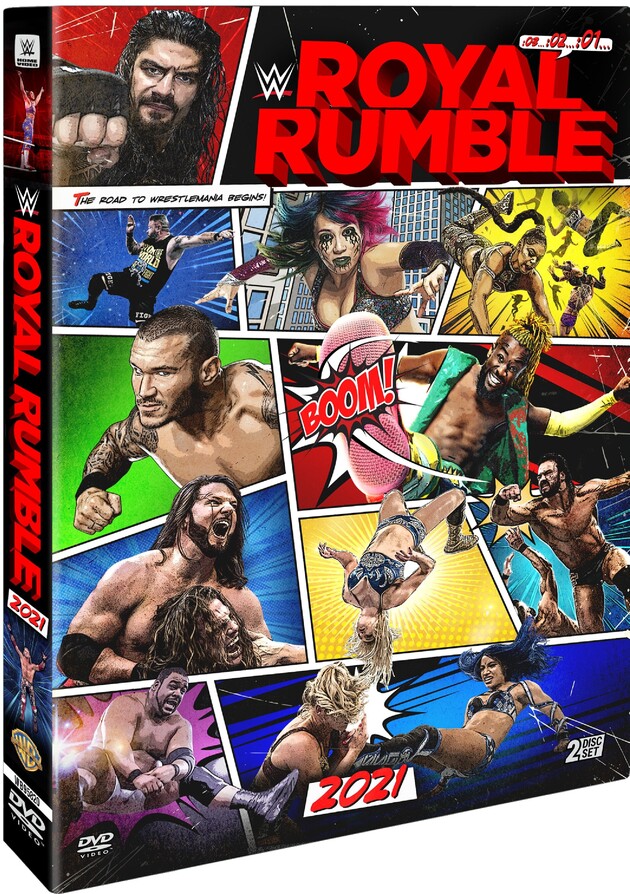