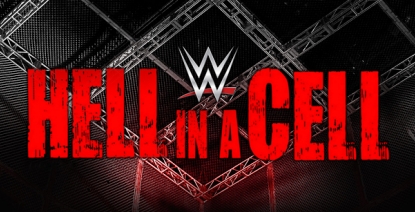 This past Sunday Hell in a Cell 2015 aired live on the WWE Network, headlined by Brock Lesnar and The Undertaker’s last encounter inside the Hell in a Cell structure.

Revealed today is the official cover artwork and list of planned extras for the physical DVD copy. You can own it when it hits stores across the United States on November 24th. 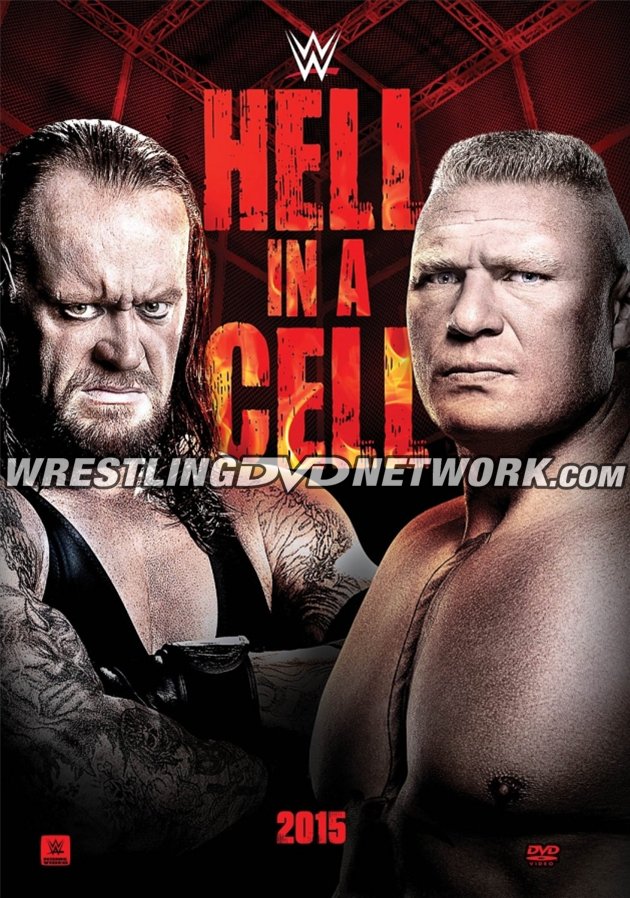 Held inside WWE’s most demonic creation known as Hell in a Cell, Brock Lesnar and Undertaker reach their final destination between the confines of the unforgiving steel structure in the epic conclusion to their rivalry.

Roman Reigns and Bray Wyatt must also go through hell and back to settle a personal vendetta that will change the course of their careers forever. WWE World Heavyweight Champion and self-proclaimed “Undisputed Future” Seth Rollins defends his title against “The Demon” Kane and United States champion John Cena holds his U.S. Open Challenge against the returning Alberto Del Rio. The end begins here at WWE Hell in a Cell. 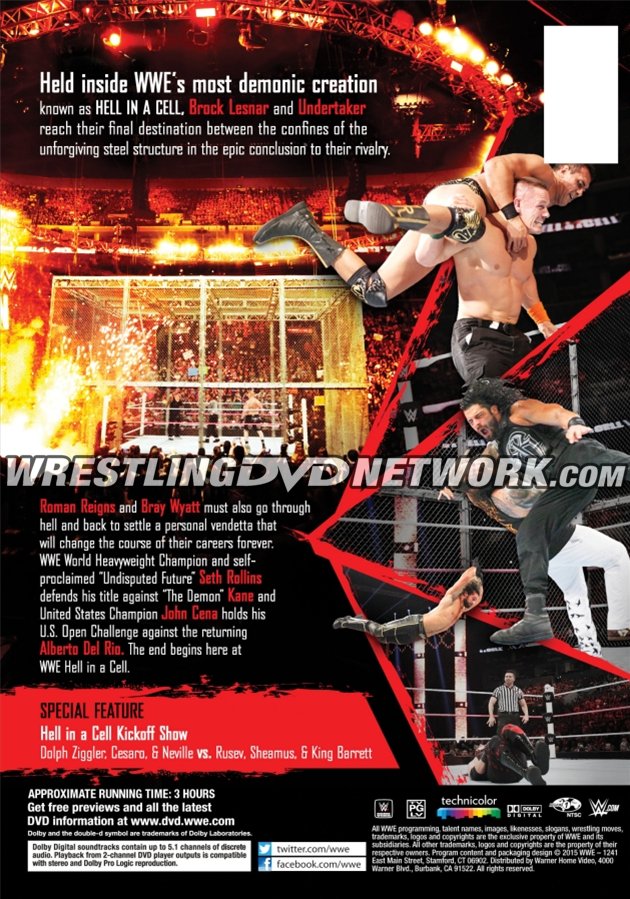 A Blu-ray edition of Hell in a Cell will be made available as an exclusive to fans in the UK and Europe. It will include these additional extras on top, one of which is the Undertaker and Brock Lesnar RAW segment which was introduced by Stone Cold Steve Austin. 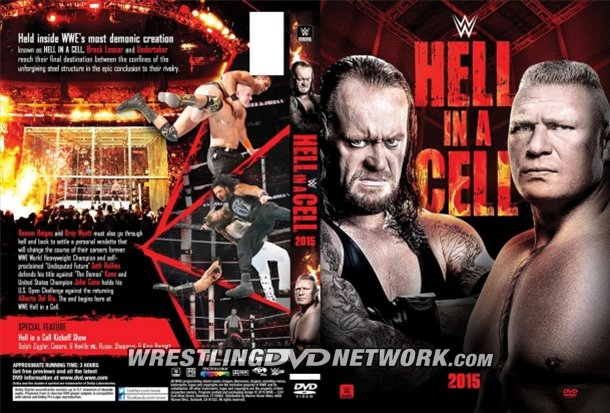 – UK/Europe: January 4th. Pre-order on DVD (or Blu-ray) from Amazon.co.uk.