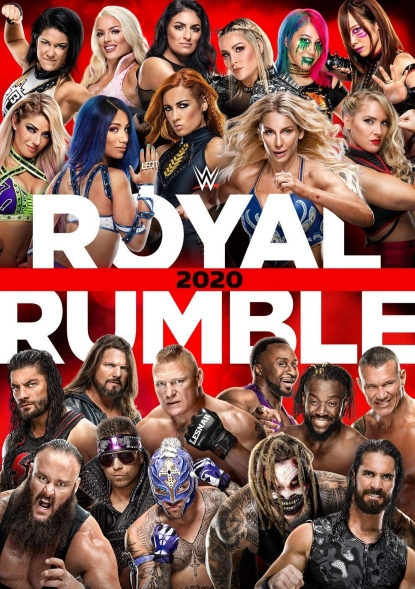 We’re pleased to report that WWE has finalized the official cover artwork for Royal Rumble 2020, and it’s a take on one of the PPV posters seen in the run-up to the event (the one shown above), but with even more WWE Superstars added in!

This year’s Rumble featured both men’s and women’s Royal Rumble matches, Daniel Bryan vs. “The Fiend” Bray Wyatt in a Strap Match for the Universal title, Asuka vs. Becky Lynch for the RAW Women’s title, Roman Reigns vs. King Corbin in a Falls Count Anywhere Match, plus more! The DVD will hit stores across the United States on February 25th (pre-orders available soon).

Heads up UK fans — for you guys, Royal Rumble 2020 is already available to pre-order on Amazon.co.uk and you can grab it for only £12.99 either on a 2-disc DVD or on an exclusive Blu-ray!

Here at WrestlingDVDNetwork.com we’ve also got our hands on the planned extras list for the new Home Video release; check out that and the cover artwork below. 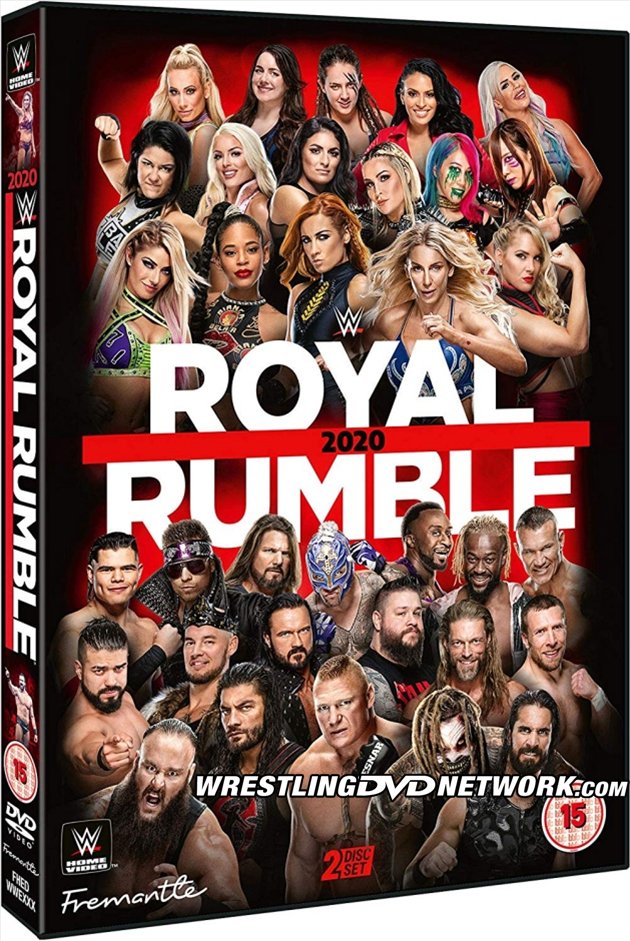 Strap Match for the Universal Championship
“The Fiend” Bray Wyatt vs. Daniel Bryan 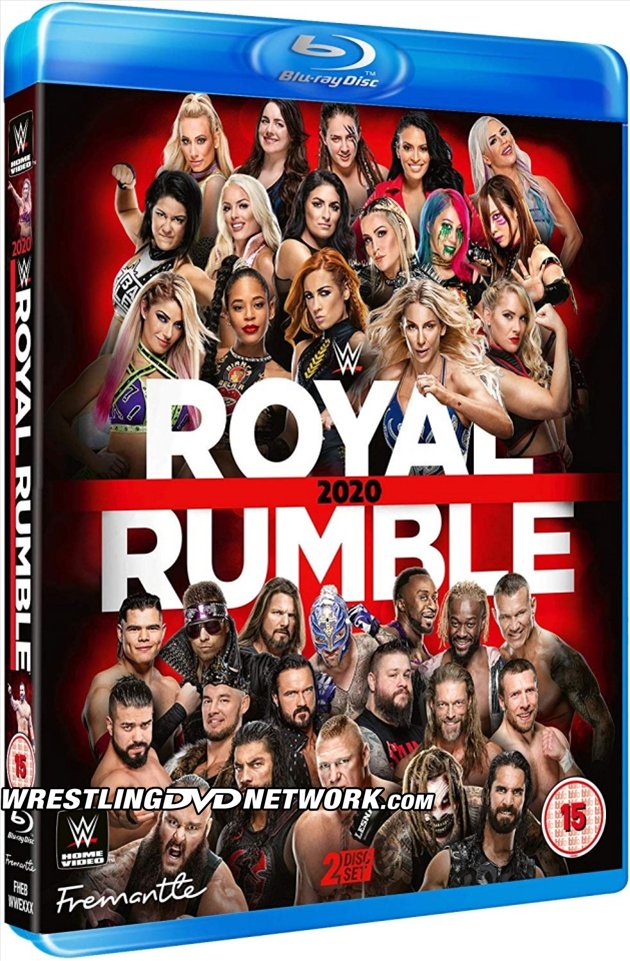