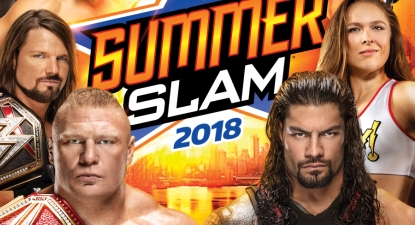 You’re invited to The Biggest Party of the Summer…

For over two years, Roman Reigns made it his mission to vanquish Brock Lesnar and take his Universal Championship. Now in his last chance, The Big Dog battles The Beast Incarnate in the main event of SummerSlam.

For the first time ever, “Rowdy” Ronda Rousey challenges Alexa Bliss for the RAW Women’s Championship. WWE Champion AJ Styles defends the richest prize in sports entertainment against Samoa Joe. And the eight-year-long rivalry between Daniel Bryan and The Miz comes to a head. Plus, more!

The action heats up at SummerSlam.

You can own the SummerSlam 2018 Pay-Per-View on Home Video when WWE officially releases the DVD to the United States this time next month ($18.96; Amazon.com) followed up by the European release in October (£19.99; Amazon.co.uk) – also available on Blu-ray.

This year’s SummerSlam DVD will be formatted as a 2-disc set in order to hold the complete 4-hour event and extras on top which we can now confirm will be all of the Kickoff Show matches and a selection of moments from recent RAW and SmackDown episodes, including one that aired this week!

The Blu-ray edition (an exclusive to the UK and Germany) will be 1-disc with the same content.

SummerSlam would once again heat up the Barclays Center with a whopping 13 matches; 9 of which were contested for a Championship! In those Championship matches we would see Roman Reigns slay “The Beast” Brock Lesnar for the Universal title, Seth Rollins burn down Dolph Ziggler to capture the Intercontinental title, Ronda Rousey snap Alexa Bliss for the RAW Women’s title, and Charlotte Flair muscle in on a triple threat to take home the SmackDown Women’s title.

WrestlingDVDNetwork.com has just received the finalized content listing for the new WWE DVD and its special features, along with the front and back cover artwork too – so let’s take a look! 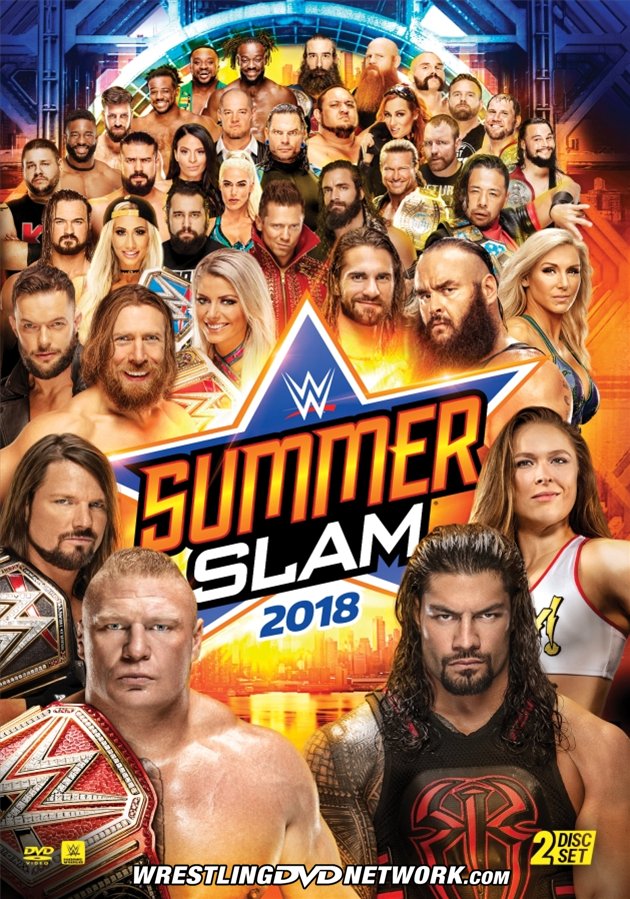 The Biggest Party of the Summer Starts Now

The Bella Twins Have Returned To SummerSlam

Elias Debuts His Greatest Song Yet

The B In The B-Team Stands For Bryan

The Miz vs. Daniel Bryan

Is This The End of The Yes Movement? 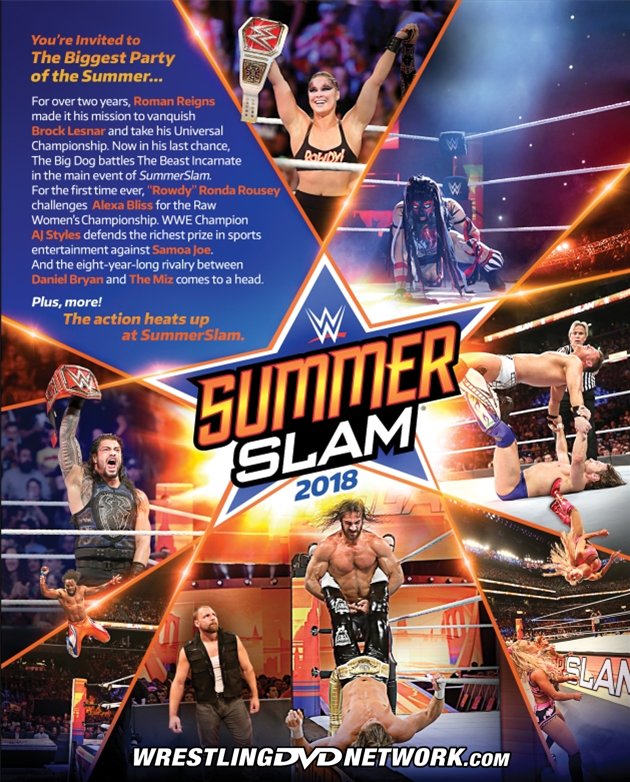 — RAW Tag Team Championship Match
The B Team vs. The Revival 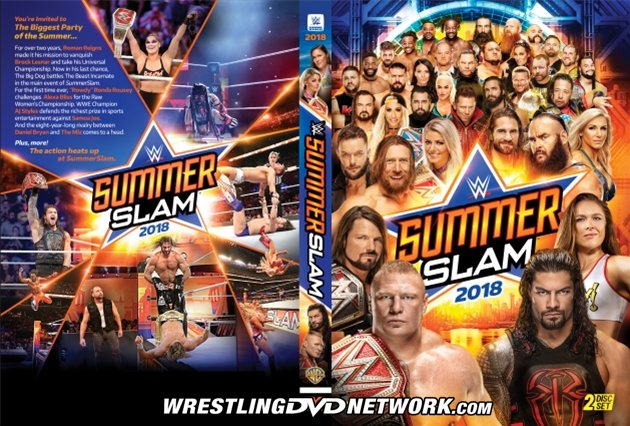 – United States: September 18th. Get your copy of SummerSlam on DVD here on Amazon.com.

– Australia: October 17th. Pre-order your SummerSlam 2018 DVD over at Madman.com.au.