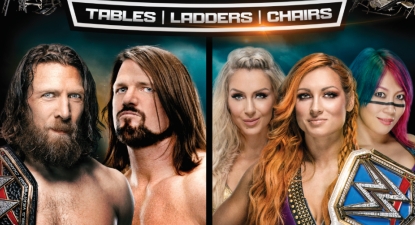 That’s a spotlight on some of the headlining matches from the TLC: Tables, Ladders & Chairs 2018 Pay-Per-View aired this past Sunday. Now, direct from WWE, we’ve got your exclusive first look at the official cover artwork and extras for the Home Video release!

WWE’s TLC 2018 DVD will be a 2-disc set and it’s scheduled for release to the United States on January 22nd (grab it from Amazon.com for $15.99), to the United Kingdom on February 4th, and to Canada on February 5th. Australia’s release date has not yet been confirmed.

Let’s take a look at the front and back covers, along with the full chapter listing which includes three special features — two from the Kickoff Show and one from the SmackDown Live before TLC. 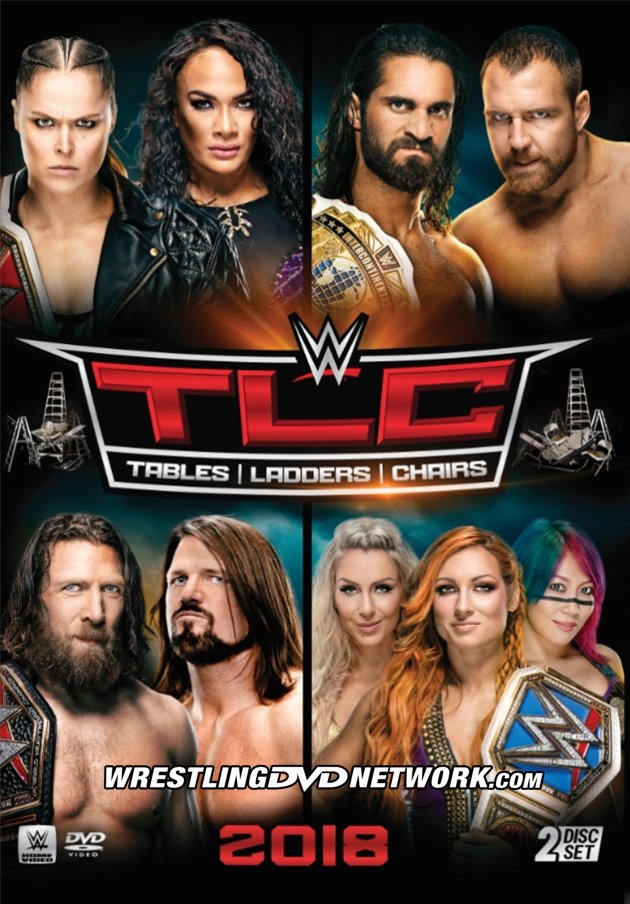 Triple Threat Match for the Smackdown Tag Team Championship
The Bar vs. New Day vs. The Usos

“The Man” Gets Her Payback

Ronda Rousey Has a Message For Charlotte Flair 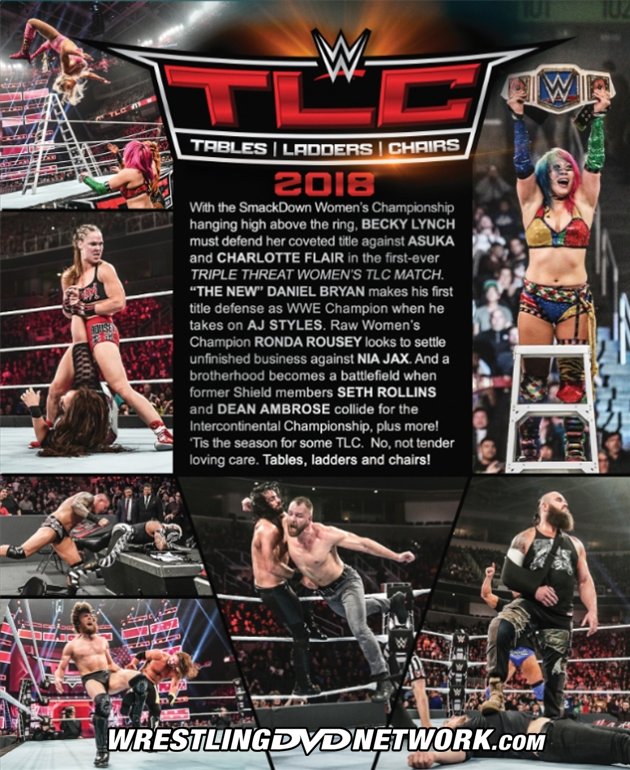 – Australia: TBA. Look out for your pre-order announcement very soon at Madman.com.au.

Not added this 2-disc DVD set to your collection yet? Then go get your copy ordered for $15.99 by clicking here to Amazon.com. 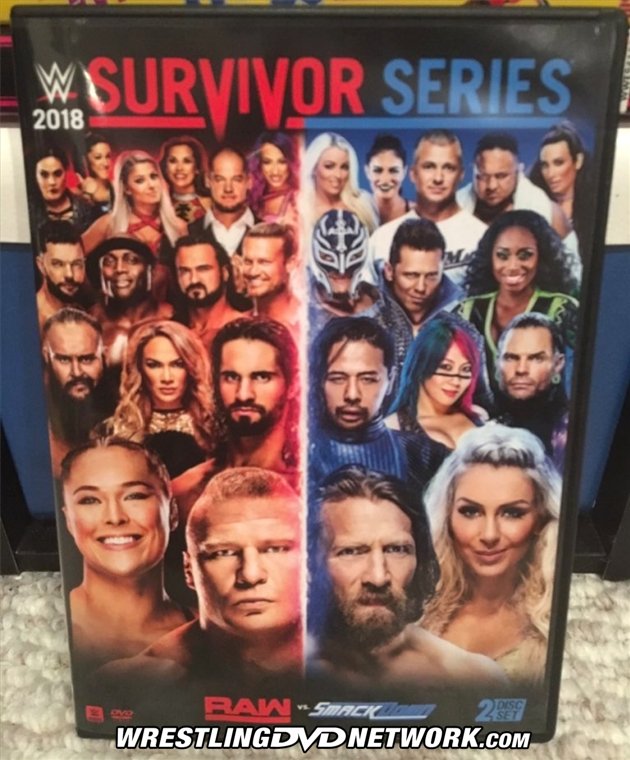 It was once again that time of year again when RAW and SmackDown Live waged war for brand supremacy. This year’s star-studded extravaganza was headlined by the likes of: Universal Champion Brock Lesnar vs. WWE Champion Daniel Bryan, Intercontinental Champion Seth Rollins vs. United States Champion Shinsuke Nakamura, and Ronda Rousey vs. Charlotte Flair.

The newly-released Survivor Series 2018 DVD presents the full PPV event and 5 bonus features. Let’s get a look at it, with thanks to WDN reader Matthew Tremble. 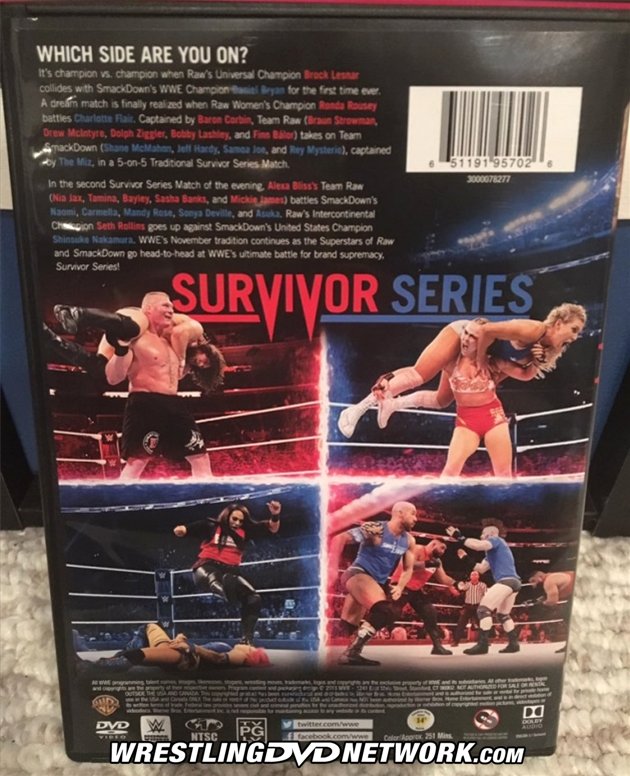 The tag team 10-on-10 Survivor Series Elimination match is included in the DVD extras in addition to four other segments from the Kickoff Show – full list of extras.

And the Topps trading cards have made a comeback here, this one featuring Kurt Angle! 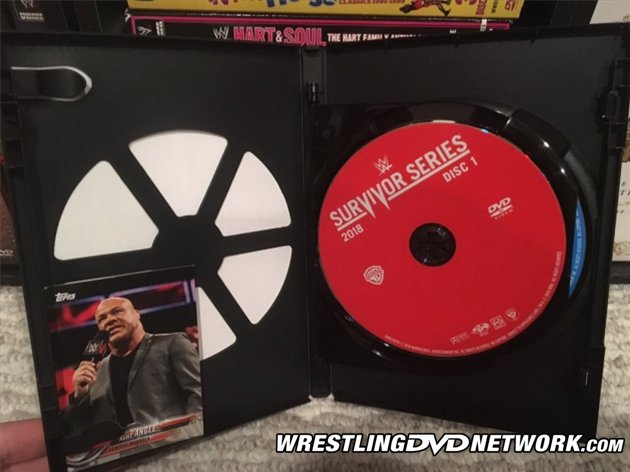 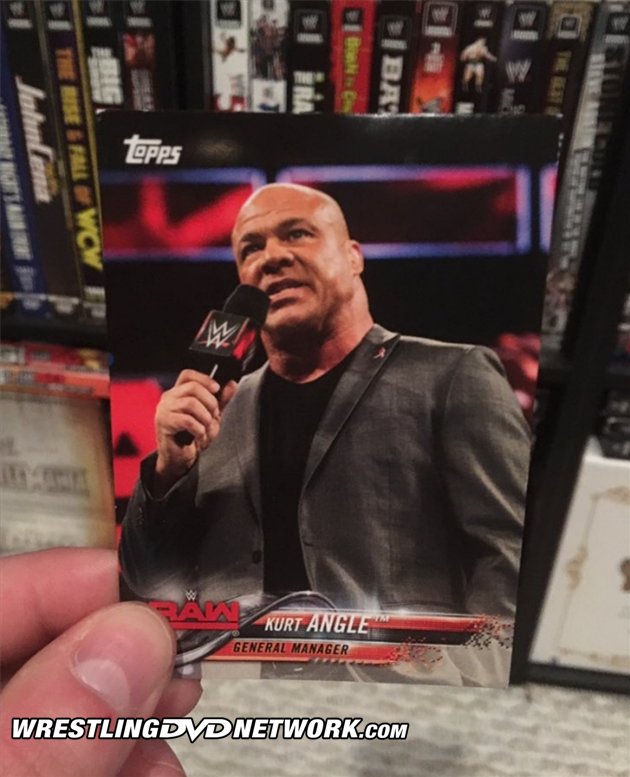 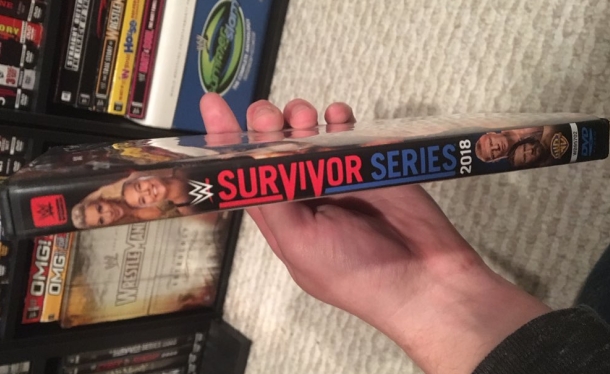