Cover Artwork for ‘The History of WWE’ DVD, Another Blu-Ray Down?

Shared today via WWEDVD.co.uk, here’s a look at the cover artwork for “The History of WWE” on DVD and Blu-ray.

Officially titled The History of WWE: 50 Years of Sports Entertainment, this one is slated to contain a 3 hour documentary main feature! It’s on the way for release to the US and Australia in November, following on to the UK and Europe in December. 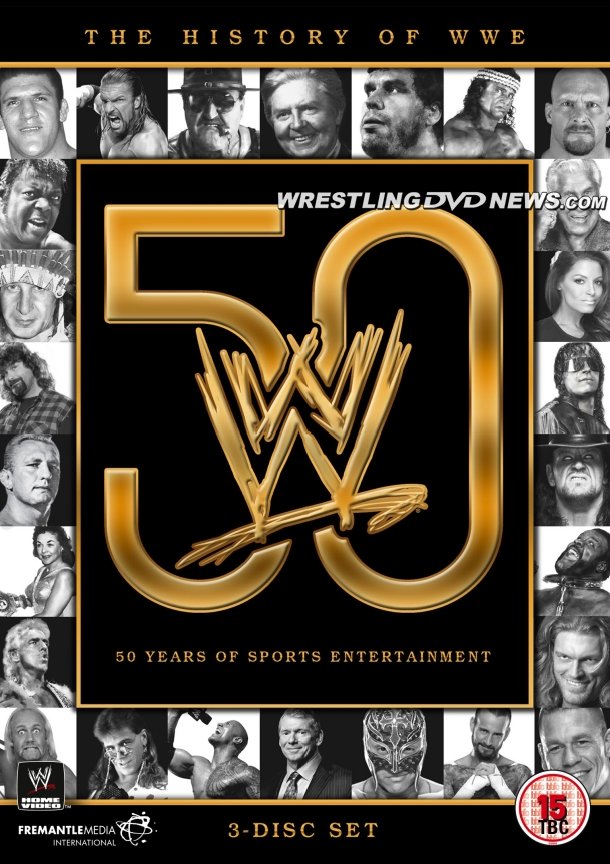 According to WWEDVD.co.uk (where UK fans can now pre-order the set for December 2nd) the documentary sheds light on the ups and downs in the company’s 50 year history, exploring such topics as the launch of WrestleMania, growing from a regional promotion to a global brand, the steroid scandal, the XFL and many others still to be named.

You can pre-order the DVD or Blu-ray for November 19th by clicking here to Amazon.com.

The Blu-ray edition of Survivor Series 2013 has now been taken down from Amazon, as you can see here. This may be a sign of yet another cancellation of a WWE Blu-ray this year.

As mentioned, the Best PPV Matches 2013 Blu-ray was also removed from sale. Right now we can only confirm that the “Raw 20th Anniversary Collection” box set is officially no longer going ahead on Blu-ray, though indications for the other two titles are not looking good.

If you still haven’t got your hands on the Triple H “Thy Kingdom Come” DVD, or if you’re waiting for the UK release two weeks today, below is a new preview of the documentary. This clip looks at Triple H in the year 2000, and contains new comments from The Rock.