Not one but two new WWE DVD covers to unveil today!

The cover artwork for “AJ Styles: Most Phenomenal Matches” was revealed here at WrestlingDVDNetwork.com last month and we told you then that a second cover design was also on the way.

In the UK it is now confirmed that this version will be stocked by WWEDVD.co.uk in a limited edition run. Details are to follow on the stockist for this exclusive in the United States. 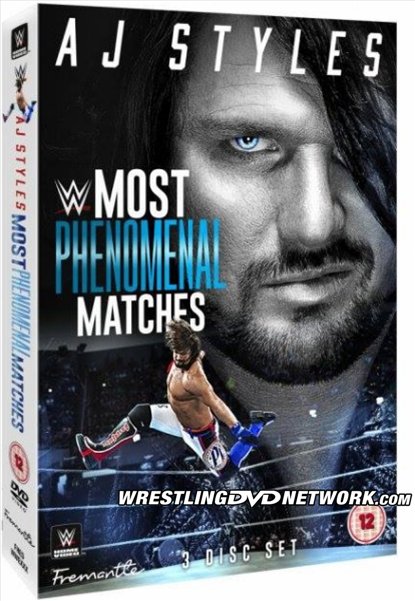 Following the AJ DVD in November, WWE will release this collection of WWE 24 documentaries in December. As the new artwork suggests, we’re being treated to four episodes first seen over on the WWE Network and a selection of extras with them – “Empowered”, “RAW 25”, “The Hardys: Woken”, and “WrestleMania Orlando”. 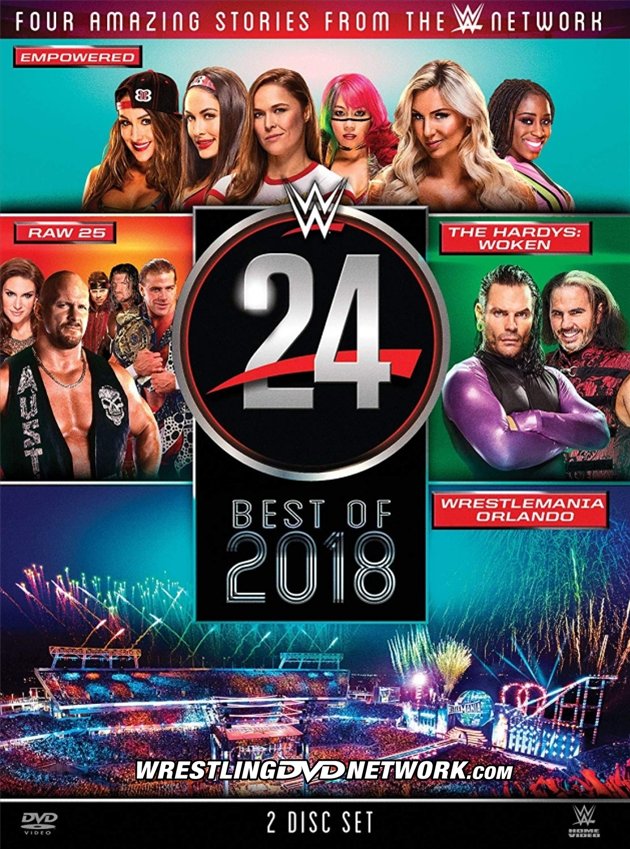 The greatest WWE 24 episodes from 2018 are now available to add to your DVD collection! Experience this incredible docuseries and step into the lives of your favorite WWE Superstars as they prepare for some of the most monumental nights in their careers.

Get a behind-the-scenes glimpse into the return of The Hardy Boyz to WWE, The Women’s Evolution, the 25th Anniversary of RAW in NYC and WrestleMania 34. Plus, so much more! Experience the very best of WWE 24. 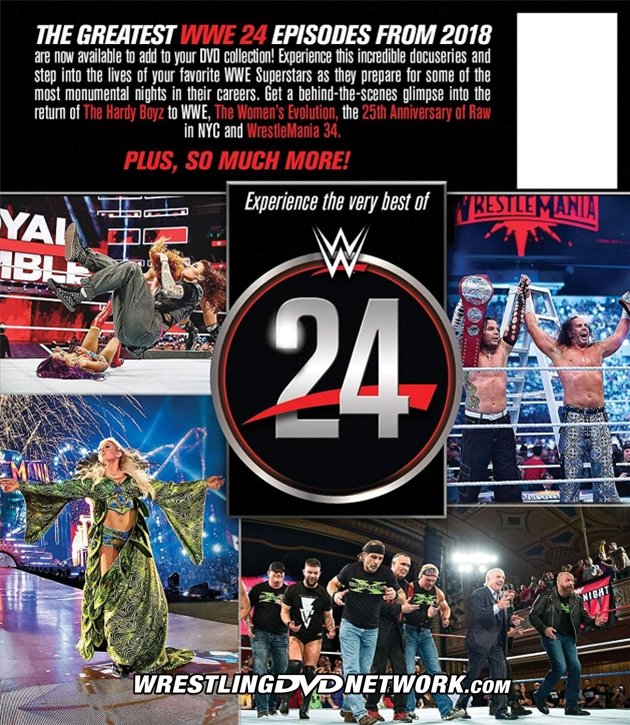 – Australia: TBA. Look for a release date announcement shortly over at Madman.com.au.

The artwork doesn’t stop there as this week we received the official box art for the U.S. release of the “Greatest Royal Rumble” DVD, along with the planned design for the back cover too!

Although a documentary was rumored, this one turned into your usual 2-disc PPV DVD offering that features the full Greatest Rumble show and a series of extras taken from RAW and SmackDown Live episodes leading into the event.

We also recently confirmed Super Show-Down for DVD – it’s coming out on the same day as this one. 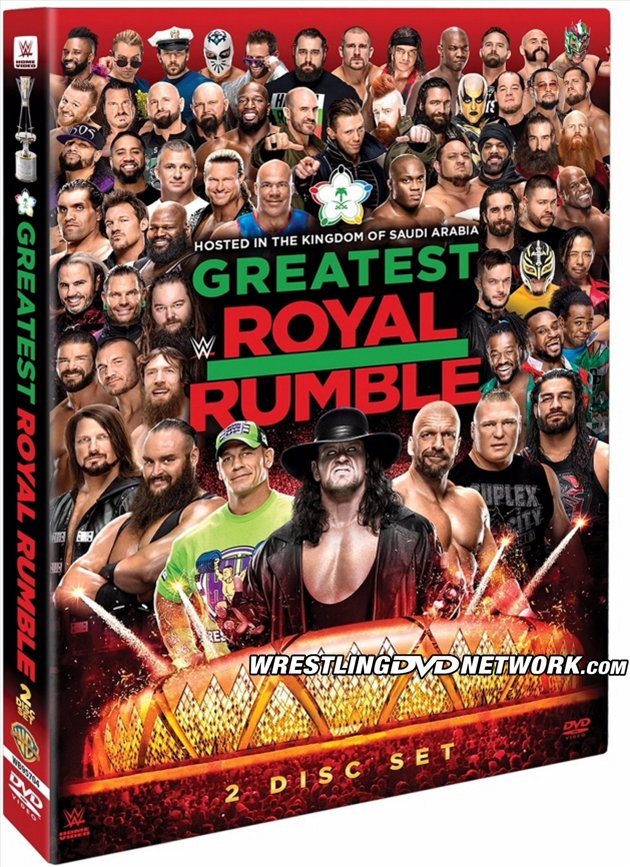 Locked inside a steel cage, Roman Reigns looks to get redemption when he tangles with Brock Lesnar for the Universal Championship. For the first time since 2010, John Cena does battle with Triple H. And Rusev tries to avoid being put to rest when he faces the returning Undertaker in a Casket Match! Plus, more! Anything can happen at the Greatest Royal Rumble! 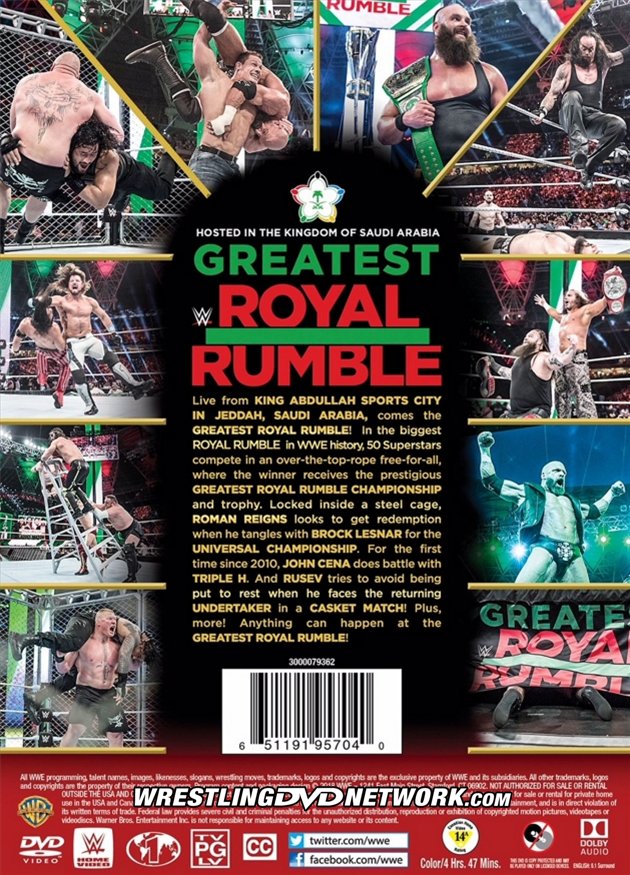 Did you check out our first look earlier this week at many of the unseen matches to be included in WWE’s new “Shawn Michaels: The Show Stopper Unreleased” DVD?

Since then WWE Home Video UK have revealed a sneak peek clip which features HBK talking about his time in Mid-South Wrestling and it gives us a glimpse at the Mid-South footage on the set.

Here's an EXCLUSIVE clip from @ShawnMichaels The Showstopper Unreleased! HBK discusses how he got his start in the business! Out on 3-disc DVD 1st October! pic.twitter.com/z82ocTA941

EBAY WATCH: If you haven’t yet picked up the “Randy Savage Unreleased” DVD also from 2018 there may be a chance to buy it cheaper than retail today – add this eBay auction to your Watch List:

These WWF/WWE/ECW DVDs being auctioned off on eBay are also worth a look this weekend: 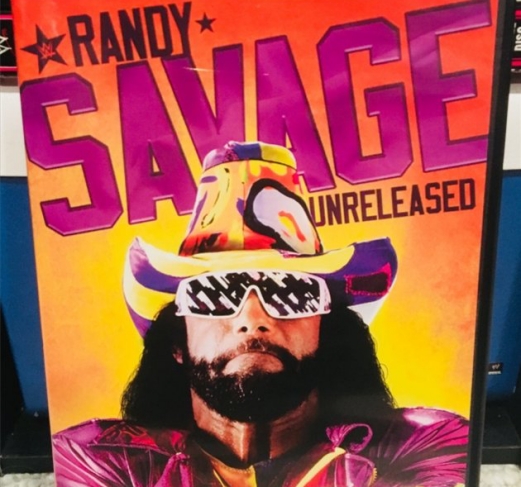