REVEALED: Official Cover Artwork for ‘WWE 24 – The Best of 2019’ DVD, Photos of SUMMERSLAM!

WrestlingDVDNetwork.com can now reveal the official cover artwork (and above, the trailer) for the upcoming “WWE 24 – The Best of 2019” DVD!

In case you missed it, we unveiled the full content of the new collection this time last week:

The cover artwork features Kofi Kingston, Ronda Rousey and Becky Lynch as it their documentaries which WWE has selected as the best Superstar-themed WWE 24 episodes of the year, and they are joined on the artwork by an arena shot of WrestleMania 34 because the final WWE Network-produced documentary to make Home Video will be “WrestleMania: New Orleans”.

The “WWE 24 – The Best of 2019” DVD will include those 4 documentaries and 4 extras along with them. The 2-disc set can be pre-ordered right now in the UK here on Amazon.co.uk while fans in the United States will be able to pre-order it soon via Amazon.com. 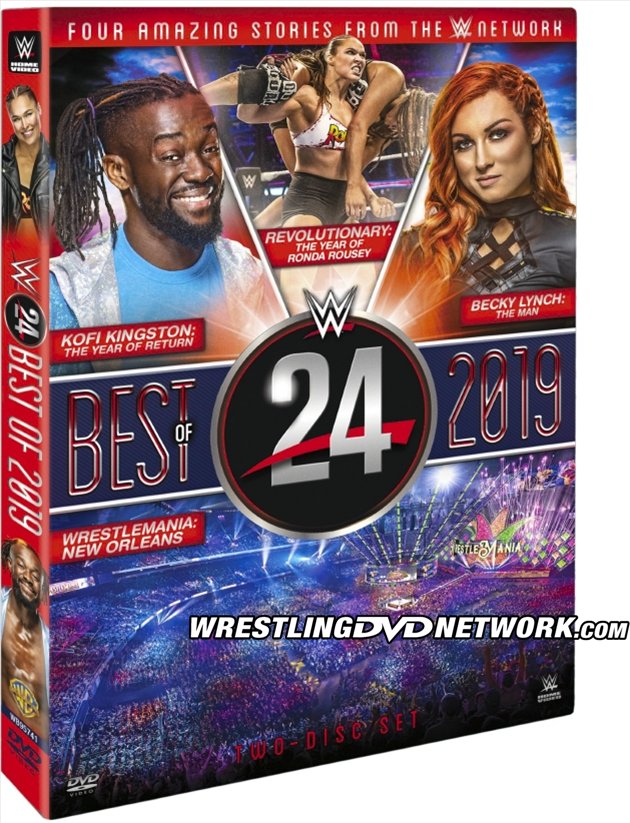 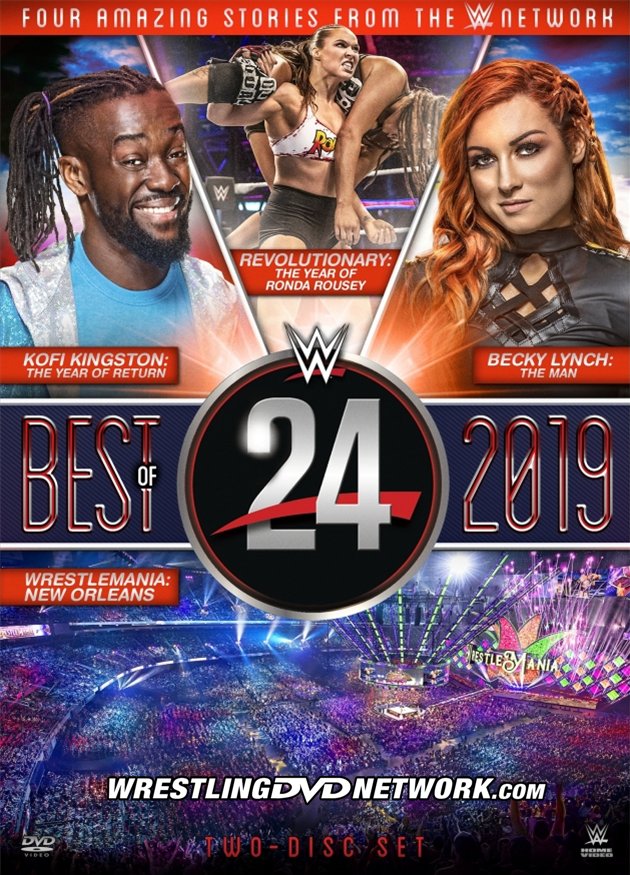 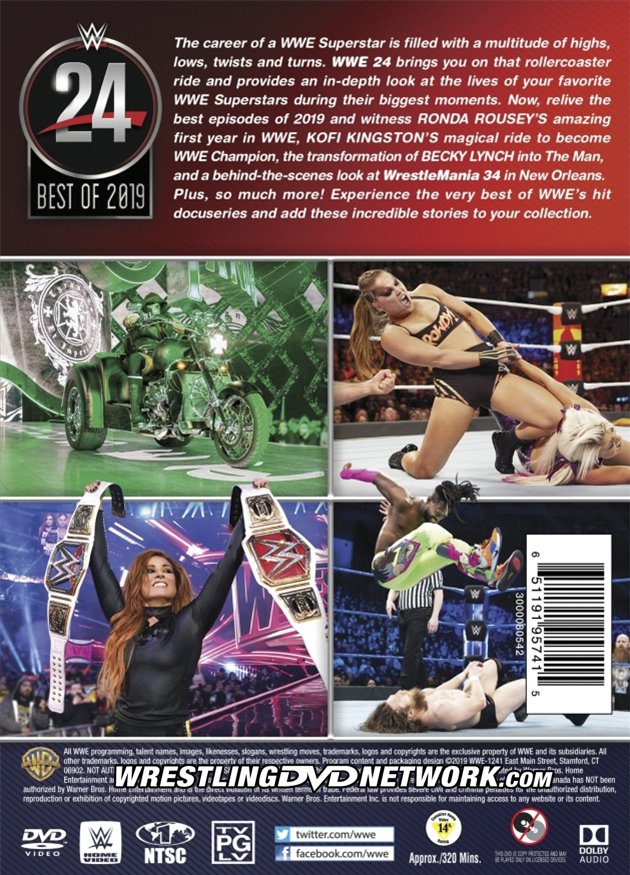 – United States: December 10th. Your pre-order opportunity is due soon here on Amazon.com.

Did you know WWE’s new SummerSlam 2019 DVD has now hit stores across the United States? The 2-disc set is available to grab for only $14.96 by clicking here to Amazon.com.

Next up on the WWE DVD Release Dates for the USA is the Super Showdown 2019 DVD.

At SummerSlam we witnessed Seth Rollins once again slay “The Beast” Brock Lesnar and reclaim the Universal Championship. This year’s “Biggest Party of the Summer” also saw Finn Bálor take on Bray Wyatt in Wyatt’s first match as “The Fiend”, the return of both Goldberg and Trish Stratus to in-ring action, Becky Lynch vs. Natalya, Randy Orton vs. Kofi Kingston, and more on top.

Let’s check out photos of the SummerSlam DVD, sent in this week by WDN reader Matthew Tremble. A Charlotte Flair trading card is found inside the packaging! 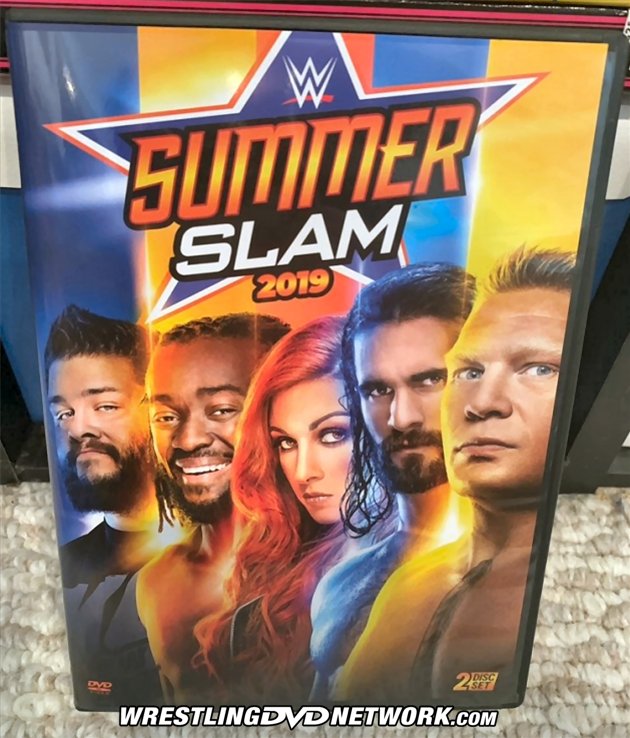 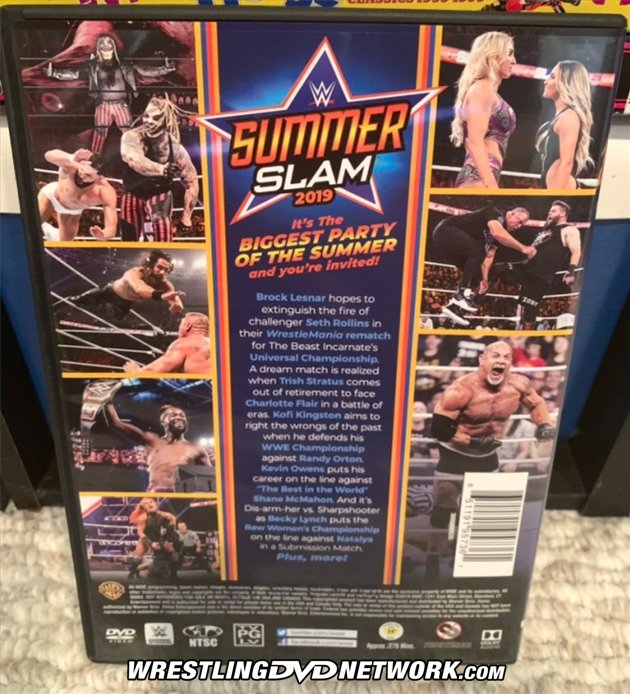 It’s The Biggest Party of The Summer and you’re invited!

Brock Lesnar hopes to extinguish the fire of challenger Seth Rollins in their WrestleMania rematch for The Beast Incarnate’s Universal Championship. A dream match is realized when Trish Stratus comes out of retirement to face Charlotte Flair in a battle of eras. Kofi Kingston aims to right the wrongs of his past when he defends his WWE Championship against Randy Orton. 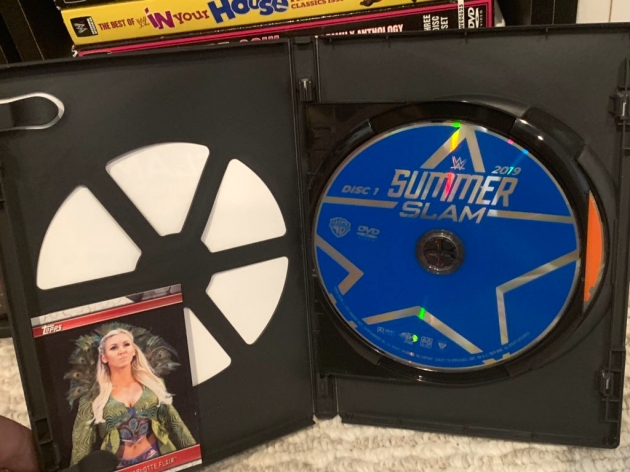 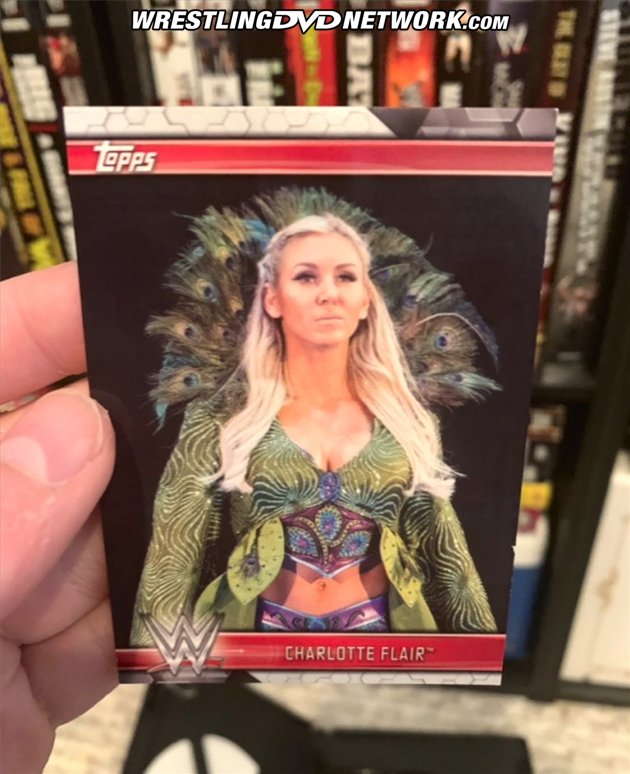 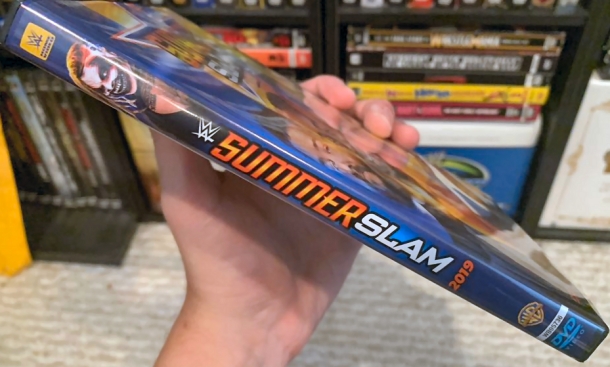