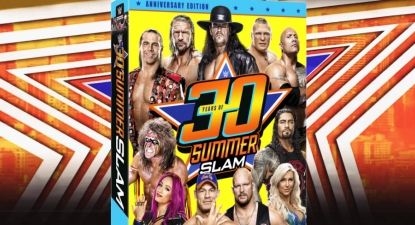 It was this time last month that we exclusively revealed the full content WWE has in the works for the “30 Years of SummerSlam” DVD; a 3-disc set capturing nearly 20 of the greatest matches witnessed in the history of the summer spectacular.

Several WWE legends synonymous with SummerSlam will feature on the artwork including Shawn Michaels, The Undertaker, Brock Lesnar, Ultimate Warrior, Stone Cold Steve Austin and The Rock who appear alongside present-day stars who have already made a name for themselves at the event in the likes of Roman Reigns, Sasha Banks and Charlotte Flair.

This August join WWE Hall of Famer “Mean” Gene Okerlund, Jonathan Coachman and Charly Caruso who as hosts of the release will take you on a journey through three decades of SummerSlam moments. SummerSlam is the last of the “Big Four” Pay-Per-View events to receive a Home Video profile and WWE is devoting more than 8 hours and 30 minutes of content to it.

Add this DVD set to your collection by pre-ordering now here on Amazon.com or Amazon.co.uk. 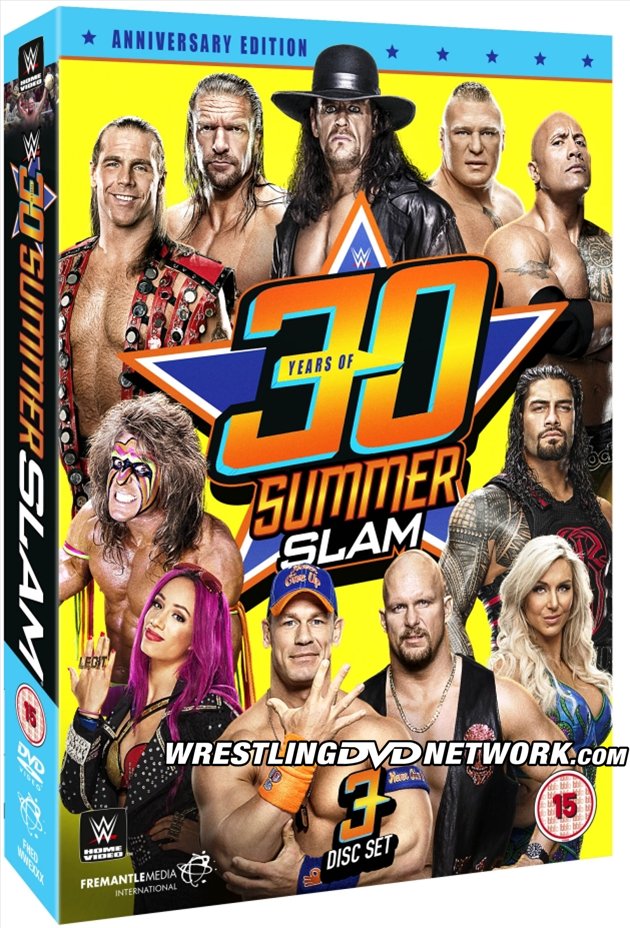 – Australia: TBA. Your pre-order opportunity is scheduled to go live soon at Madman.com.au.

Are you up to date with your WWE DVD collection?

If you haven’t been keeping up with what’s new, heads up that in recent weeks “Then, Now, Forever: The Evolution of WWE’s Women’s Division” was made available in both the USA and the UK. It will be hitting Canada and Australia soon.

The first 3-disc set on WWE’s female stars presents more than 20 matches and more than 20 documentary-like chapters that spotlight some of the company’s most influential women wrestlers. 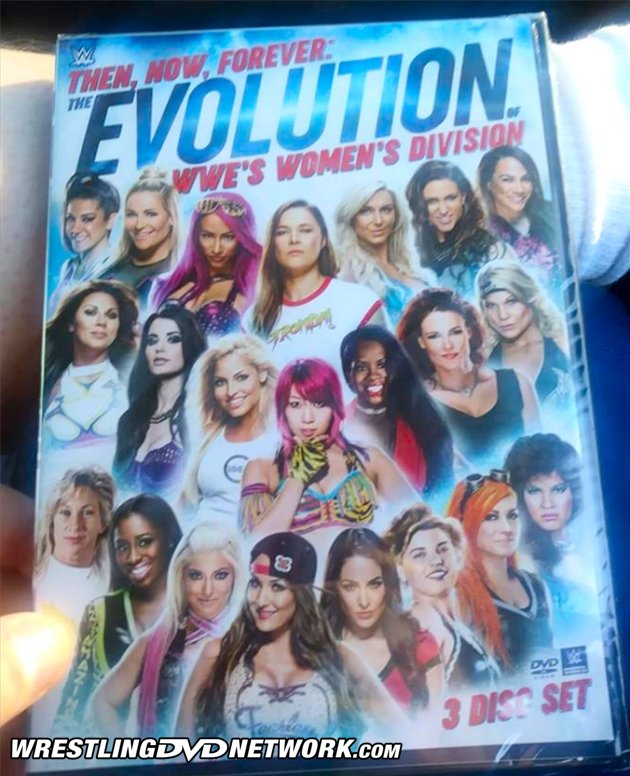 Backlash 2018 was another recent WWE DVD release in the states and is set to follow to the UK later this month. Backlash has been dropped in price to only $9.96 here on Amazon.com.

With less PPVs now that they are all dual-branded, this PPV DVD ended the “Double Feature” packs.

July’s WWE DVD releases will kick off with a brand new 3-disc set: “The Shield – Justice for All”.

REVEALED: Pre-Release Photos & Intro Video for WWE “THE SHIELD – JUSTICE FOR ALL” DVD

It will hit the UK on Monday and the USA on Tuesday! WWE Home Video UK have unveiled the following clip of one of the newly-filmed interview segments with Seth Rollins in which he talks about the moment he reunited with Dean Ambrose on RAW last year.

– UK/Europe: This Monday! Pre-order a copy of the new Shield DVD now on Amazon.co.uk.

– USA: This Tuesday! Pre-order your copy of the new Shield DVD right now here on Amazon.com.

Looking ahead to future WWE DVDs still to come in 2018, WrestlingDVDNetwork.com has exclusively learned that one of the next titles expected to be added to the Home Video schedule will be a new “WWE 24 Collection” which has been rumored since September last year.

This will give media collectors the chance to own the WWE 24 documentaries originally produced for the Network in physical form in one DVD set. We hear that the current plan is to collect together a selection of WWE 24 episodes produced this year, which so far includes:

More updates once everything is confirmed.

Only 1000 copies were ever produced. These sets come with a Certificate of Authenticity signed by Linda McMahon and this one on eBay also has a film cell inside that’s signed by Triple H. 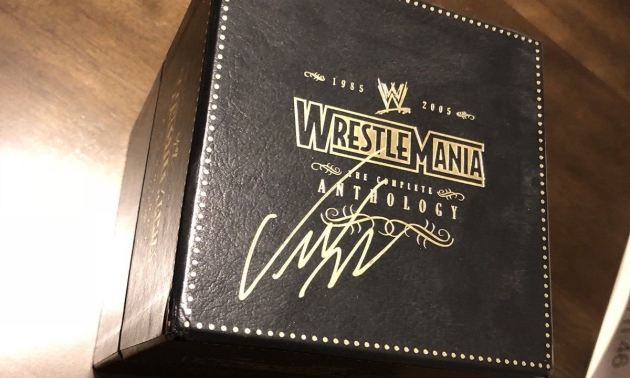