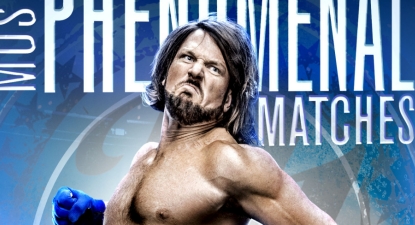 You’ve read the content listing, you’ve watched the trailer and now it’s time to get a look at the official cover artwork WWE has in store for “AJ Styles: Most Phenomenal Matches”.

WrestlingDVDNetwork.com can now unveil the artwork you can expect to find worldwide on WWE’s 2018 AJ Styles DVD. We can also reveal today that there will be an “exclusive” version of the Styles DVD that will feature an alternate cover design! The current plan is to make this available in both the United States and in Europe with retailers/e-tailers currently being decided upon.

“AJ Styles: Most Phenomenal Matches” will be the major WWE Home Video offering this November, to be produced as 3-disc DVD set with close to 9 hours of content; the best matches of AJ’s run with WWE so far and brand new interview segments with “The Phenomenal One” himself.

Here’s the first cover, stay tuned for a look at the alternate version soon! 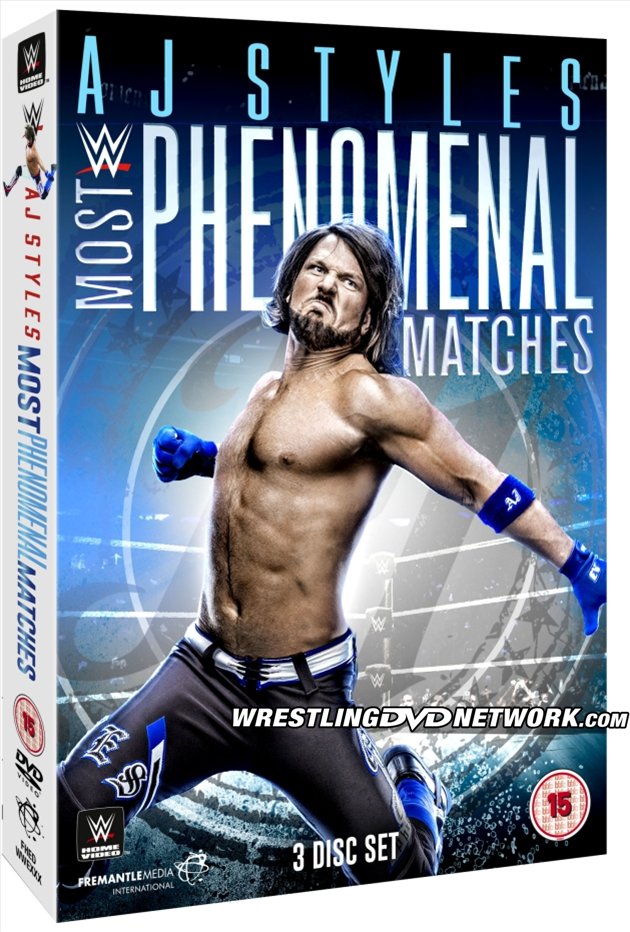 Another highly anticipated title we can’t forget is also still to come this year is “Shawn Michaels – The Showstopper Unreleased”. WrestlingDVDNetwork.com has received new information on the HBK DVD which shows how WWE plan to fill up each of the discs.

That’s a total of 8 hours and 30 minutes of content packed with loads of unreleased gems!

You can already pre-order “Shawn Michaels Unreleased” over on Amazon.com or WWEDVD.co.uk. 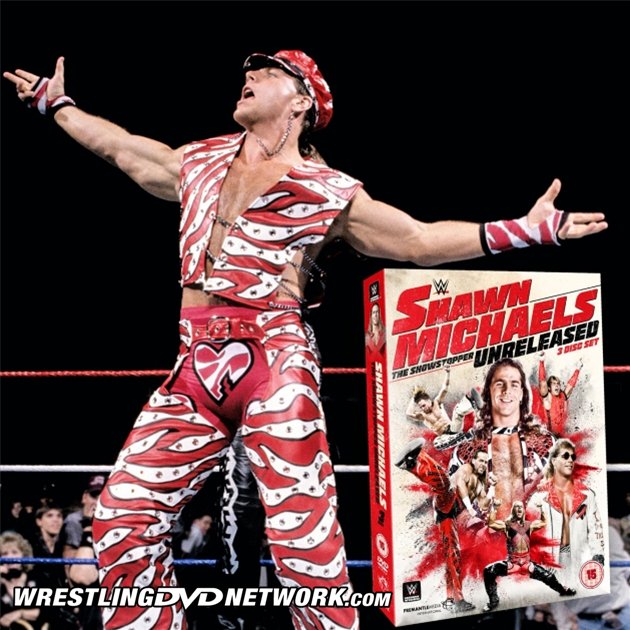 Before HBK stops the show, the next 3-disc WWE DVD offering will hit stores in exactly 3 weeks time: “30 Years of SummerSlam”.

Secure your copy and pre-order now for $23.74 by clicking here to Amazon.com.

As “The Biggest Party of the Summer” winds down this year, WWE celebrates three decades worth of SummerSlam matches and moments on DVD including Championship matches, Ladder matches, a Steel Cage match, a TLC match and even a Boiler Room Brawl! Here’s how content will be laid out on a paper insert inside the packaging (or on the inside of the sleeve if you’re in the UK): 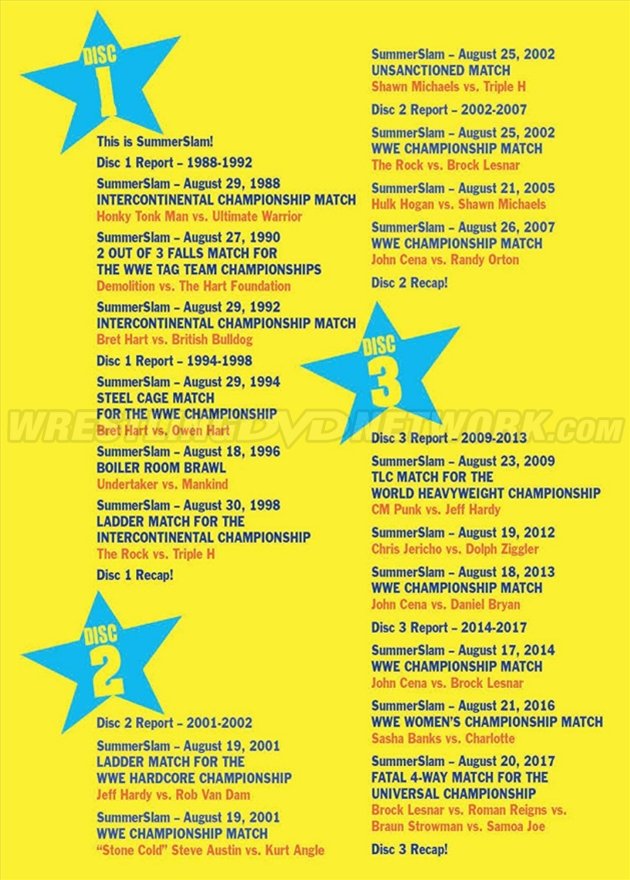 EBAY WATCH: All of these “Phenomenal” wrestling DVD auctions listed below are due to expire in the coming days – grab a bargain on rare stuff like Vengeance 2002 and a still-sealed WrestleMania 18, a few Blu-rays, PPV box sets, an ROH AJ Styles DVD, and more! 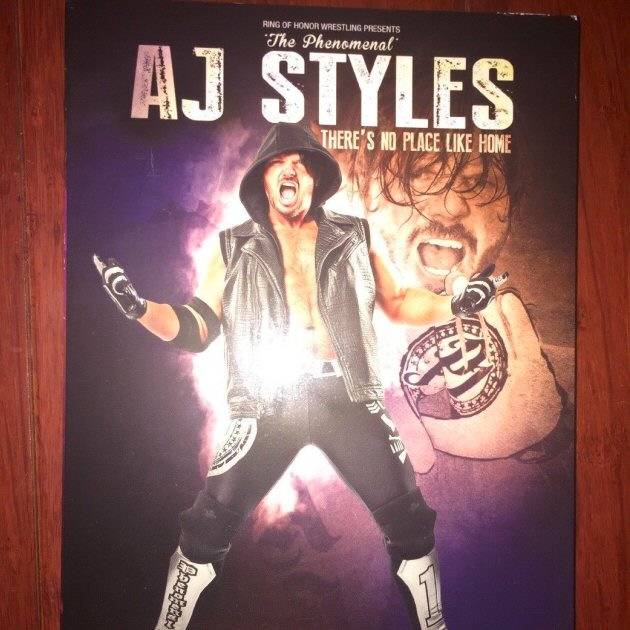