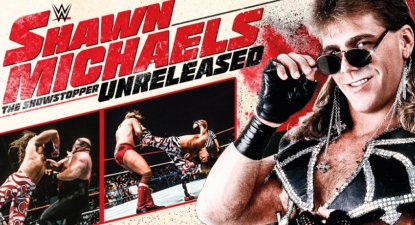 Let’s take a closer look at the artwork for “Shawn Michaels: The Showstopper Unreleased”.

The cover artwork you may have had a peek of already but here at WrestlingDVDNetwork.com we’re ending the week with a Superkick and bringing you some more exclusive shots of it including the back cover and spine, along with an updated synopsis for the release.

Own 35 Shawn Michaels matches brand new to Home Video this October; pre-order the collection for only $23.74 by clicking here to Amazon.com. If the price should drop before October then you will automatically pay only that lower price. The Showstopper (well, Amazon) guarantees it! 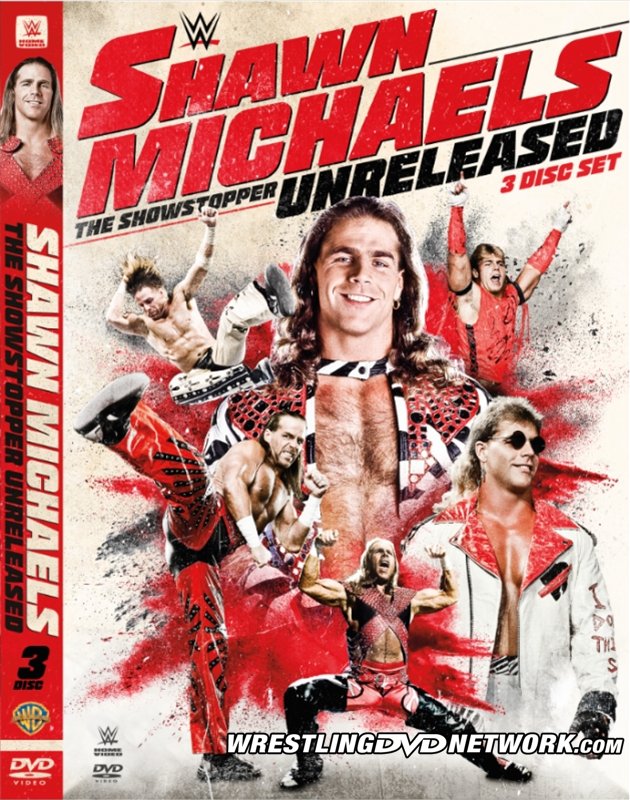 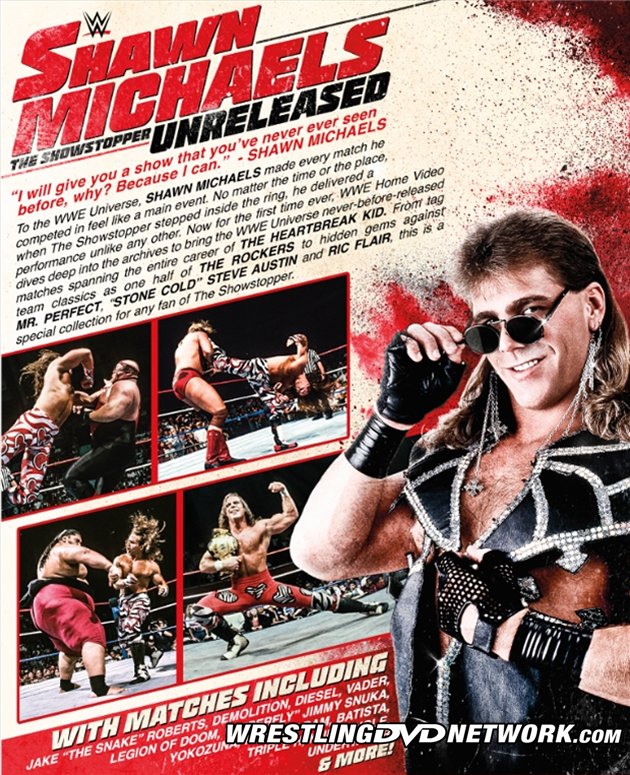 Speaking of artwork, here’s your first look at the cover design for WWE’s Extreme Rules 2018 DVD!

Most of the marquee matches from Extreme Rules are spotlighted here with imagery of 14 featured WWE Superstars. Kevin Owens’ fall from the cage is shown on the spine and the back cover.

As expected this will be a 2-disc set. We should be able to confirm any extras soon. 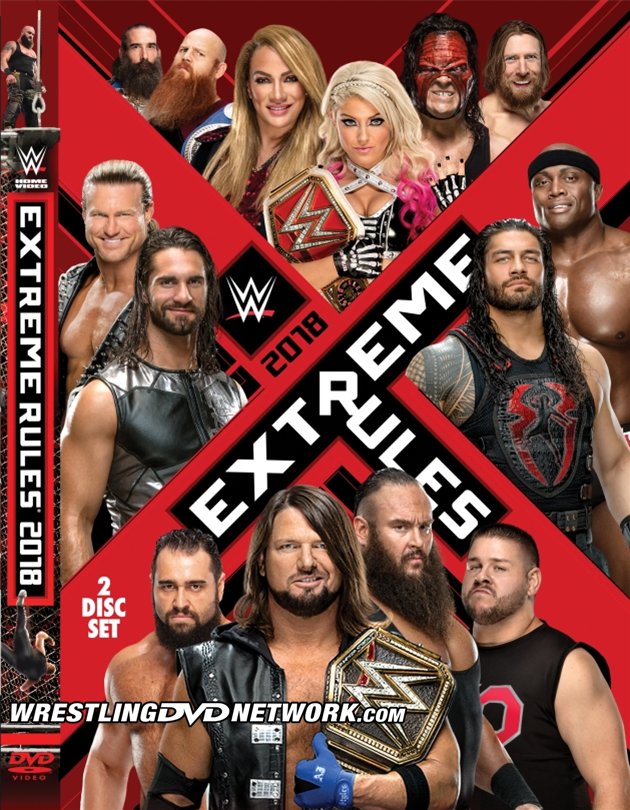 It’s the one night of the year in WWE where the rulebook is thrown out of the window. At Extreme Rules, the only rule is… there are no rules!

WWE’s biggest Superstars collide for the first time in their careers when Roman Reigns battles Bobby Lashley one-on-one. “The Showoff” Dolph Ziggler hopes to keep the Intercontinental Championship around his waist when he defends the coveted title against Seth Rollins in a 30-Minute Iron Man Match.

The RAW Women’s Championship is on the line when champion Alexa Bliss takes on rival Nia Jax in an Extreme Rules Match. WWE Champion AJ Styles puts his title on the line during Rusev Day as he makes a title defence against Rusev. 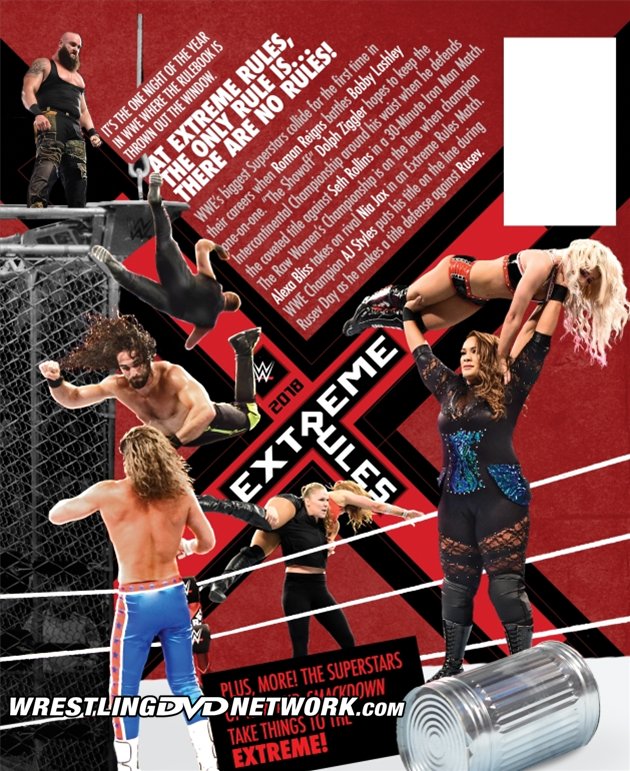 Grab a copy of the new WWE EXTREME RULES 2018 DVD…

– United States: August 14th. Get your copy of Extreme Rules 2018 here on Amazon.com.

Is July’s big WWE DVD release “The Shield: Justice For All” in your collection yet?

Below you can preview some more of the new material found in the set – one of the new interview segments with Roman Reigns in which he talks about his passion for WWE and being the guy to follow in John Cena’s footsteps. The Shield’s new WWE DVD is available now in both the USA ($20.40; Amazon.com) and the UK (£24.99; Amazon.co.uk).

"You have to be deeply in Love with this…to be away from your Family and to put your body on the Line every single Night…call me crazy..but im still in Love with this" !#RomanReigns on the "The Shield Justice for all" DVD ! #wwe
Get yours now –> https://t.co/yGlLMZRbvP pic.twitter.com/nfQpKfFGtv

The Pay-Per-View is coming to DVD on November 13th in the United States and is expected to follow as a worldwide release. This will be a 2-disc set and it can already be pre-ordered now.

It’s releasing this Tuesday to fans in the USA as a 2-disc set with the full event, matches from the Kickoff Show and a few extras taken from RAW and SmackDown Live episodes leading into the PPV. Before then, watch the trailer here:

EBAY WATCH: Here’s your roundup of the most noteworthy WWE/F DVD goodies up for grabs in eBay auctions this weekend – some great deals, some rare stuff and some massive lots!

Among them is the “Monday Night War Vol. 1: Shots Fired” Blu-ray which we noticed has been bid up to $41.00 (and priced high on Amazon) so this title might have become tricky to find. 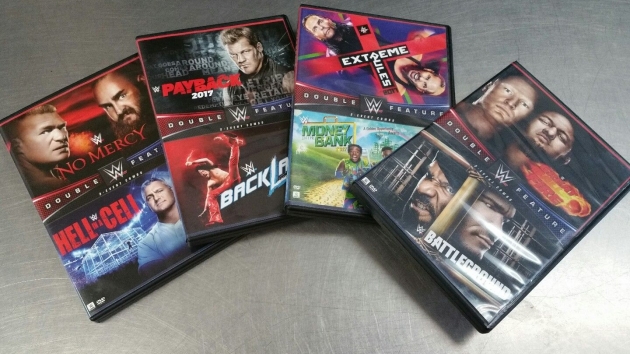