Yowie wowie! It’s time to check out the official (and rather “fiendish”) cover artwork, content listing and trailer for WWE’s Hell in a Cell 2019 DVD.

The front cover will be graced by Bray Wyatt (and The Fiend) from the event poster, the spine will showcase The Boss vs. The Man with shots of Sasha Banks and Becky Lynch, while the back cover will feature several photos of the evening’s in-ring action.

WWE Home Video UK unveiled the artwork for the UK version first this week and right now we’re doing the same for the U.S. version. Hell in a Cell 2019 will be a single-disc DVD and it’s scheduled to hit stores on November 12th (pre-order your copy), with the UK release not far behind at all on November 18th. 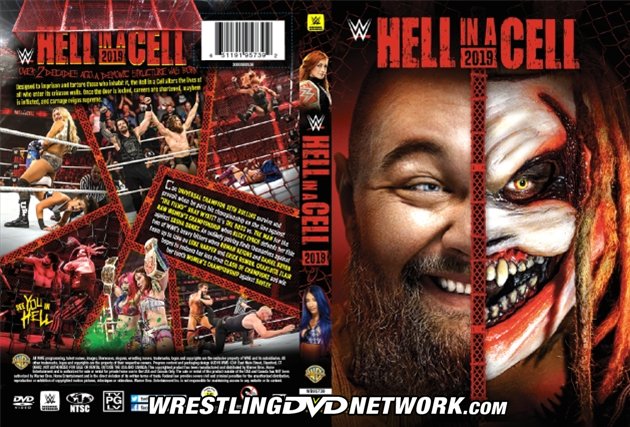 OVER 2 DECADES AGO, A DEMONIC STRUCTURE WAS BORN.

Designed to imprison and torture those who inhabit it, the Hell in a Cell alters the lives of all who enter its crimson walls. Once the door is locked, careers are shortened, mayhem is inflicted and carnage reigns supreme. Can Universal Champion Seth Rollins survive and prevail when he puts his championship on the line against “The Fiend” Bray Wyatt?

It’s The Boss vs. The Man for the RAW Women’s Championship when Becky Lynch defends her title against Sasha Banks. An unlikely pairing finds themselves against two of WWE’s heavy hitters when Roman Reigns and Daniel Bryan team up to take on Luke Harper and Erick Rowan. Charlotte Flair hopes to redeem her loss from Clash of Champions and win her tenth Women’s Championship against Bayley. 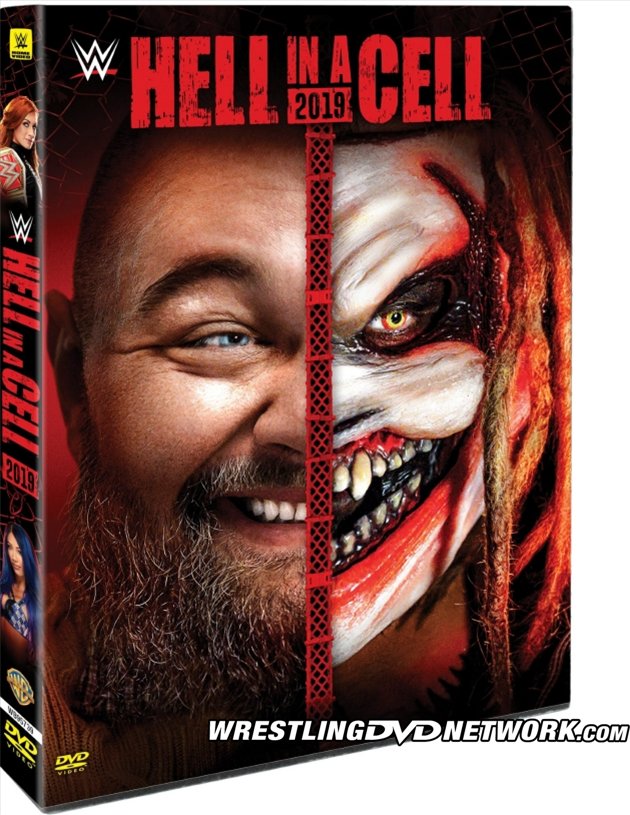 To Slay a Fiend

The Viking Raiders & Braun Strowman vs. The O.C. & AJ Styles

A Prediction from the Profits

The King Gets His Revenge 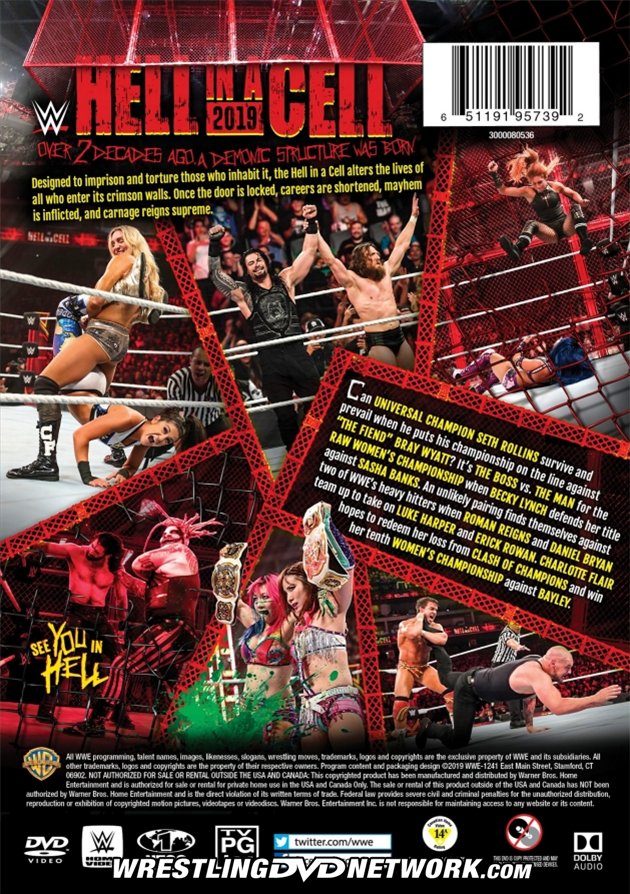 – UK/Europe: November 18th. Pre-order a copy of Hell in a Cell now via Amazon.co.uk.

“SmackDown 20th Anniversary”, the newest WWE Home Video release, officially hit stores last week and landed in the UK this week! It’s in stock on both Amazon.com and Amazon.co.uk right now. The DVD will follow to Canada next Tuesday and Australia in December. 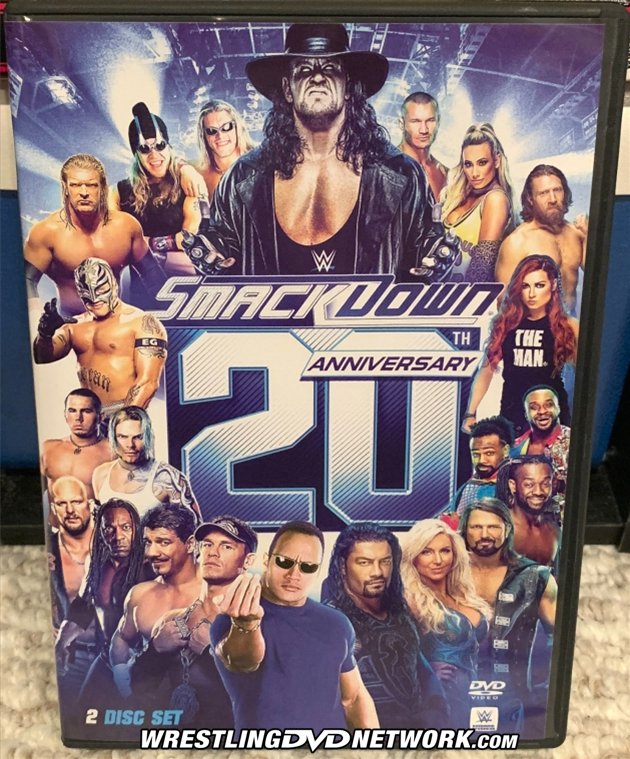 SmackDown didn’t just get a fresh new look, pyro and a new home, 20 years of the blue brand are being commemorated with the “SmackDown 20th Anniversary” DVD too! The collection packs in close to 30 matches and some out-of-the-ring segments from 1999 through 2019, all hosted by WWE Hall of Famer Jerry “The King” Lawler and Byron Saxton.

Get a look at the shiny new finished product in these pics sent in by WDN reader Matthew Tremble. 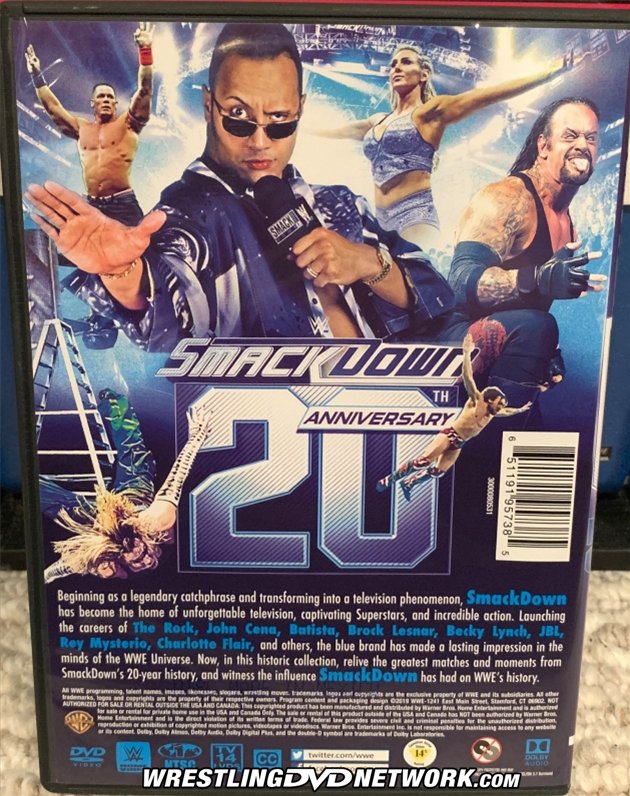 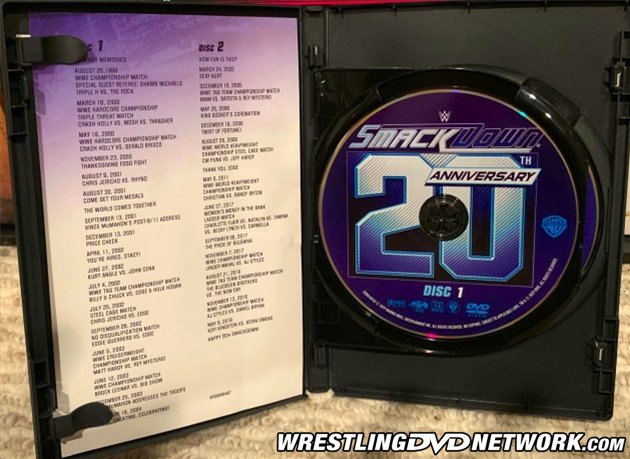 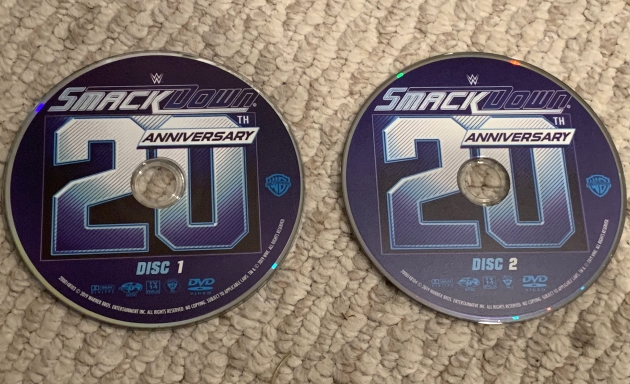 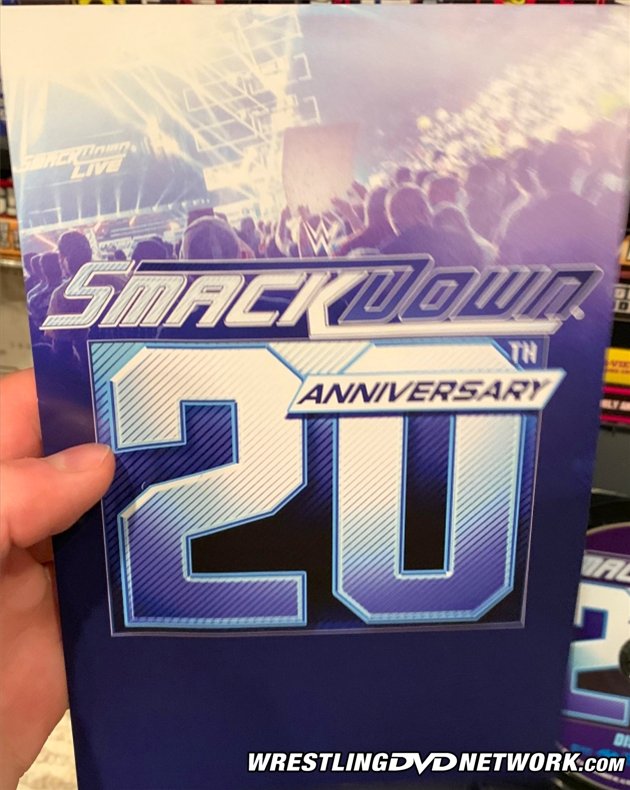 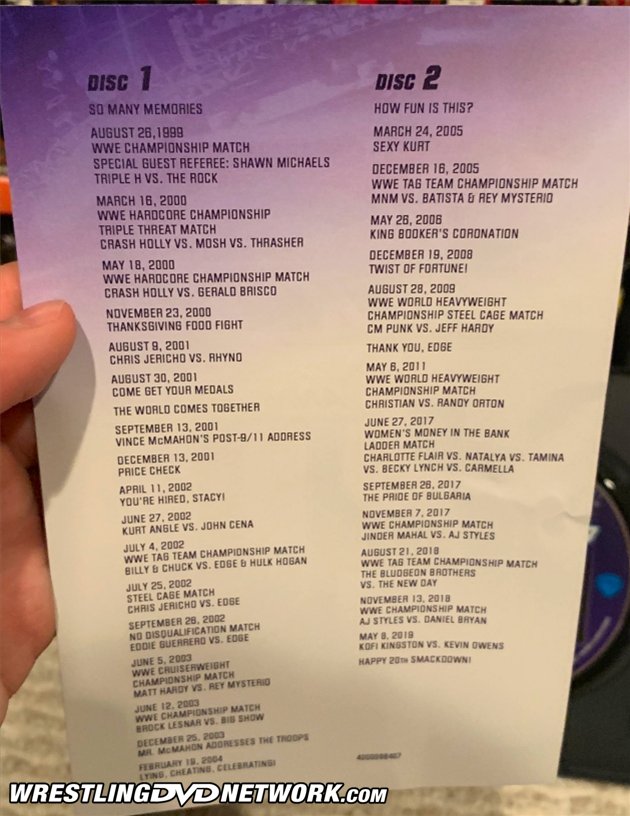 Grab your copy of the WWE “SmackDown 20th Anniversary” DVD…

– Australia: December 18th. Your pre-order opportunity is now live over at Madman.com.au. 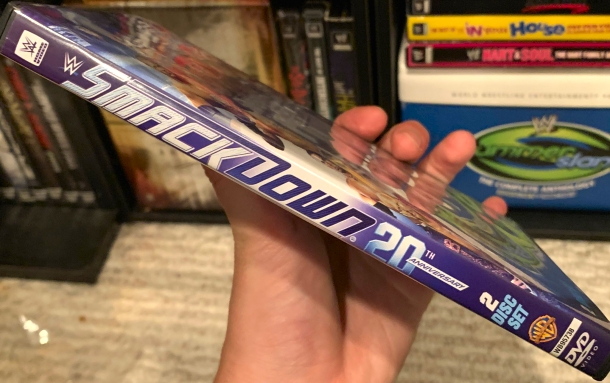