Oh, the horror! Today at WrestlingDVDNetwork.com we’re bringing you a look at the eye-popping cover artwork WWE has planned for The Horror Show at EXTREME RULES 2020, to be released on DVD in less than 3 weeks.

In fact, we’ve received both the front and back cover artwork for Extreme Rules, the official trailer, and the content listing too, which confirms the inclusion of a special feature.

The Horror Show at EXTREME RULES 2020 will arrive on DVD in the United States and Canada first on August 18th (grab it from Amazon.com), following to fans in the UK on August 31st (Amazon.co.uk), and then Australia on September 16th. 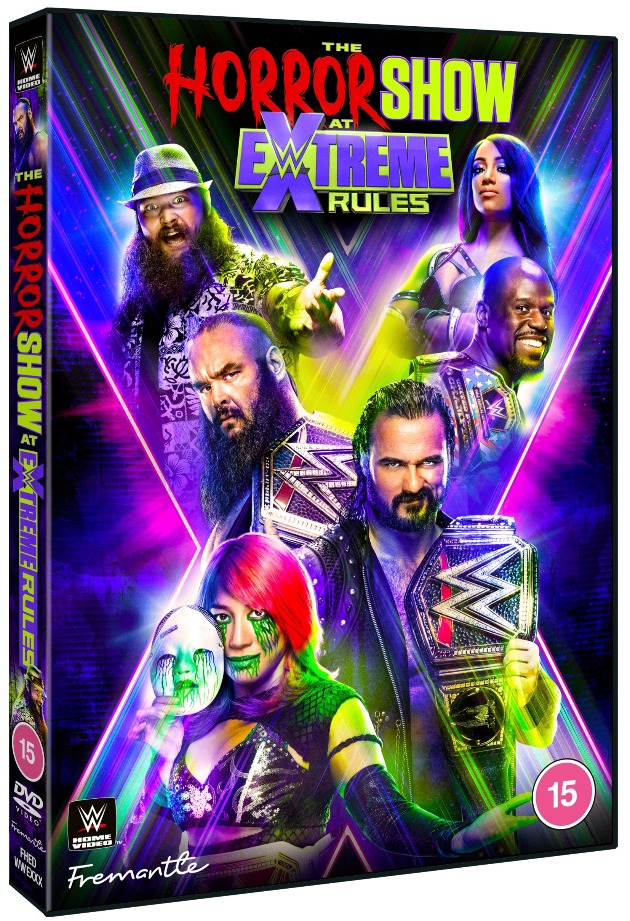 THE HORROR SHOW AT EXTREME RULES 2020

On the night where WWE throws the rulebook out the window, Braun Strowman and Bray Wyatt follow the buzzards to murky alligator-infested waters for the first-ever Wyatt Swamp Fight!

WWE Women’s Tag Team Champion Sasha Banks looks to add the RAW Women’s Championship to her gold collection when she challenges “The Empress of Tomorrow” Asuka. WWE Champion Drew McIntyre defends Claymore Country in an Extreme Rules battle against former friend Dolph Ziggler. Rey Mysterio and Seth Rollins settle their long-standing grudge in an Eye for an Eye Match, a contest so brutal that the combatants must extract their opponent’s eyeball to win.

Watch as the Superstars of RAW and SmackDown turn up the carnage during The Horror Show at EXTREME RULES! 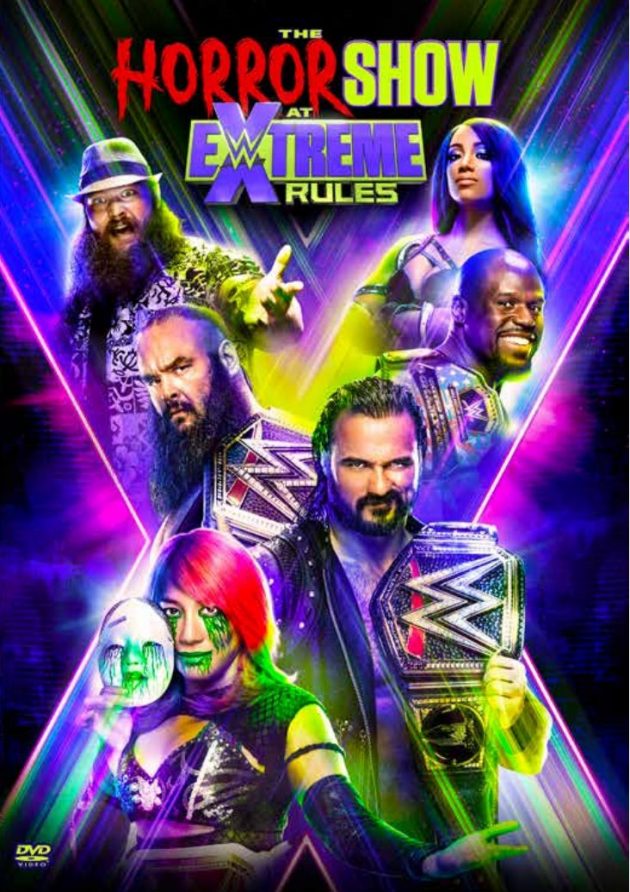 This Is the Horror Show

A Visit To The Firefly Funhouse

A Champion By Forfeit

Eye for an Eye Match
Rey Mysterio vs. Seth Rollins

Put the Champagne on Ice

An Update on Rey Mysterio 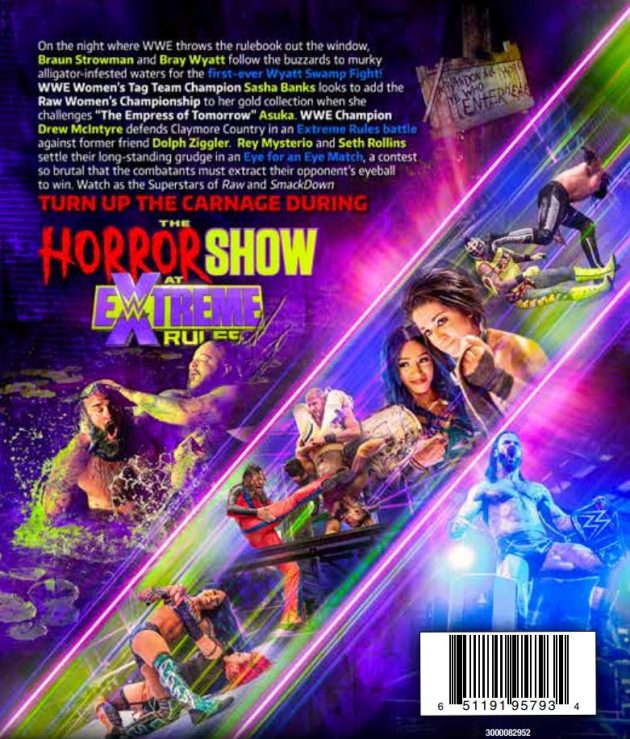 Now we can put the newly-revealed front and back covers together with the spine artwork to get a look at the full U.S. sleeve artwork (click the image below to see it in full size): 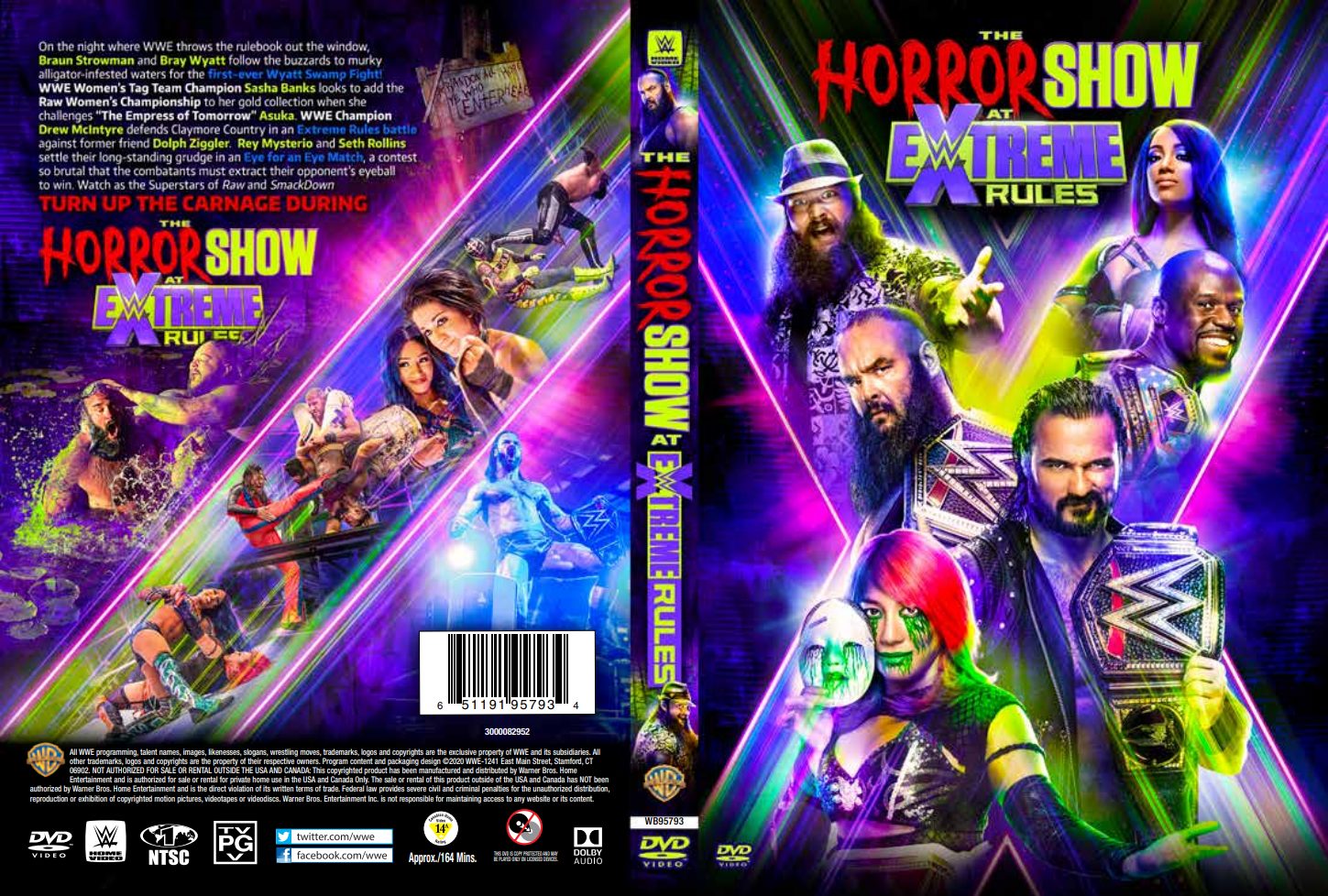 Before Extreme Rules hits stores, in less than 2 weeks WWE DVD collectors are in for a treat with the first “non-PPV” release in a long while: “Best Main Events of the Decade: 2010-2020”.

This new title came about after a turnaround on WWE’s initial decision to produce DVDs only for the monthly Pay-Per-Views events. The first WWE DVD feature set of 2020 outside of the regular PPVs is now available to pre-order on Amazon U.S., right here:
WWE: Best Main Events of The Decade 2010-2020 (DVD)

Once again, SummerSlam is scheduled only as a DVD format release in North America this year, while a Blu-ray edition is still expected for fans in the UK and Europe. 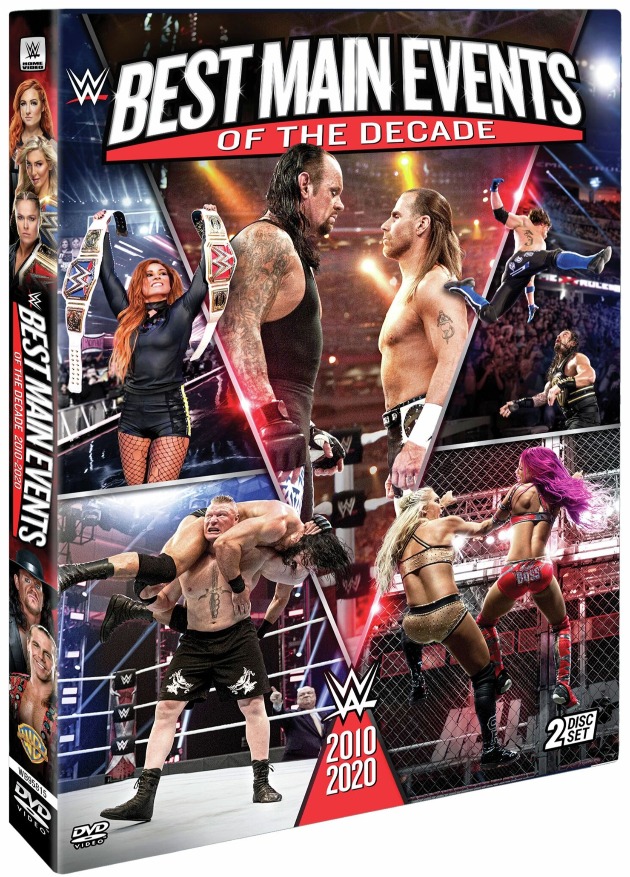 The “WWE Double Feature” DVDs are set to return!

You may recall this series bundling together PPV events in a 2-pack. Well, it’s coming back as early as August with a slight twist — expect to see WWE 24: Best of 2018 and WWE 24: Best of 2019 re-released together as a new 4-disc DVD set, while a new tag team of The Miz: A-List Superstar and Finn Bálor: For Everyone will create a combined set of their own.

Here’s the cover artwork in the works for the WWE 24-themed “Double Feature” pack: 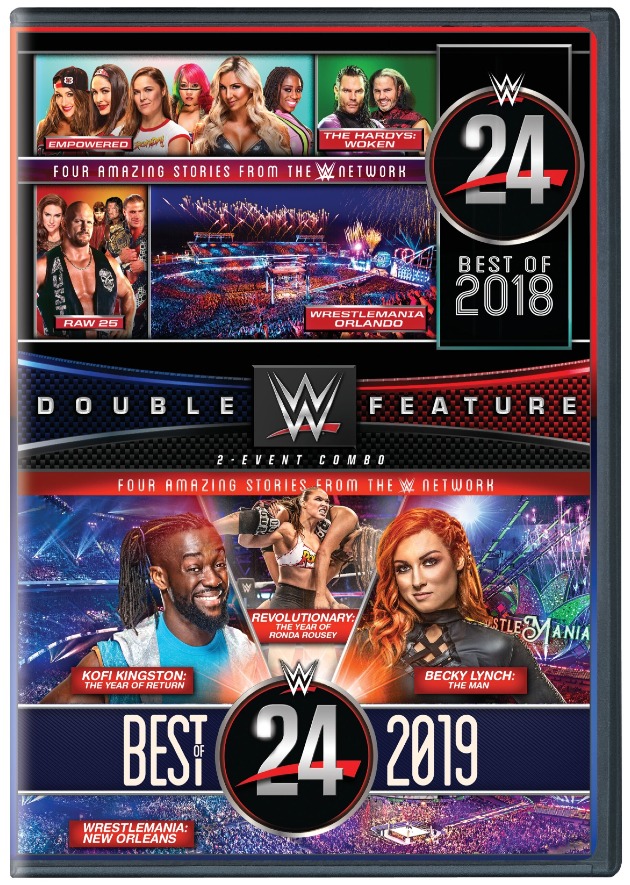