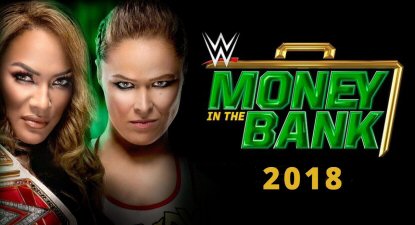 As of today it is confirmed that the MITB DVD will this year be formatted as a 2-disc set (by our count the first time the event has ran over a single disc) in order to accommodate the 4-hour event and a selection of extras. We’ve just received the finalized content listing and the cover artwork too!

The Allstate Arena in Rosemont, Illinois once again played host to the PPV which featured both men’s and women’s Money in the Bank Ladder Matches, Ronda Rousey’s singles match debut against Nia Jax for the RAW Women’s Championship, Shinsuke Nakamura squaring off with AJ Styles in a Last Man Standing Match for the WWE Championship, and unforgettable moments aplenty.

It’s time to check out the official artwork for the Money in the Bank 2018 DVD and a list of extras WWE has planned for it, one of which is a “Rowdy” segment from this week’s RAW! 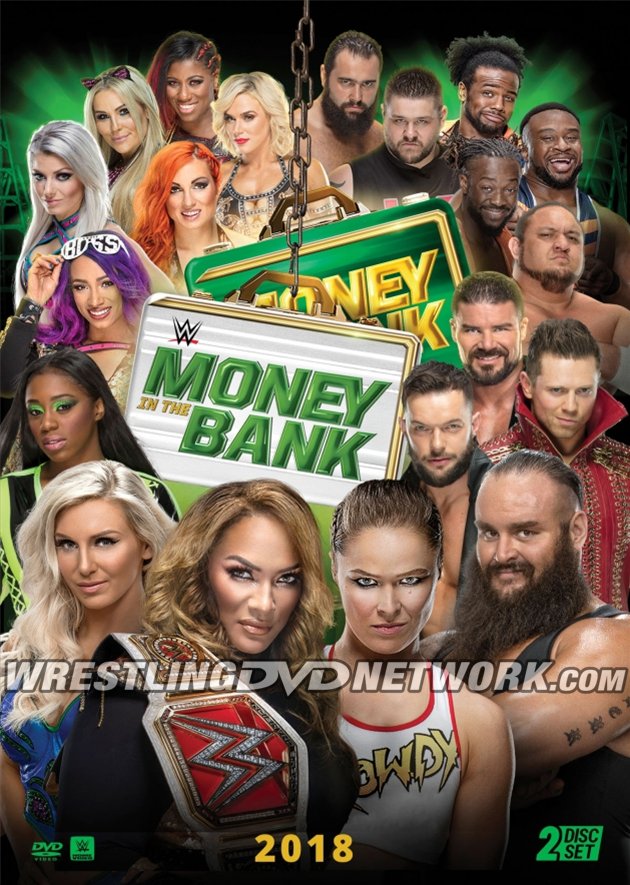 The Climb for Glory

Women’s Money in the Bank Ladder Match
Sasha Banks vs. Natalya vs. Ember Moon vs. Alexa Bliss vs. Charlotte Flair vs. Naomi vs. Becky Lynch vs. Lana

Which Brand Will Reign Supreme?

Men’s Money in the Bank Ladder Match
Braun Strowman vs. Finn Bálor vs. Bobby Roode vs. Kevin Owens vs. Kofi Kingston vs. Rusev vs. The Miz vs. Samoa Joe

MONEY IN THE BANK KICKOFF SHOW: