The planned DVD cover artwork for WWE’s latest Pay-Per-View event, Money in the Bank 2021, has been finalized by the company.

WWE Home Video UK just put together the pack shots for their UK release and kindly shared them.

This time around the PPV poster artwork couldn’t realistically be used for the front cover (because Bianca Belair didn’t compete at MITB), so, instead… expect to see an action shot of Roman Reigns and a returning John Cena from the event’s conclusion! 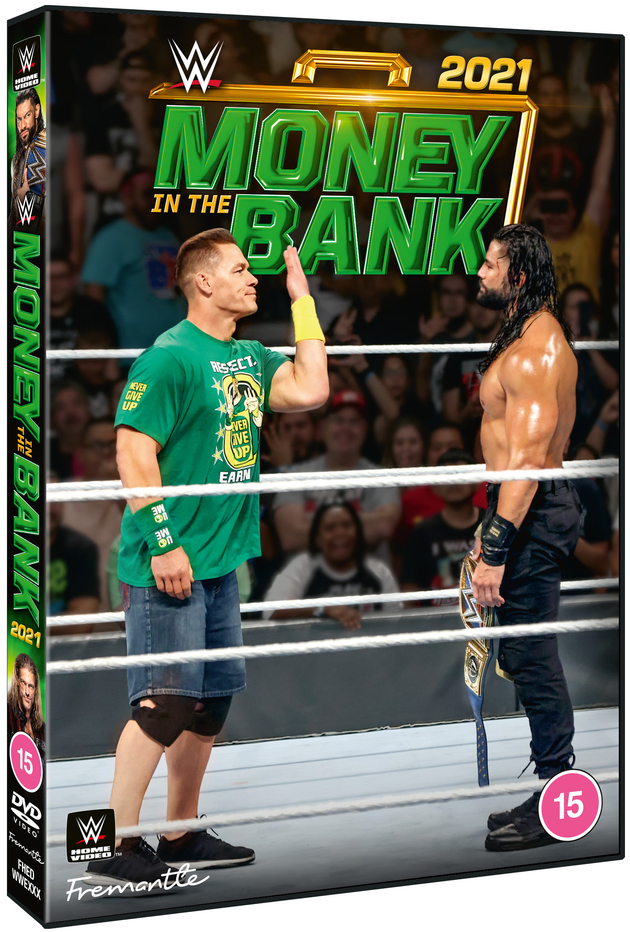 Roman Reigns and Edge, who battled over the WWE Universal Championship in the main event, will feature on the spine artwork, as you may have spotted above.

WrestlingDVDNetwork.com has received word that the DVD release of MITB will be a single-disc release; included will be the main show only, no extras, because on the night the event ran over 3 hours and 14 minutes. Therefore, any extras (including the tag match from the Kickoff Show) unfortunately just won’t fit. 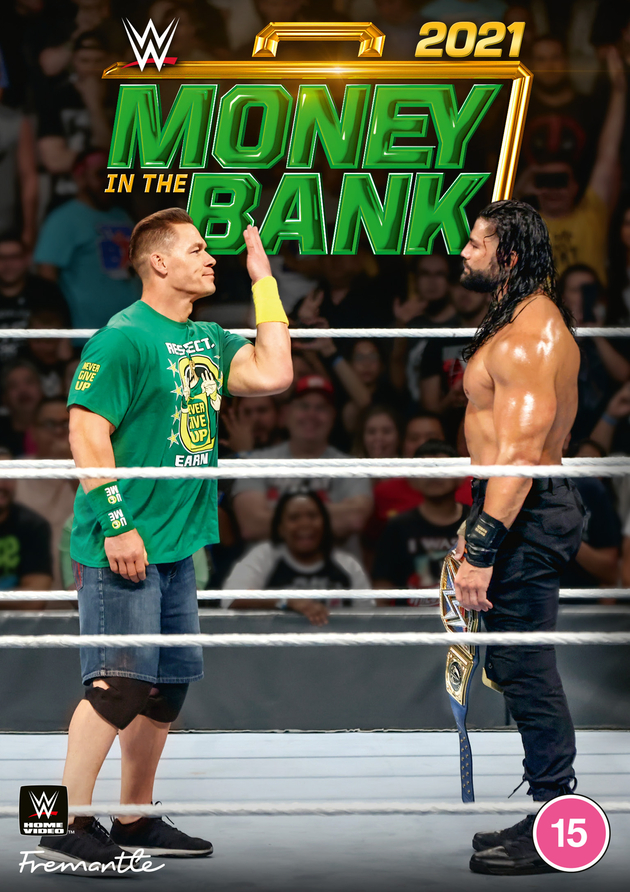 WWE Home Video UK have the Money in the Bank 2021 DVD available to pre-order now via Amazon.co.uk and WWEDVD.co.uk.

Release Dates for Money in the Bank 2021 DVD

Before then, we have a new WWE DVD in stores across the United States — Hell in a Cell 2021.

Grab your copy of the WWE Hell in a Cell 2021 DVD on Amazon.com.

Hell in a Cell officially released to US fans last Tuesday and it will follow to the UK, Europe and Australia next month. Above and below you can check out the trailer for the release and a few screengrabs of the HIAC DVD menus. 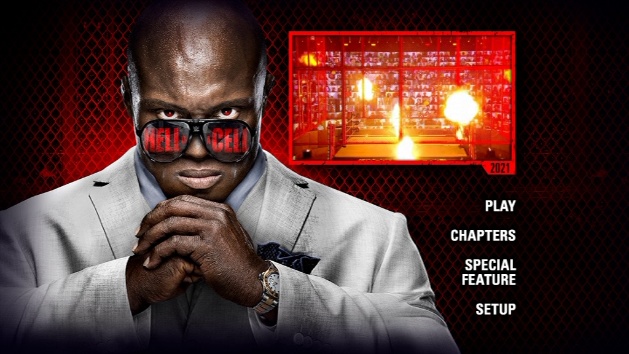 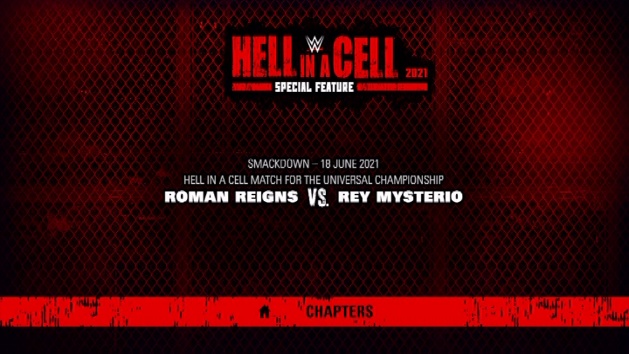 As the DVD’s cover artwork hinted at when it was revealed earlier this month (showing Roman Reigns and Rey Mysterio on the spine), the Hell in a Cell match that Reigns and Mysterio competed in on SmackDown did make the Home Video release, as a special feature! 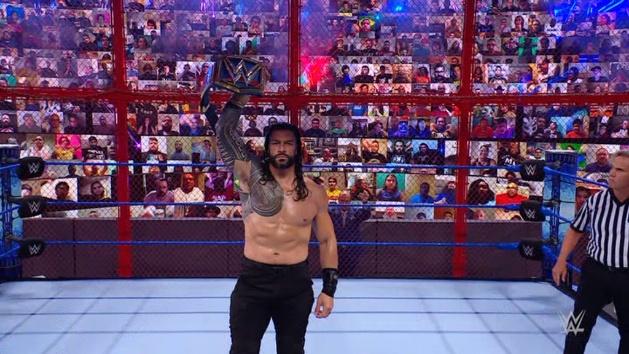 Here’s a selection of photos of the finished artwork and packaging on the HIAC 2021 DVD release, with thanks to WDN reader Matthew Tremble.

The US version includes a free Topps trading card that features The Miz. 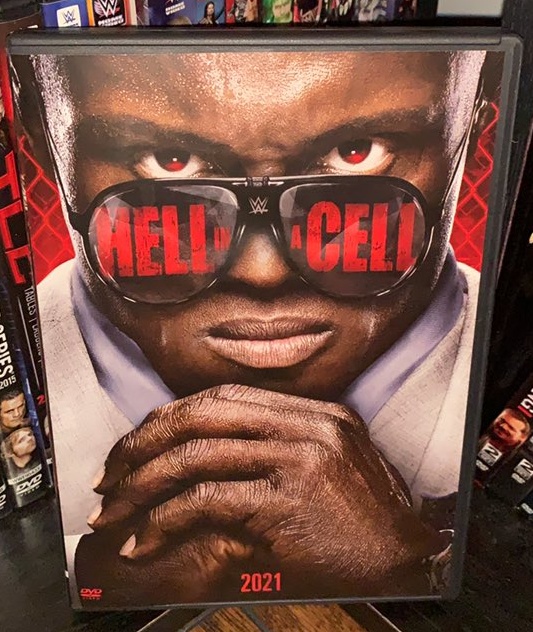 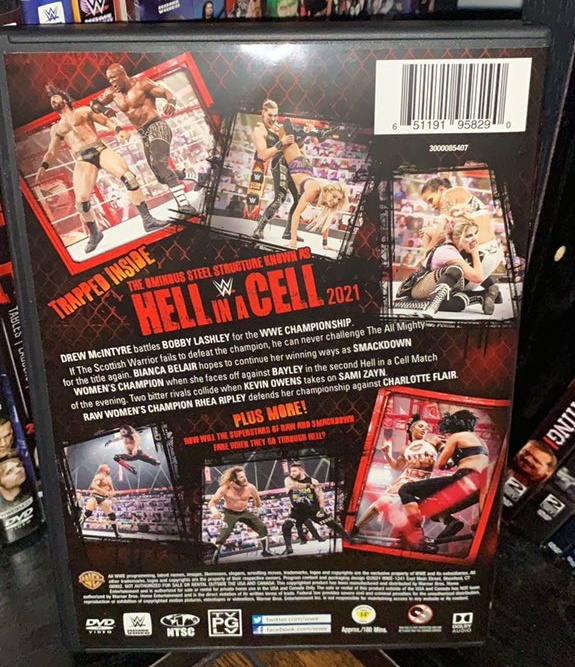 The Home of Eternal Damnation

Hell in a Cell Match for the SmackDown Women’s Championship
Bianca Belair vs. Bayley

The Queen of Spades Will End Alexa Bliss

Hell in a Cell Match for the WWE Championship
Bobby Lashley vs. Drew McIntyre 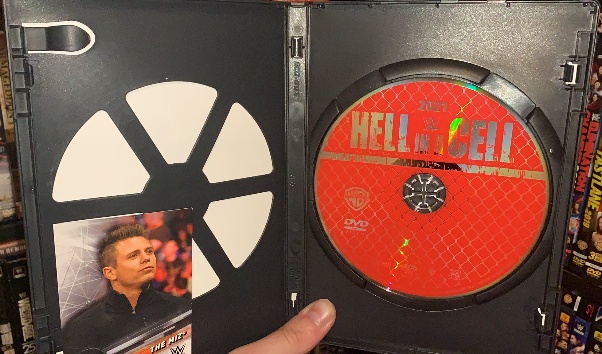 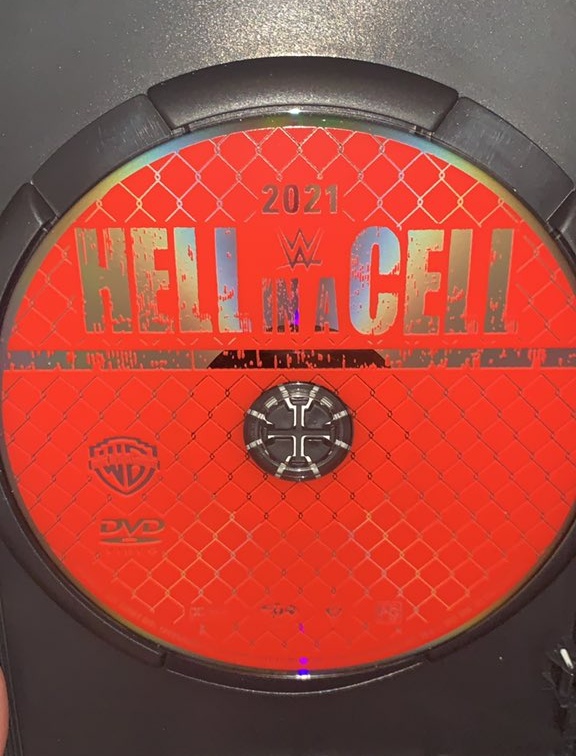 — Hell in a Cell Match for the Universal Championship
Roman Reigns vs. Rey Mysterio
SmackDown • June 18, 2021 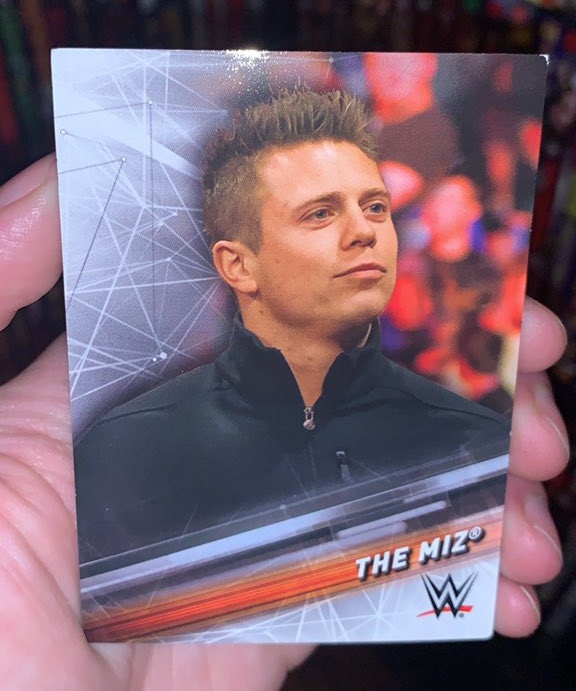 – United States: AVAILABLE NOW! Get your Hell in a Cell DVD here on Amazon.com.

– UK/Europe: August 9th. Pre-order the Hell in a Cell DVD via Amazon.co.uk. 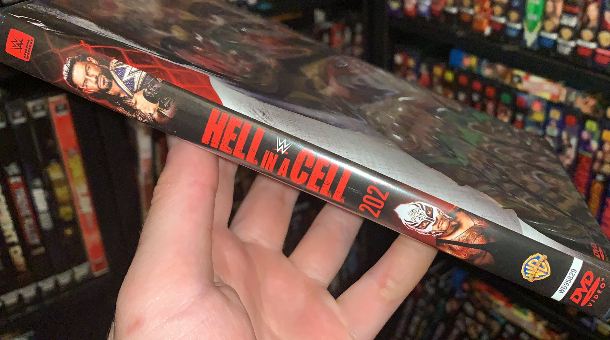