This time last week WWE’s Money in the Bank 2022 PLE was about to kick off. Today, we’re getting a look at the official MITB DVD cover artwork for the US and the UK!

The event’s poster artwork featuring Becky Lynch and Seth Rollins will be adapted for the front cover of the DVD release. The winners of the two Money in the Bank ladder matches — Liv Morgan and Theory — will be spotlighted on the back cover, along with a few other action shots from the evening. On the spine artwork will be Ronda Rousey and The Usos.

The Money in the Bank 2022 DVD release date will be August 9th to US stores. 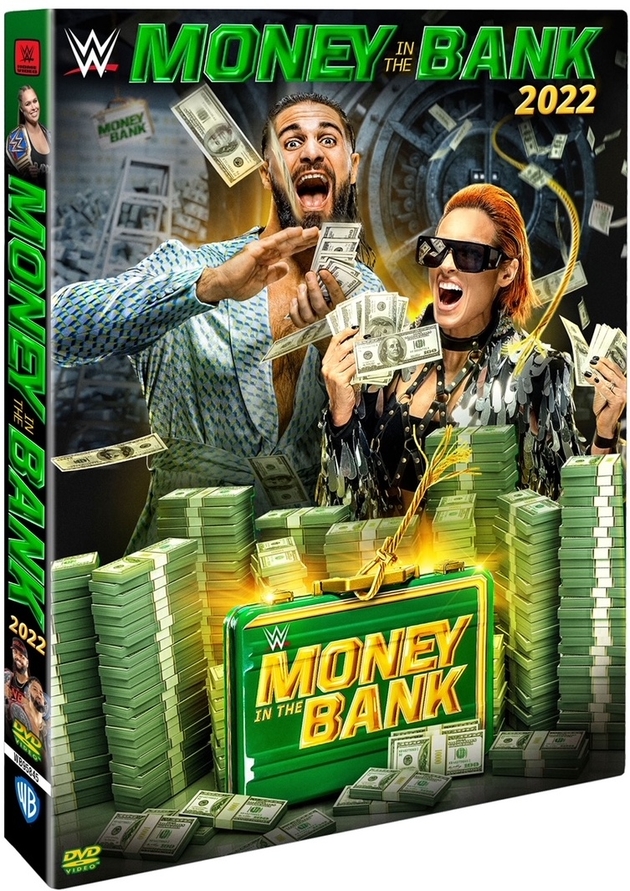 Fans in the UK will get the DVD less than a week later on August 15th. The UK box artwork will follow the same presentation, as revealed here by WWE Home Video UK:

Own it from 15th August! pic.twitter.com/cGmk4nQKdD

Want to get lucky?

WWE Superstars roll the dice for a chance to cash in and hit it big! When an opportunity at history hangs above the ring inside the Money in the Bank briefcase, Riddle, Seth “Freakin” Rollins, Omos, Sami Zayn, Sheamus, Drew McIntyre, Madcap Moss and Theory compete in a high-stakes ladder match for a guaranteed shot at the Undisputed WWE Universal Championship.

Bianca Belair defends her RAW Women’s Championship against #1 Contender Carmella. The Street Profits bring the smoke to The Usos in a match for the Undisputed WWE Tag Team Championships. Becky Lynch, Shotzi, Alexa Bliss, Raquel Rodriguez, Liv Morgan, Lacey Evans and Asuka risk it all for the chance to advance their careers and take home the gold in the Women’s Money in the Bank Ladder Match. Former best friends collide when SmackDown Women’s Champion Ronda Rousey defends her title against Natalya.

Plus, more! Everybody wants a piece of the action at… Money in the Bank 2022!

Women’s Money In The Bank Ladder Match
Becky Lynch vs. Shotzi vs. Alexa Bliss vs. Raquel Rodriguez vs. Liv Morgan vs. Lacey Evans vs. Asuka

You Only Liv Once

Men’s Money In The Bank Ladder Match
Riddle vs. Seth “Freakin” Rollins vs. Omos vs. Sami Zayn vs. Sheamus vs. Drew McIntyre vs. Madcap Moss vs. Theory 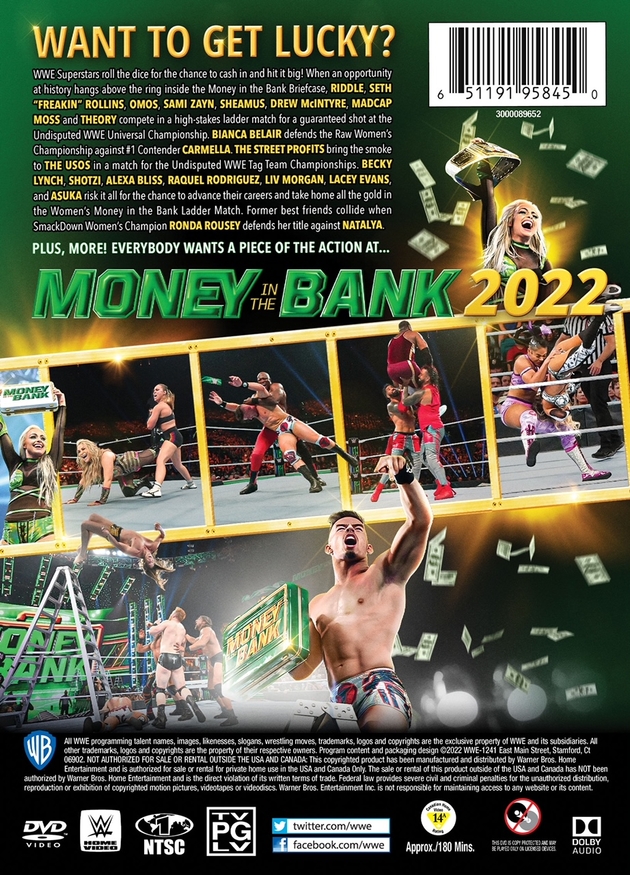 Back in April during WrestleMania season we reported that WWE is releasing an Undertaker 6-disc DVD box set. This UK exclusive will collect together every Undertaker match at WrestleMania into one complete set, so that’s ‘Mania 7 through ‘Mania 36.

WrestlingDVDNetwork.com has now received a few updates on this release, which is still going ahead for November 14th in time for the festive period. The set will be DVD only (no Blu-ray) due to it re-using the 5 existing discs from the 2015 “Undertaker: The Streak 21-1” coffin box set. The new release, however, adds in a 6th disc which completes the collection, working in Undertaker’s matches from WM31, WM32, WM33, WM34 & WM36.

“Undertaker: The Complete WrestleMania Collection” is the working title for now. We hear its cover artwork is likely to be a variant of the artwork the 2015 offering had (shown below as a reminder) and as things stand you can expect to find the new set in ASDA stores for around £20.

We also have a quick update on SummerSlam 2022 in the UK — the DVD will arrive in the region on September 19th and as is tradition, the UK will get an exclusive Blu-ray edition on the same day. 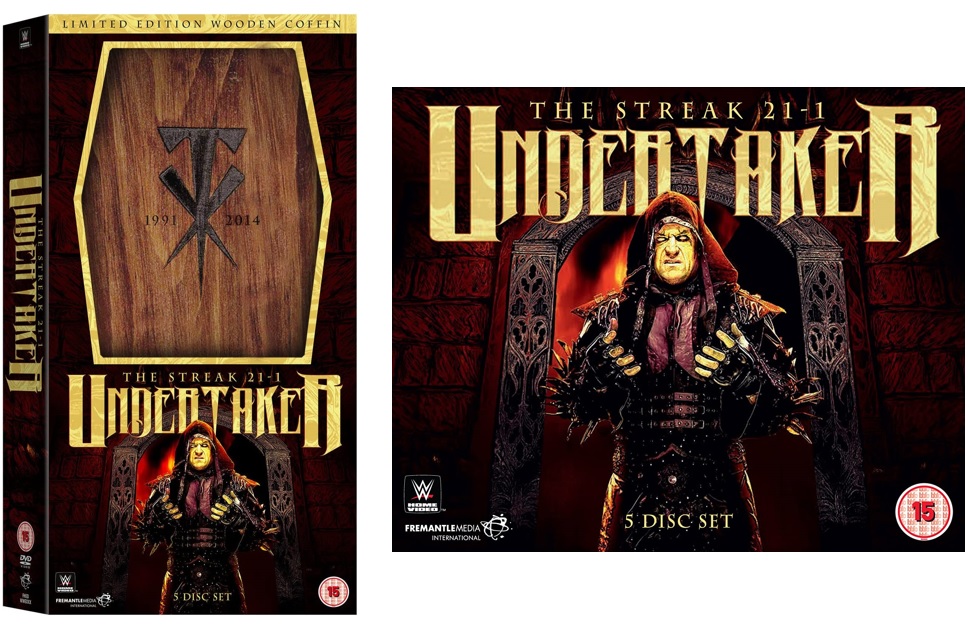