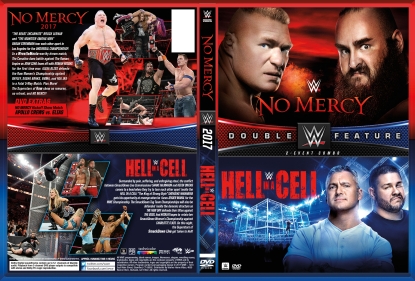 WWE has today finalized the cover artwork for their next “Double Feature” DVD that will combine last month’s No Mercy 2017 PPV with this past Sunday’s Hell in a Cell 2017 PPV.

“Double Feature: No Mercy & Hell in a Cell 2017” DVD will be stacked with all of the memorable matches and moments from those cards, including: Brock Lesnar vs. Braun Strowman, John Cena vs. Roman Reigns, Kevin Owens vs. Shane McMahon, along with the two classic tag team battles in Dean Ambrose & Seth Rollins vs. Sheamus & Cesaro, and The New Day vs. The Usos! 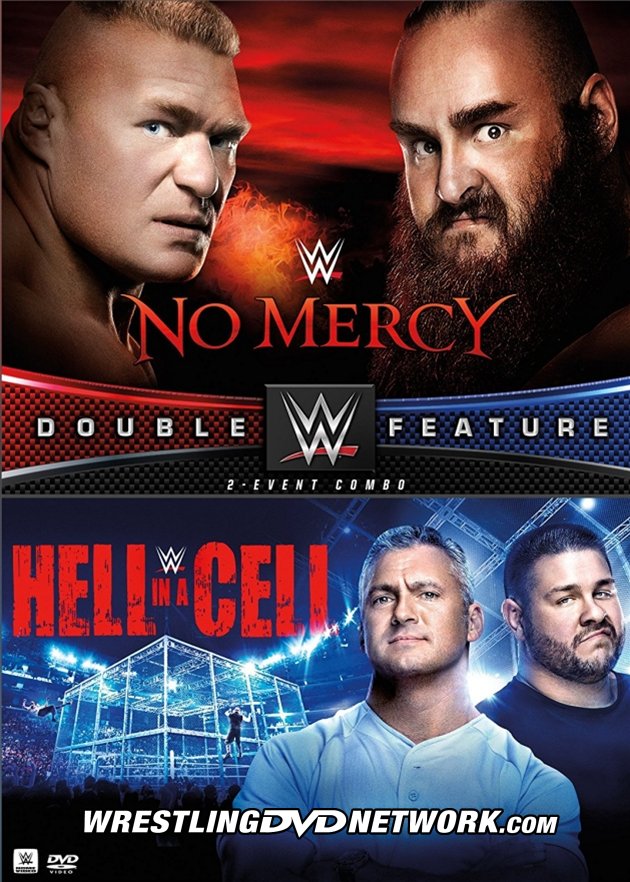 “The Beast Incarnate” Brock Lesnar and “The Monster Among Men” Braun Strowman tear each other apart in Los Angeles for the Universal Championship. In a WrestleMania-worthy dream match, The Cenation does battle against The Roman Empire as John Cena faces off with Roman Reigns for the first time ever. Alexa Bliss defends the RAW Women’s Championship against Bayley, Sasha Banks, Emma, and Nia Jax in a Fatal 5-Way Match. Plus More! The Superstars of RAW show no remorse, no retreat, and NO MERCY!

Surrounded by pain, suffering, and unforgiving steel, the conflict between SmackDown Live Commissioner Shane McMahon and Kevin Owens comes to a head when they try to tear each other apart inside the Hell in a Cell! “The King of Strong Style” Shinsuke Nakamura gets his opportunity at revenge when he faces Jinder Mahal for the WWE Championship. The SmackDown Tag Team Championships will also be defended inside the demonic structure as The New Day defends their titles against The Usos. And Natalya hopes to retain her SmackDown Women’s Championship against Charlotte Flair. On this night, the Superstars of SmackDown Live get taken to Hell!

The sole extra (confirmed so far by the artwork) is found on the No Mercy DVD disc, that being: 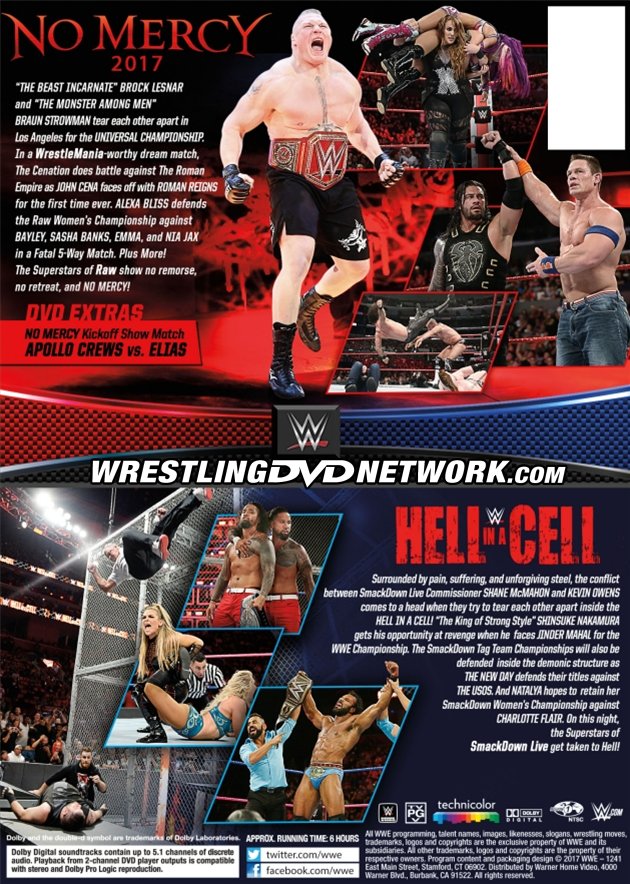 – UK/Europe: November 27th. Get the next “WWE Double Feature” DVD here on Amazon.co.uk.