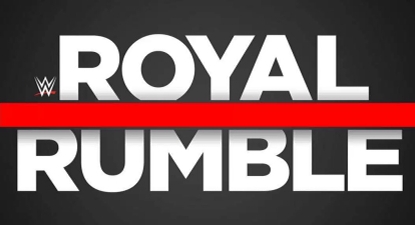 Let’s get ready to Rumble – here comes the official cover artwork unveiling for Royal Rumble 2017, a night headlined by John Cena vs. AJ Styles for the WWE Championship, Roman Reigns vs. Kevin Owens for the Universal Championship, and of course the 30-Man Royal Rumble Match.

Royal Rumble 2017 will hit stores worldwide this March on both DVD and Blu-ray formats.

The box art WWE has in the works will feature a slightly modified version of the PPV poster, and slithering on to the spine will be the 2017 Royal Rumble Match winner – Randy Orton!

Now that the artwork has been finalized, expect to see an extras list very soon. Pictured here are the UK’s DVD and Blu-ray versions, up for pre-order now here on Amazon.co.uk. 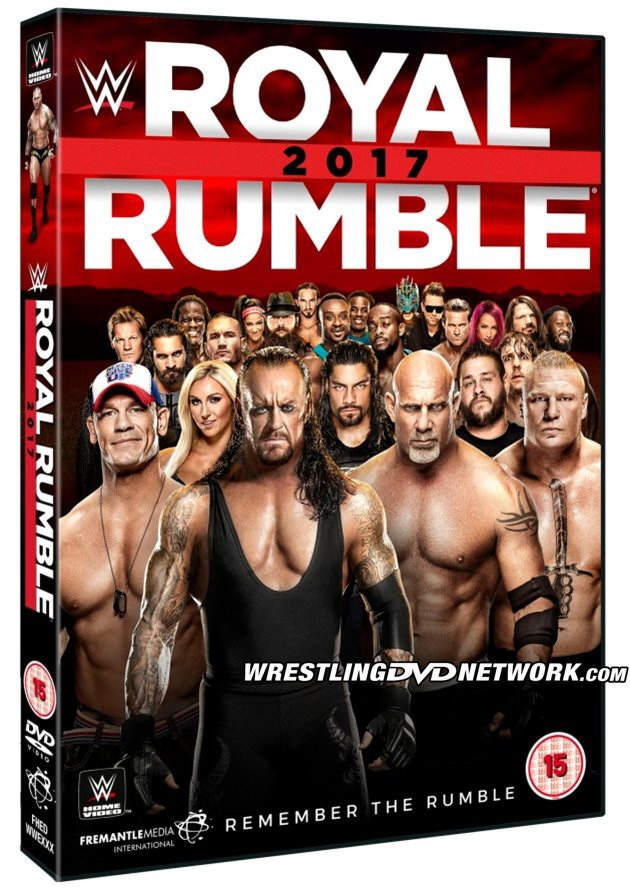 30 Superstars. One ring. One opportunity to headline The Showcase of the Immortals, WrestleMania. Superstars from both RAW and SmackDown Live compete against each other in an absolute free-for-all until one Superstar is left standing to claim their prize. 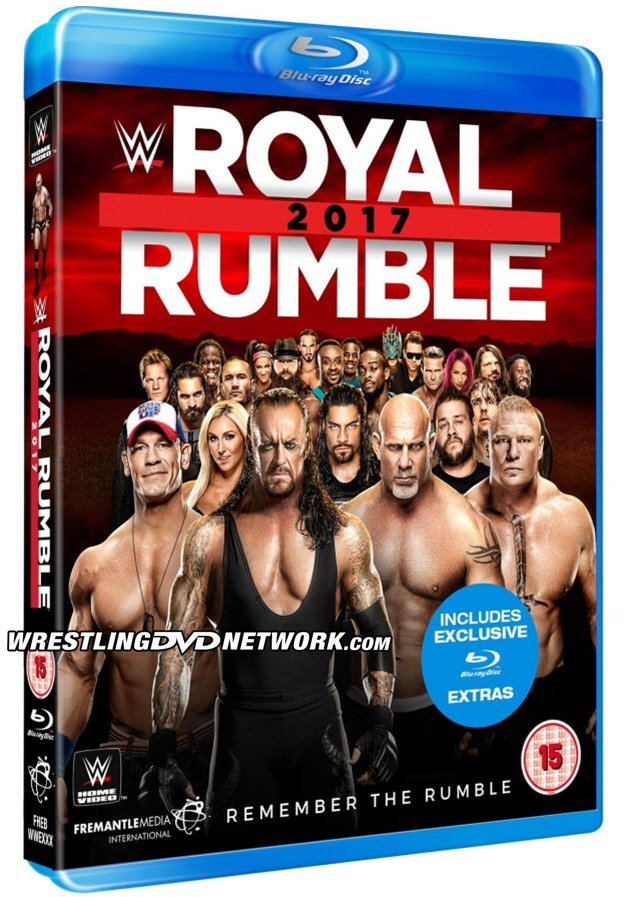 – USA: March 7th. Lock in a pre-order for the Royal Rumble now here on Amazon.com.

Be sure to head over to WWEShop.com right now for their latest “$5 Friday” sale — because this one includes the new Rumble Story Blu-ray for just $5 today only, while stocks last! 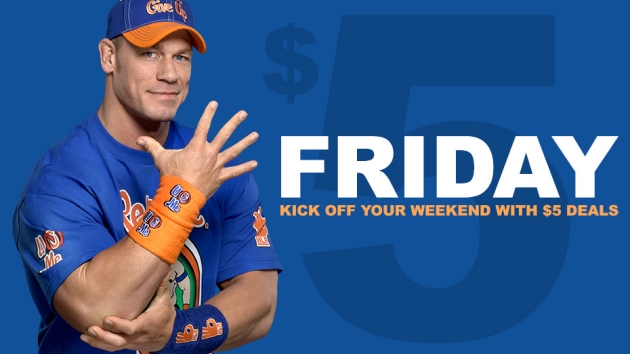 WrestlingDVDNetwork.com has learned that WWE is set to re-release the “Owen – Hart of Gold” DVD originally put out in late 2015, now as a documentary-only feature.

This will be a single-disc title and will join “Destruction of The Shield” and “Greatest Wrestling Factions” as new re-releases made available exclusively to fans in the United States.

Each of these will now be housed in standard amaray DVD packaging with cover artwork that differs slightly to the previous offerings, as shown below. For example, the background of the Factions DVD will be blue, and the border around the “OWEN” text on the Owen Hart DVD will be white.

Look for them in stores this coming Tuesday! 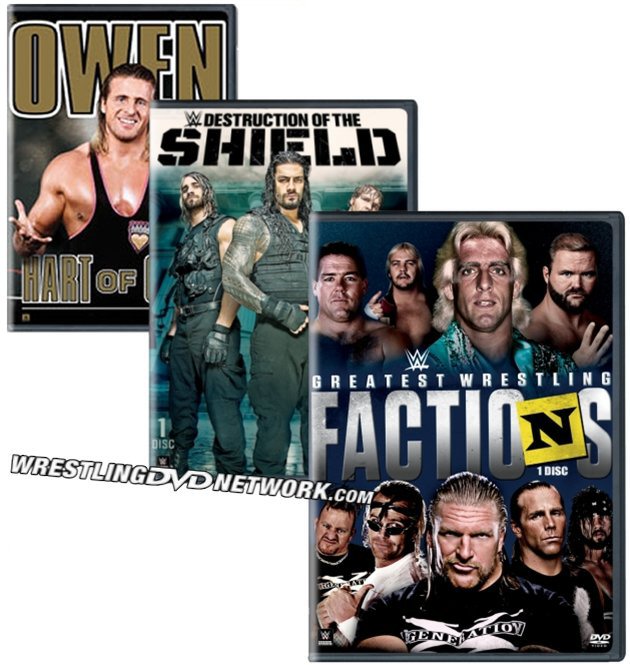 Also coming next week is a Blu-ray edition of TLC: Tables, Ladders & Chairs 2016.

As you’ll know, this SmackDown Live PPV event has only seen a DVD release up to now.

Below we have a pre-release look at the extras found on the UK exclusive Blu-ray and each of their runtimes. Get your copy ordered ready for this Monday here on Amazon.co.uk. 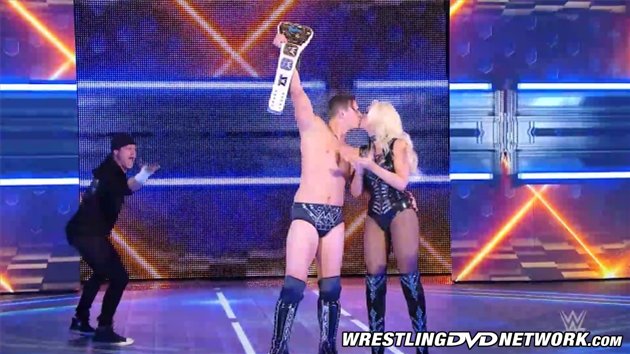 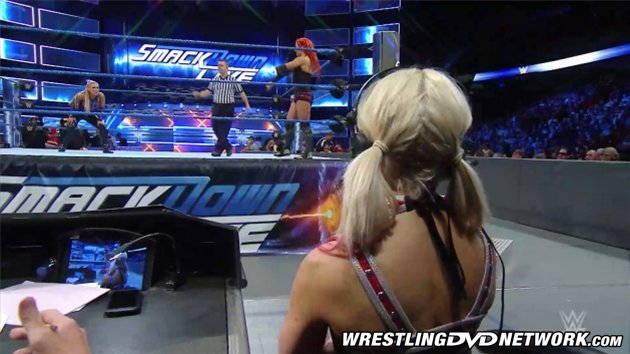 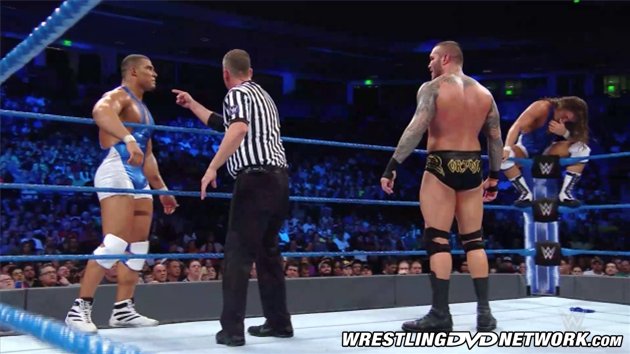 We’re hearing that the current plan is to produce these packs for all of the non-“Big 4” PPVs.

The “Double Feature” sets look to be strictly DVD-only for now. As there are no Blu-ray editions planned for these new PPVs it brings into question whether or not the UK exclusive standalone PPV Blu-rays, like TLC 2016 mentioned earlier, will continue. More when we get it. 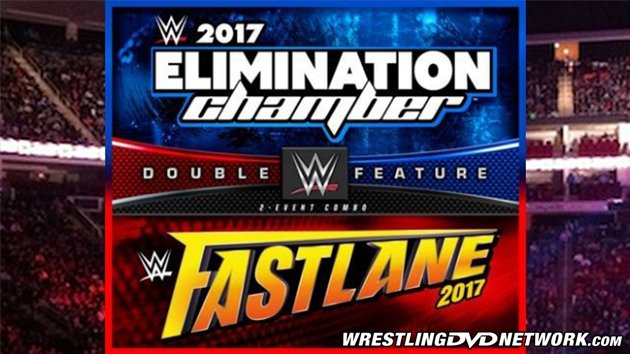 PAY DAY SALE: Heads up to fans in the UK, this weekend you can grab 25% off anything and everything over at WWEDVD.co.uk when buying 3 or more DVD/Blu-ray titles.

Simply enter promo code “PAYDAY1” when checking out with your purchase.

The site is also offering a free John Cena headband and wristband set with any pre-order of the WrestleMania 33 DVD, Blu-ray or Steelbook! Both promotions are due to end on Sunday. 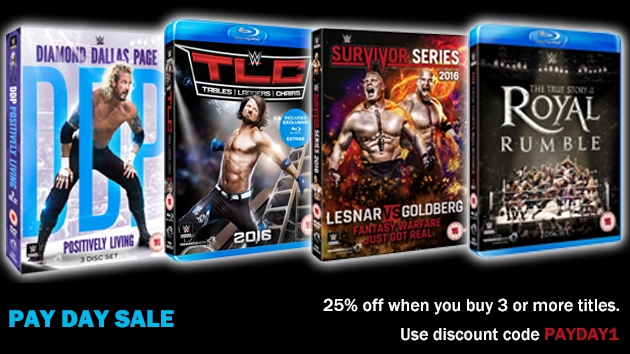 WEEKEND GOODIES: Here’s a rundown of the very best WWE DVD auctions to “Watch” for on eBay this weekend, including these two big Anthology box sets going cheap… 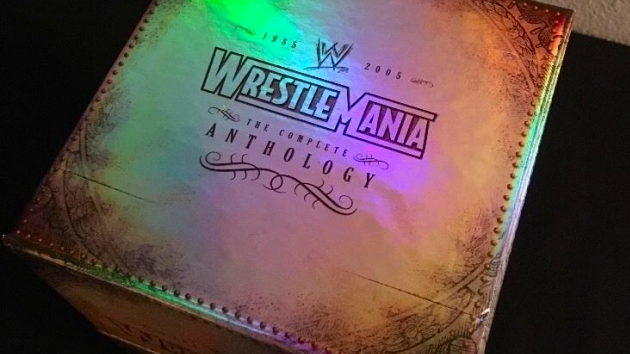 And tons of WWE Blu-rays to add to your collection, currently priced from only $1 each…