Fans in Canada are being treated to SummerSlam this weekend AND a new WWE DVD sale! WWE’s official Twitter account revealed that select titles are as low as $10 at Walmart stores right now.

Add to your #WWEDVD collection, starting as low as $10 at @WalmartCanada– in stores only for limited time. pic.twitter.com/XGD6PdoJdl

We announced the SmackDown-themed release as part of the Q4 2019 WWE DVD schedule, closing out the year with the return of WWE 24 episodes to Home Video, the first-ever Finn Bálor DVD to be titled “Finn Bálor: For Everyone”, and the usual line-up of Pay-Per-View events.

If you missed the first peek at the cover, here’s another look:

We can now confirm that this artwork is final (with only very minor tweaks made to it since), and today we exclusively show you the full cover artwork in its entirety, front and back!

WrestlingDVDNetwork.com can exclusively reveal that Jerry Lawler and Byron Saxton will be your hosts. With these new details, the cover artwork design and product pages, the full content listing for “SmackDown 20th Anniversary” shouldn’t be far behind — stay tuned! 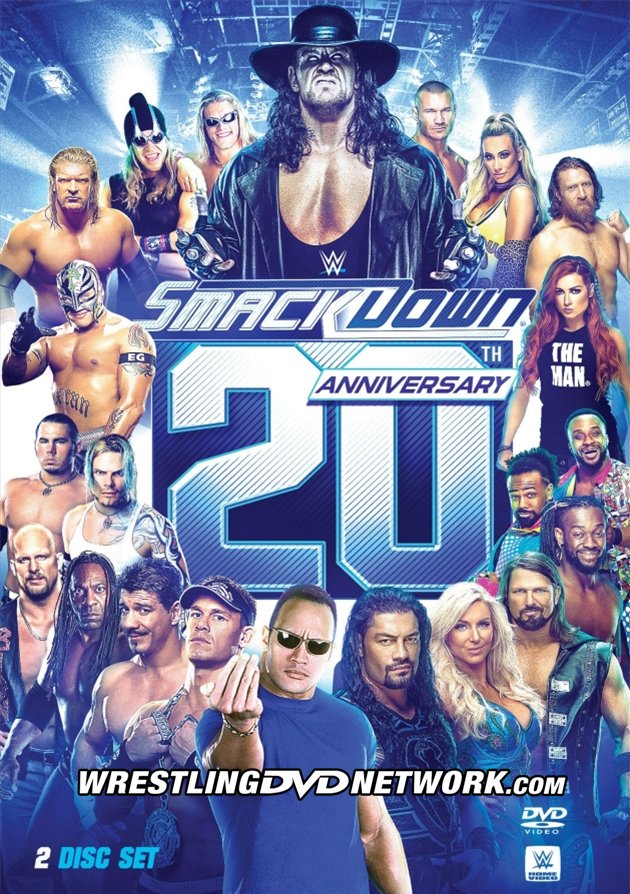 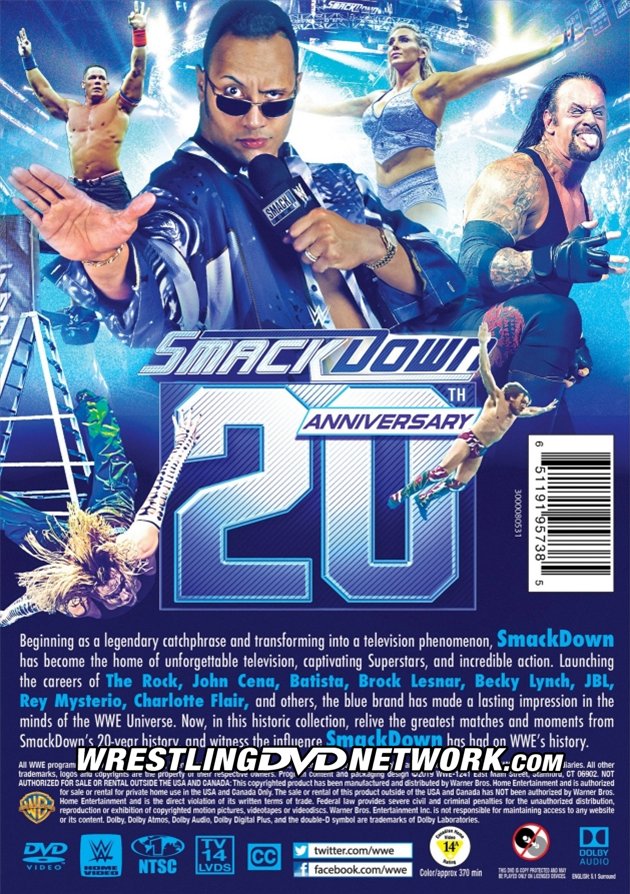 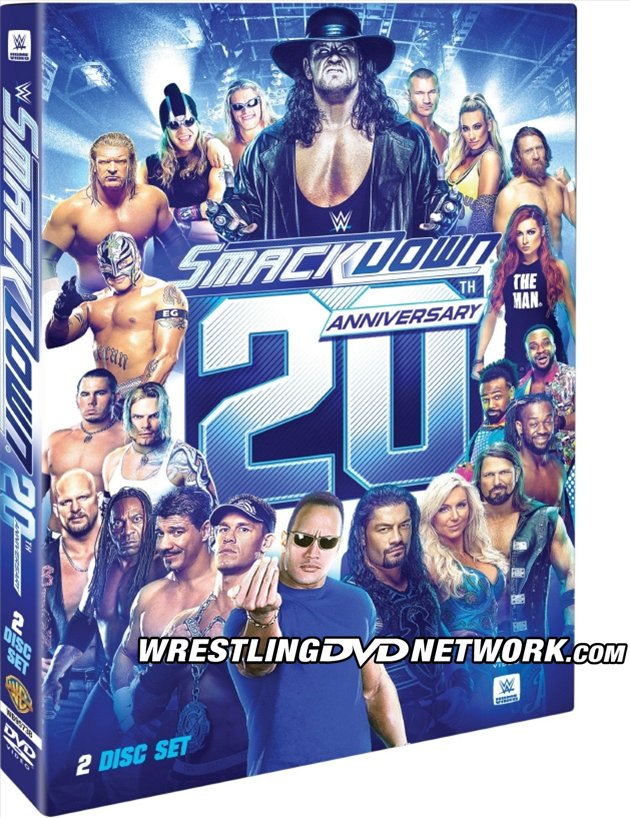