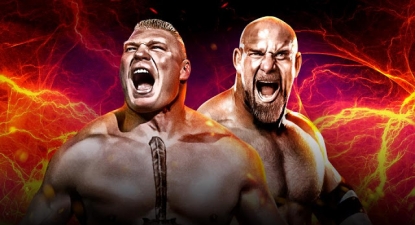 A Mega Event, a Mega Match, and now a Mega DVD Cover!

We can now confirm the official cover artwork WWE has planned for the Survivor Series 2016 DVD next month. The PPV featured a plethora of matches pitting RAW and SmackDown Live Superstars up against each other, including three Traditional Survivor Series Elimination Matches.

Brock Lesnar and Goldberg headlined the show and they will now be gracing the cover of the WWE Home Video release. Check out the reveal below and lock in a pre-order for Survivor Series 2016 on DVD, or instead the UK exclusive Blu-ray if you’re in Europe.

With the artwork now unveiled, the list of extras can’t be far behind – stay tuned! 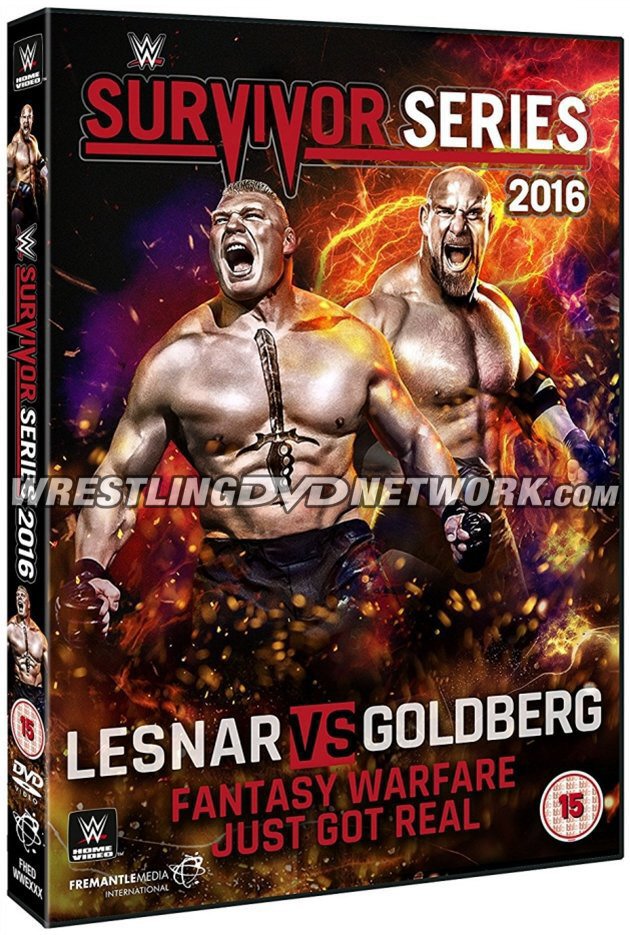 Survival is the sole mission for friends and foes alike when the Superstars of RAW and SmackDown Live compete against each other under one roof at WWE Survivor Series.

In a Mega Match main event, Goldberg returns to action after a 12-year absence to face off against “The Beast Incarnate” Brock Lesnar. 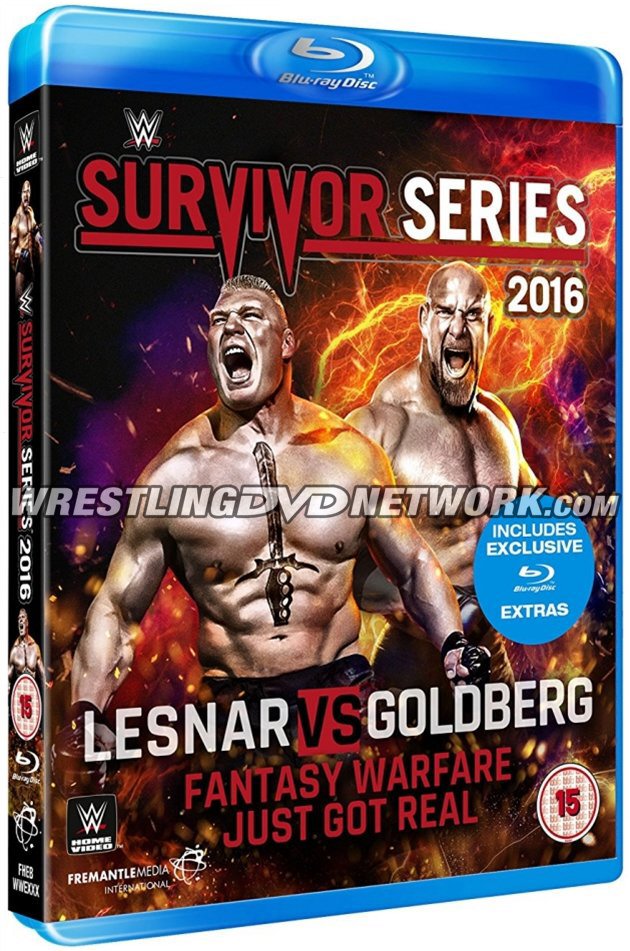 Heads up, the next WWE Home Video release is on the way… TOMORROW!

The Hell in a Cell 2016 DVD is about to hit stores across the United States. Despite it being a new release, the price has been slashed to just $7.51. Get that special price here on Amazon.com.

Below, get a look at the full artwork planned for the packaging: 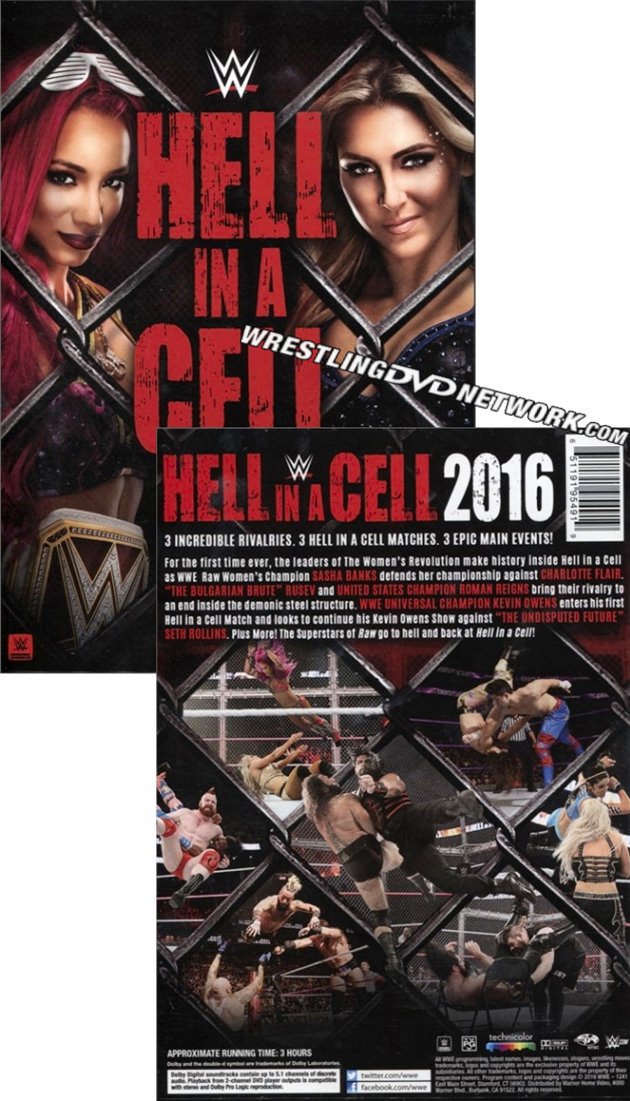 CYBER MONDAY: It’s Cyber Monday and WWE is continuing their huge Black Friday sale into today with nearly 600 products marked down by up to 75%, here on WWEShop.com.

Head to the sale, find what you’re looking for, and enter code “CYBER” to get a further 25% off! Remember, shipping is FREE (a rarity for WWEShop) when your order reaches $15 or more.

Lots of demand for the DVD deals over the weekend has reduced the number of deals to be had down to 15 (and just 27 Home Video titles left stocked on the whole site). However, there are still some goodies to be had with prices starting around the $5 mark, such as all these… 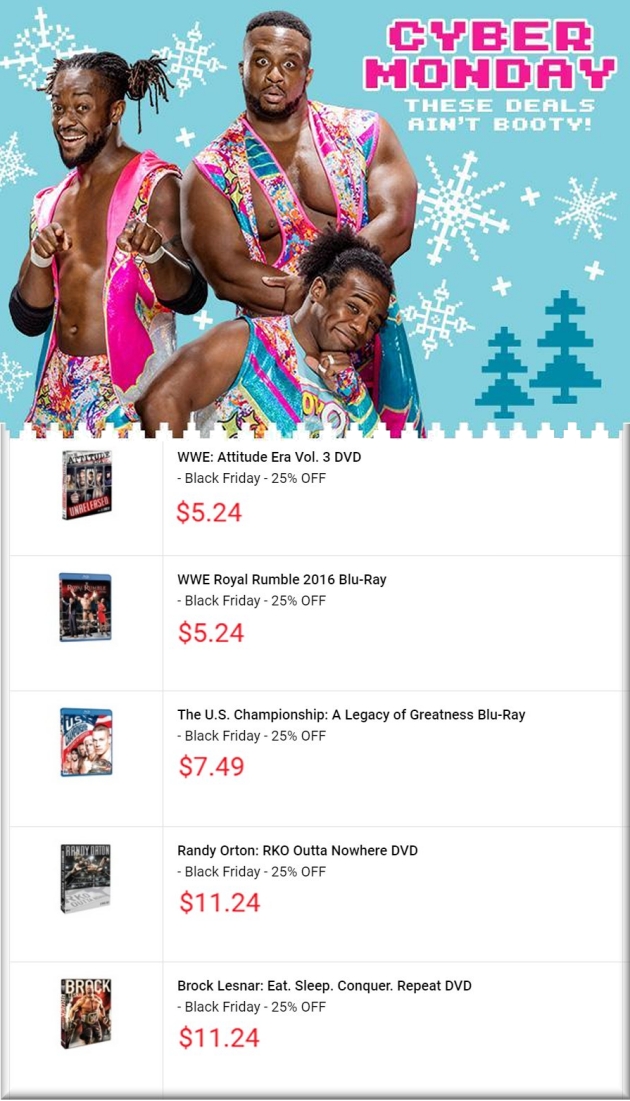 CYBER MONDAY: Click here to see all of WWE’s Cyber Monday deals at WWEShop.com
(All prices EXPIRING SOON – gone for good in the early hours of tomorrow morning!)

CYBER MONDAY (UK): The deals continue over on the UK’s WWEDVD.co.uk website this Cyber Monday. This time around it’s all about the WWE Blu-rays, with the following deals offered: 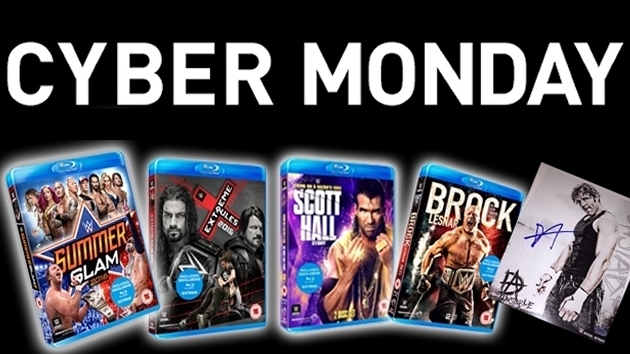 RARE STUFF: Our latest round-up of tricky-to-find WWE DVDs up for grabs on eBay reveals this big lot of Divas DVDs, which you’ll notice includes a couple of original print WWF DVDs:

Joining that collection are these WWF DVDs too, including big-hitters like WrestleMania 17… 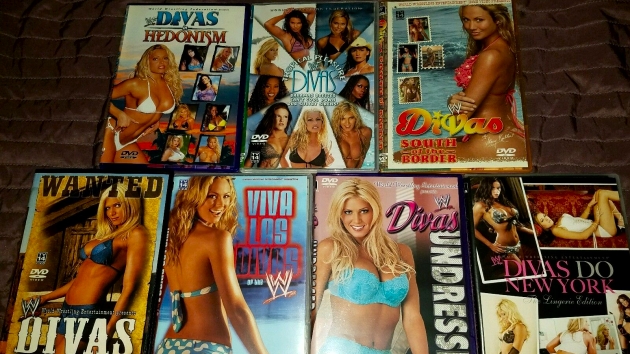 Speaking of WrestleMania’s, here’s a big Blu-ray lot to add to your Watch List…

And these Steelbook Blu-rays will both be gone after today…